It’s not a household name in Europe yet, but Palm Beach Yachts intends to change all that. And with its intoxicating mix of quality construction, advanced hull design, and sleek styling, it might just succeed.

An Australian boatbuilder of some repute that was bought by Grand Banks in 2014, it has introduced a new GT series to follow up its line of hardtop and flybridge models. The first, the GT50, is based on an existing hull with the addition of significantly more horsepower, fuel capacity, and performance. At the Cannes show in September, the GT50 Open made its European debut. It made an excellent impression. The E-glass and Vinylester hull was finished to a mirror sheen, and every aspect of the interior fit-out felt solid and long-lasting. Being essentially a Grand Banks product, built at the company’s long-established yard in Malaysia, that might not seem too surprising, but the cool design, curvaceous moldings and minimalist styling (no guardrails!) are hardly going to get nods of recognition from old-school trawler-yacht fans. And the deck and superstructure are constructed entirely of lightweight carbon-fiber. 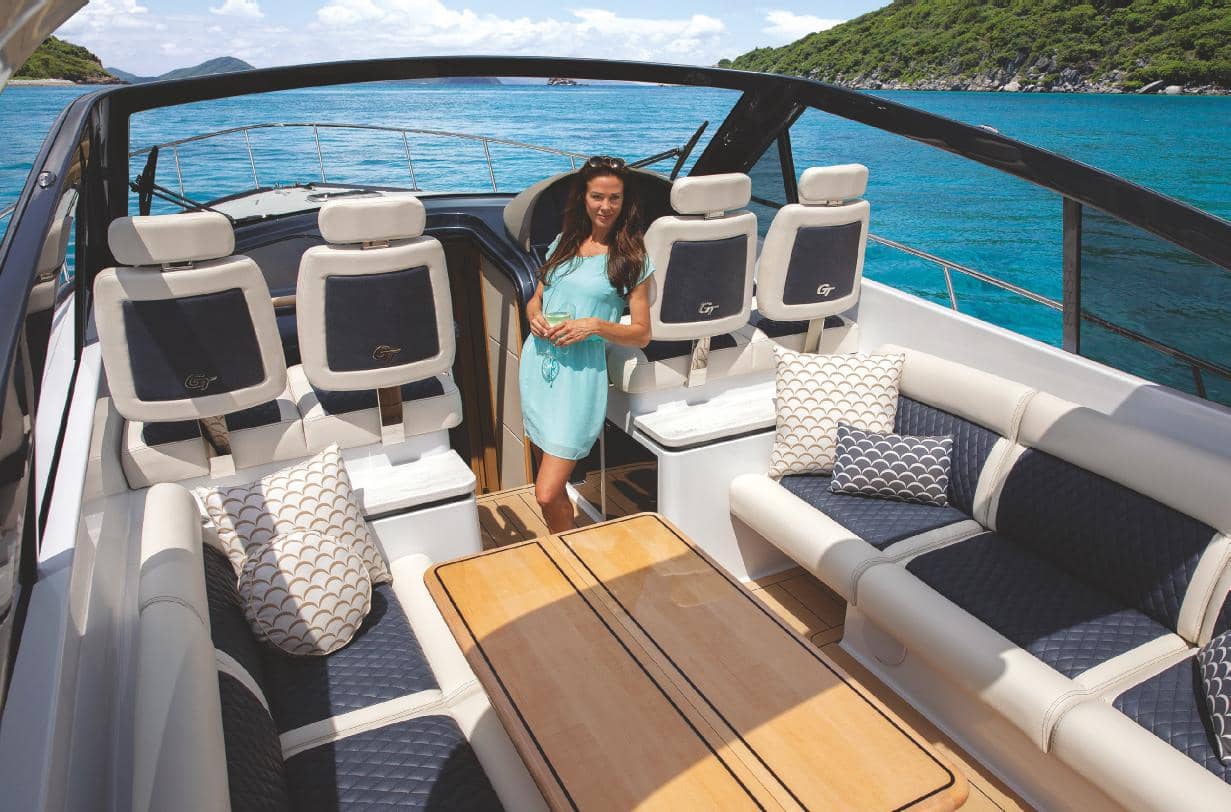