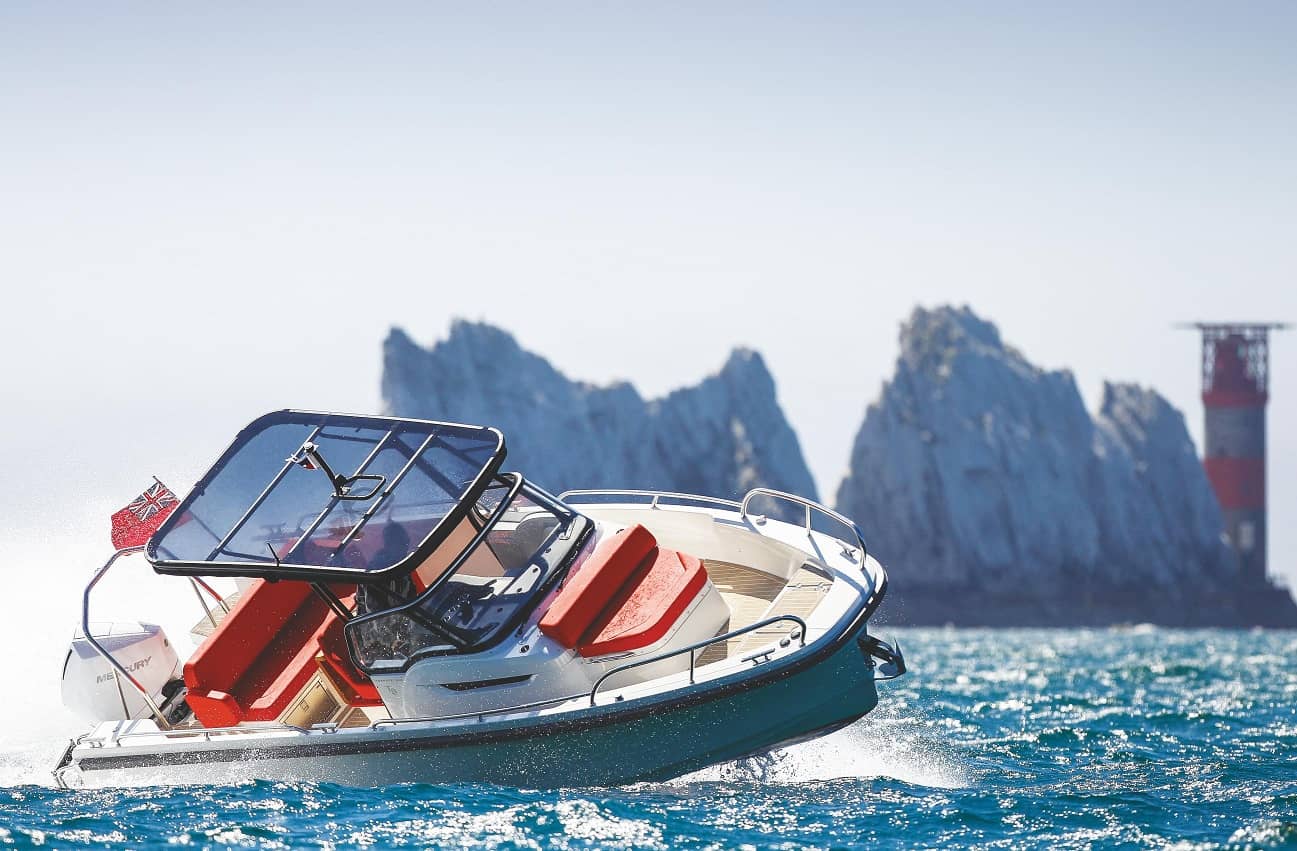 The third and smallest model in Nimbus’ outboard sportsboat range could actually be the best of the bunch, judging from our lively sea trial

IF all the W, T, C range of Nimbus sportsboats, the new T8 is the one we were most looking forward to testing. It may be the smallest of the bunch at 26ft 9in (8.15m) long but with up to 300hp hanging off the transom and a very tidy-looking twin step hull, it should also be the fastest and most agile.

Two other factors make it of particular interest to sportsboat fans; it’s considerably more affordable than the other models, with a starting price of £87,142, and it’s trailable. Just. You’ll need a braked twin-axle trailer and a car with a towing capacity of around 3,500kg but its maximum beam of2.6m sneaks under the EU’s limit of a 2.3mwide trailer with up to 30cm overhangs on each side. The Axopar 28, at 2.95m, doesn’t. 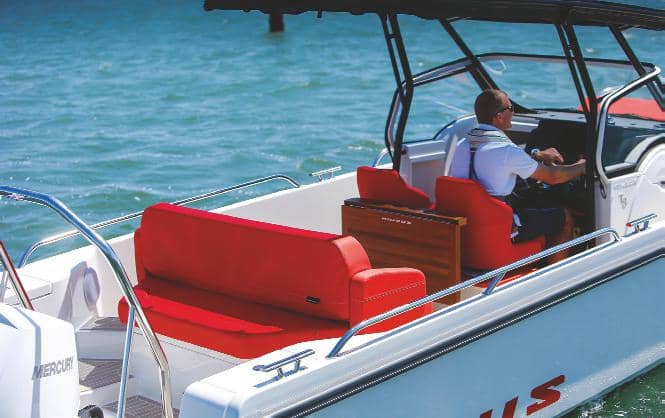 So it’s small enough to tow on the road if you want to explore further afield or store it in a shed over winter, it’s powerful enough to pull water-skiers and wakeboarders, yet it’s also spacious enough to serve as both a party platform for day guests and a comfortable overnighter for a couple thanks to a goodsized cuddy cabin with a separate heads compartment and a permanent double bed. It sounds almost too good to be true but does it actually deliver as much hoped out at sea? 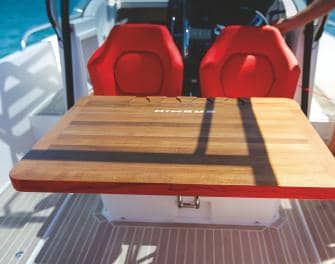