Sails of the CENTURY 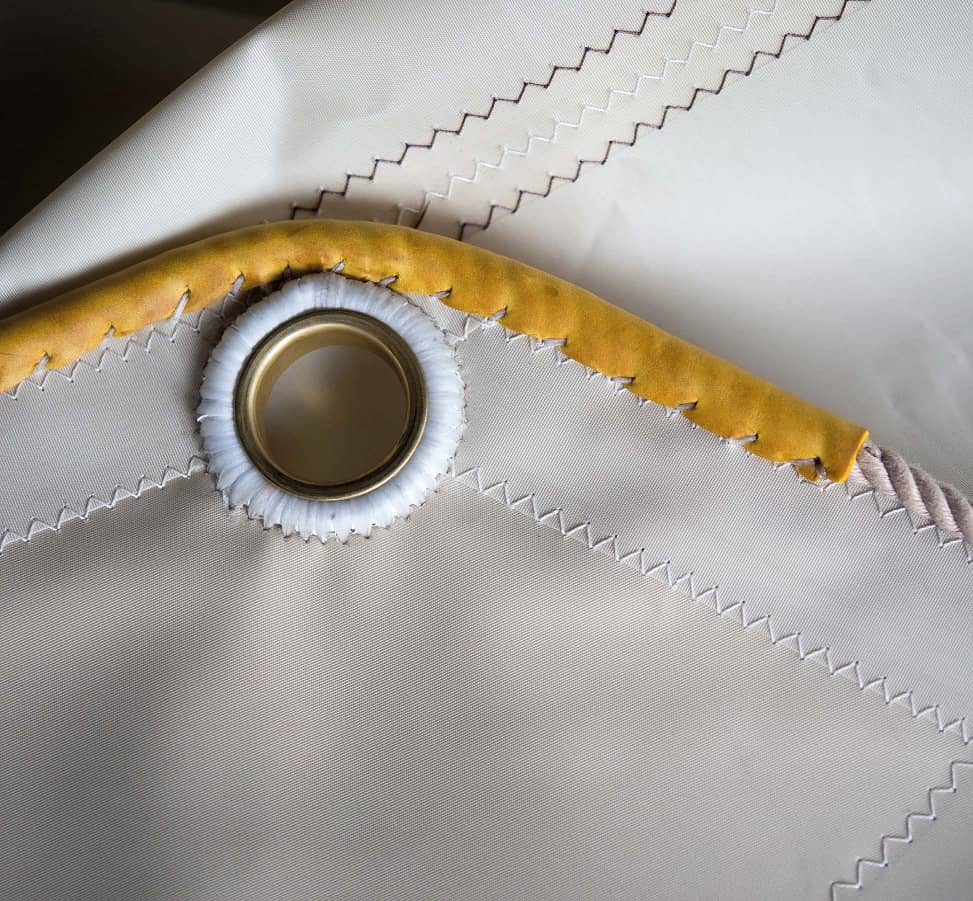 When it comes to buying new sails, classic boat owners may face a bewildering choice of sailcloths and panel layouts – Nigel Sharp offers up some clarity

Not surprisingly, the priorities and preferences of classic boat owners vary enormously, not least when it comes to sails and, in particular, the material from which they are made. At the extremes are those who choose cotton for the sake of authenticity, and others who splash out on high-tech membrane sails made of exotic materials in search of racing success (although not in the Mediterranean, where the CIM rating system heavily penalises their use). But for the majority, sails made from woven polyester continue to be overwhelmingly popular, hardly surprising considering their several advantages over membrane sails: cost, longevity (at least in terms of not falling to pieces in the relatively short term, although they do lose their shape over time) and the conservation of a boat’s classic appearance.

Woven polyester sail cloth first became available in the 1950s. At that time is was generally known as Terylene, which was British company ICI’s trade name, while nowadays it is commonly referred to as Dacron, which is the equivalent product of American company du Pont. 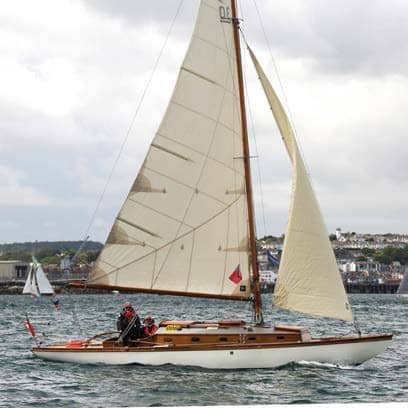 Most sailmakers buy their cloth from four major suppliers: Contender, headquartered Holland, Challenge in the USA, Bainbridge International in the UK and Germany’s Dimension Polyant in. Between them, they manufacture around 40 woven polyester cloths, almost all in different weights, some in different colours and finished in various resins. Other makes of polyester cloth often used in sail making for classic boats include Clipper Canvas, Oceanus and Duradon.

Boatowners may sometimes find the availability of such a range of sailcloths somewhat bewildering. A sail made from hard tempered cloth with a higher resin content might give a better performance in the short term, but might not last as long as a cloth with less resin, it will also be more difficult to handle and stow. “Classic boats tend to have heavy keels which allow them to hang on to full sail for longer than a modern boat,” said Jerry White of Elvstrom Sails. “That means it is more important for them to have sails made from higher-quality cloth.” 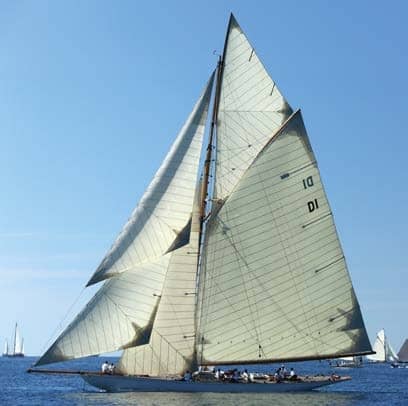 Over the years, sails have been constructed with various panel layouts: vertical cut, with the panels and their seams parallel to the leach; cross cut, with the panels perpendicular to the leach; and, in the case of topsails and headsails, mitre cut, with a mitre between the clew and the luff. On most mitre-cut sails, at least these days, the panels are perpendicular to the foot and to the leach, but occasionally you will see another type of mitred headsail, with the panels parallel to the foot and leach. This layout is known as Scotch cut, perhaps because it was developed by a Greenock man in the 1830s. A much more recent development is the radial sail, whereby long, thin triangular panels radiate from one or more corners of the sail.