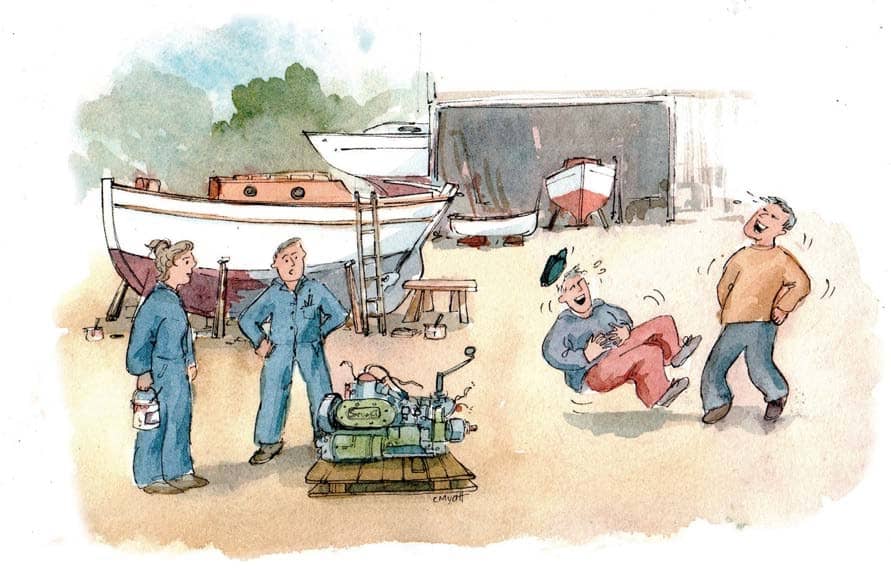 There is no more stirring sight of seamanship than witnessing a yacht deftly pick up a mooring under sail. These kind of yachts are made of wood and known as gaffers, on account of the amount of gaffer tape it takes to keep them afloat. For reasons of fashion, they also have at least one Seagull outboard lashed to the pushpit and a Stuart Turner inboard engine in the bilges. As a result of which, owners of yachts with Stuart Turners are usually very adept at picking up a mooring under sail. Those who struggle with that usually find it easier to perform a circumnavigation or two.

For the benefit of south coast sailors and readers in Saint-Tropez and Martha’s Vineyard, I should explain that Stuart Turners were what they used to install in boats before someone realised you could put engines in the void under the cockpit. Stuart Turners were made of pewter, antimony, bronze and spelter, and ran on a 25:1 mix of frankincense and myrrh – in other words blind faith. But perhaps I’m being unfair, because enthusiasts reckon a sweet-running Stuart Turner is remarkably quiet, and economical too; and a non-running Stuart Turner is even quieter and even more frugal.