Keeping In Her Slipstream 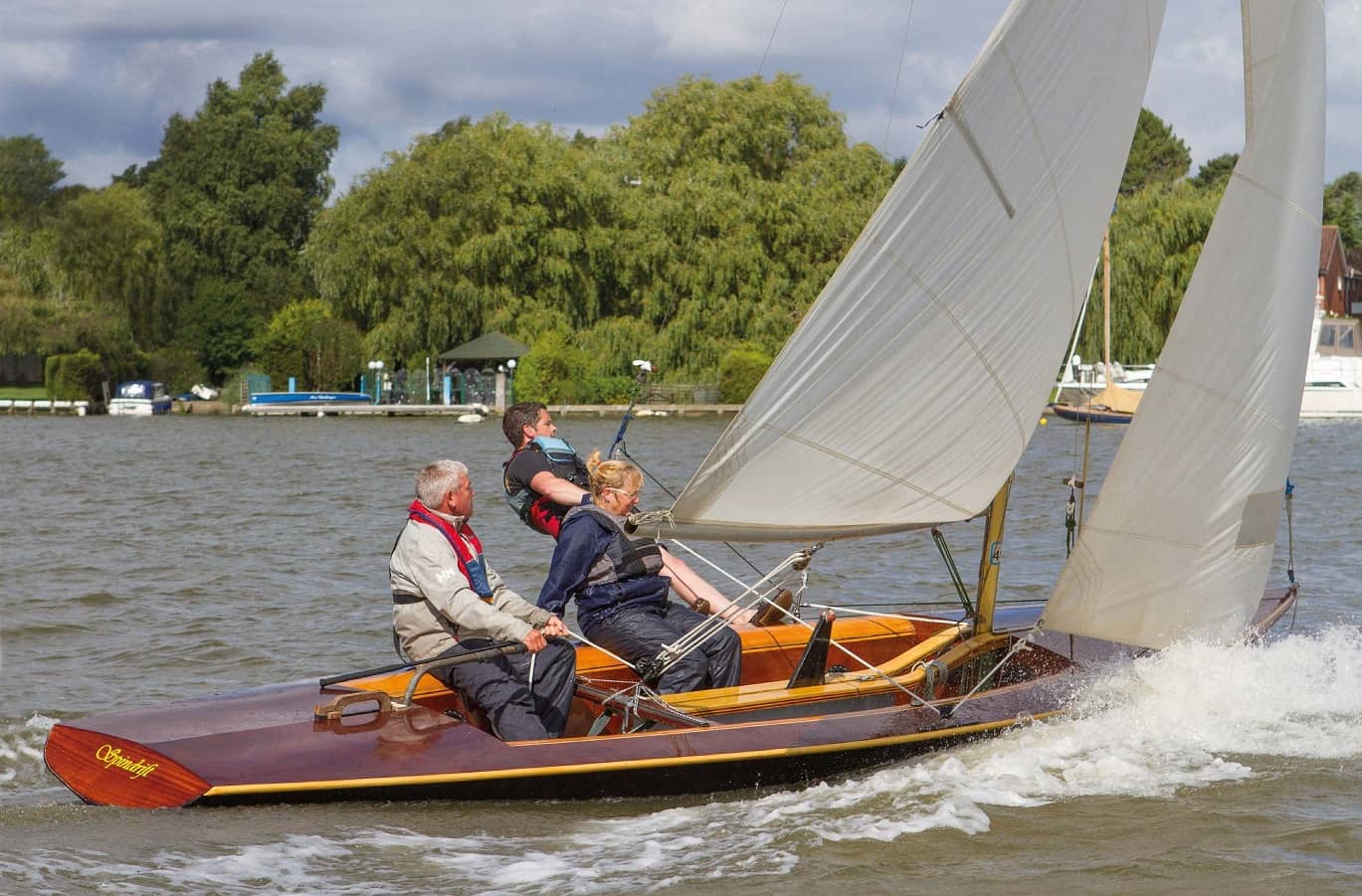 This 1960s remake of a Victorian half rater was laid up in the 90s but has come back rejuvenated – meanwhile, her carbon fibre sister hasn’t quite seen the light of day

The rejuvenation of a rare Broadland One Design has been a real family affair, as Richard Johnstone-Bryden discovered when he encountered the 24ft (7.3m) Slipstream Spindrift during the annual Oulton Week regatta. Her origins date back to the mid-1960s, when former civil engineer Mick Richardson drafted the lines for a high-performance wooden sailing craft inspired and named in honour of Victorian Thames half rater Slipstream, which he had owned for several years. Mick’s 20th-century derivative proved to be even quicker than the veteran half rater and went on to forge a reputation as one of the region’s fastest sailing craft. 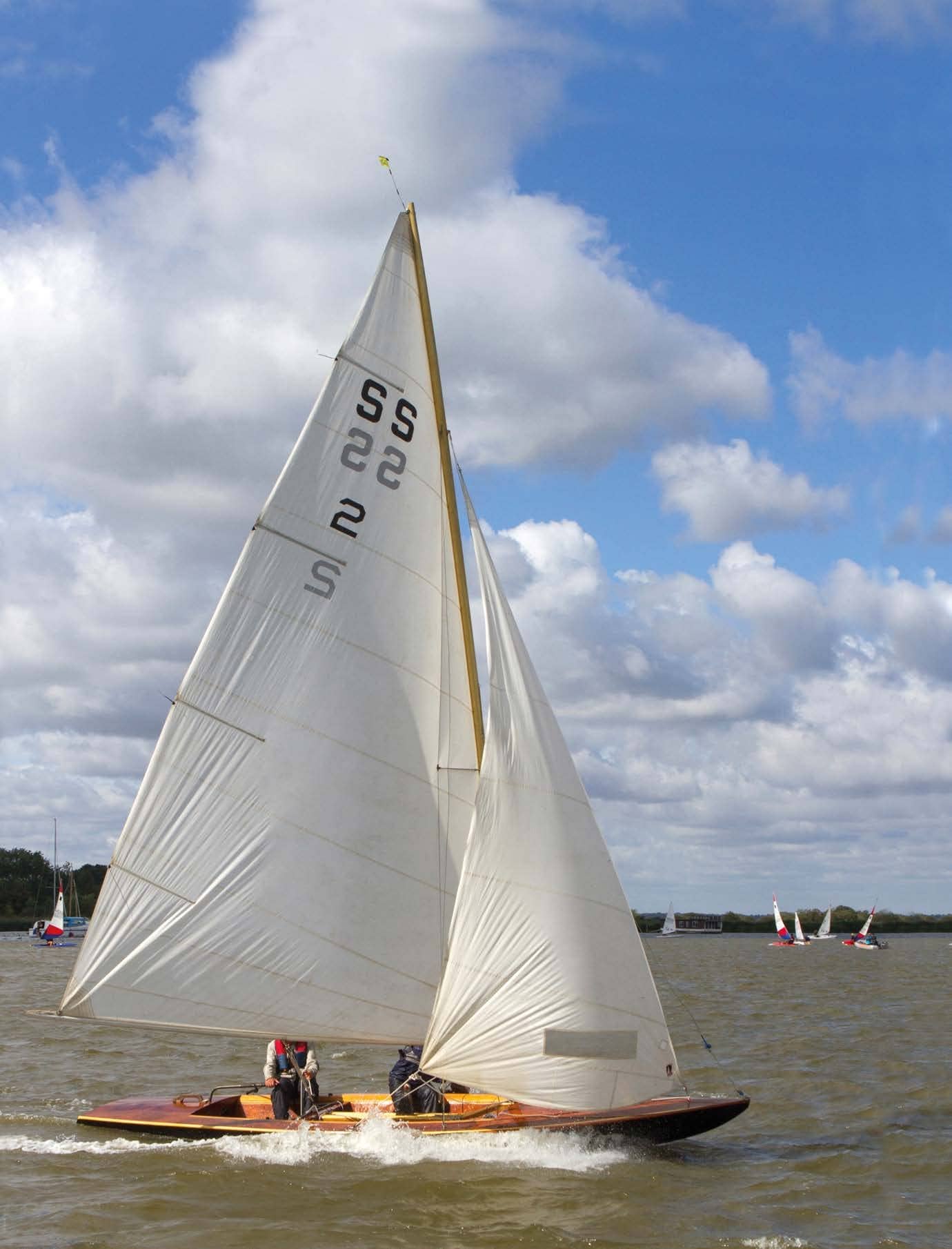 The combination of the nomadic existence associated with his civil engineering career, and a young family, prompted Mick to seek a better work-life balance, so in 1955 he moved to Norfolk to take on Potter Heigham’s Broadshaven Hotel. The seasonal nature of his new career meant Mick could indulge his passion for boats in the winter months, enabling him to buy a nearby boathouse and set up a small hire fleet of motor-cruisers. The two businesses proved to be a perfect fit: the hire fleet required most attention during the winter, while the hotel trade was busiest in the summer. Amid these peaks and troughs Mick managed to find the time to compete on the local regatta circuit with Victorian Thames half rater Slipstream, which he had acquired shortly after moving to Norfolk. She had been built in 1898 by Bathurst of Tewkesbury as Nancy and raced for many years against the other raters on the Broads, including Gentle Jane, Vixen and Wyvern. The friends and family who usually sailed with Mick were occasionally joined by some of the hotel’s guests, such as Peter Crook. He explained: “I was staying at the Broadshaven Hotel in 1958 when I went across to the Thurne regatta. It was blowing quite hard and Mick asked if I wanted to join him on Slipstream for a race. In those days she had a high aspect rig, no trapeze and was normally sailed three up. I sat up by the shroud and ended up completely soaked. I subsequently returned to the Broads for the next few years and regularly sailed with Mick as a crew before he eventually let me loose on her myself. Sailing Slipstream was exciting, wet and sometimes a bit scary. She didn’t pay off too well and occasionally ended up out of control. In light airs, the rater carried her way for a long while. 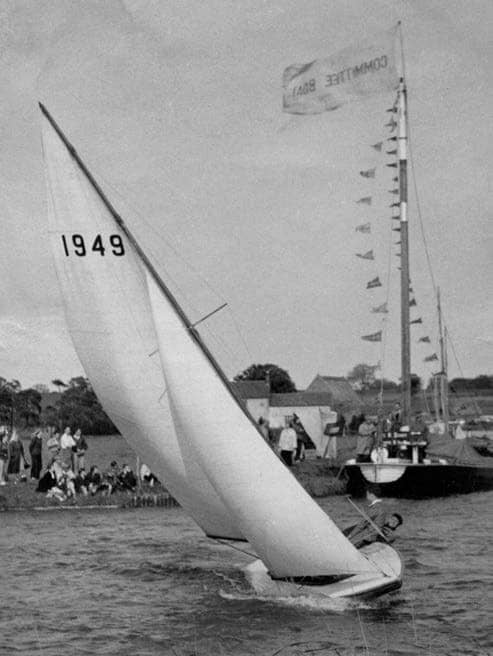 “Mick often smoked a cigar and usually sailed Slipstream wearing a collar and tie. Whenever she capsized, Mick managed to keep dry by calmly climbing over the side and then straightening his tie while the crew did all the hard work!”