How Civilisation Went Down The Pan 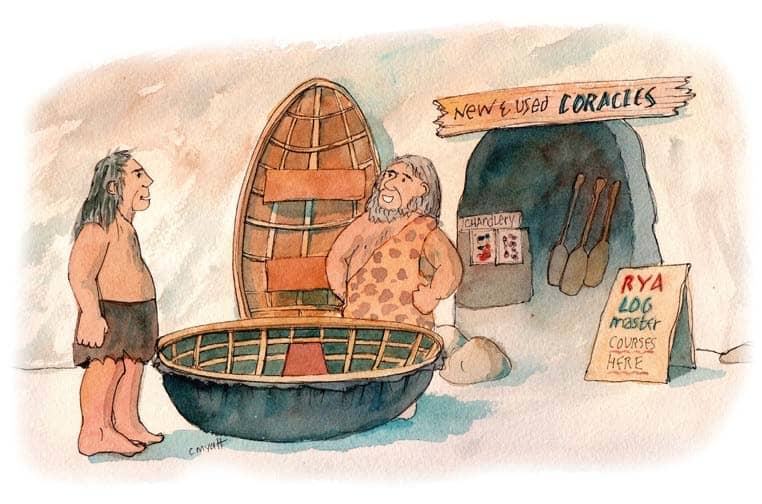 On the Origin of the Species of the Leisure Sailor

Sadly, leisure sailing is older than you think. Three days after early man stopped breathing through gills and stood upright, there was an evolutionary breakthrough with the introduction of the RYA’s very first Day Skipper course. Although only a theory course, as Westerly wasn’t quite ready to go into production with the 22, it created a yearning to return to the sea, which endures to this very day. Thus did civilisation begin, and golf came shortly after.

It was at this very moment, at 3.45BC on a Tuesday, that humanity set off on distinct evolutionary paths. Some took up golf, while smarter ones decided to become fish again, as others with thicker skulls, protruding brows and very long hairy arms with anchor tattoos gave sailing a go. The rest is history. The RYA devised a Day Skipper practical course, which led to the opening of chandleries selling tea towels printed with the ‘Rules of the Road’, which in turn led to Britain’s total domination of the seas forever.