FROM GLORY TO OPPOSITION 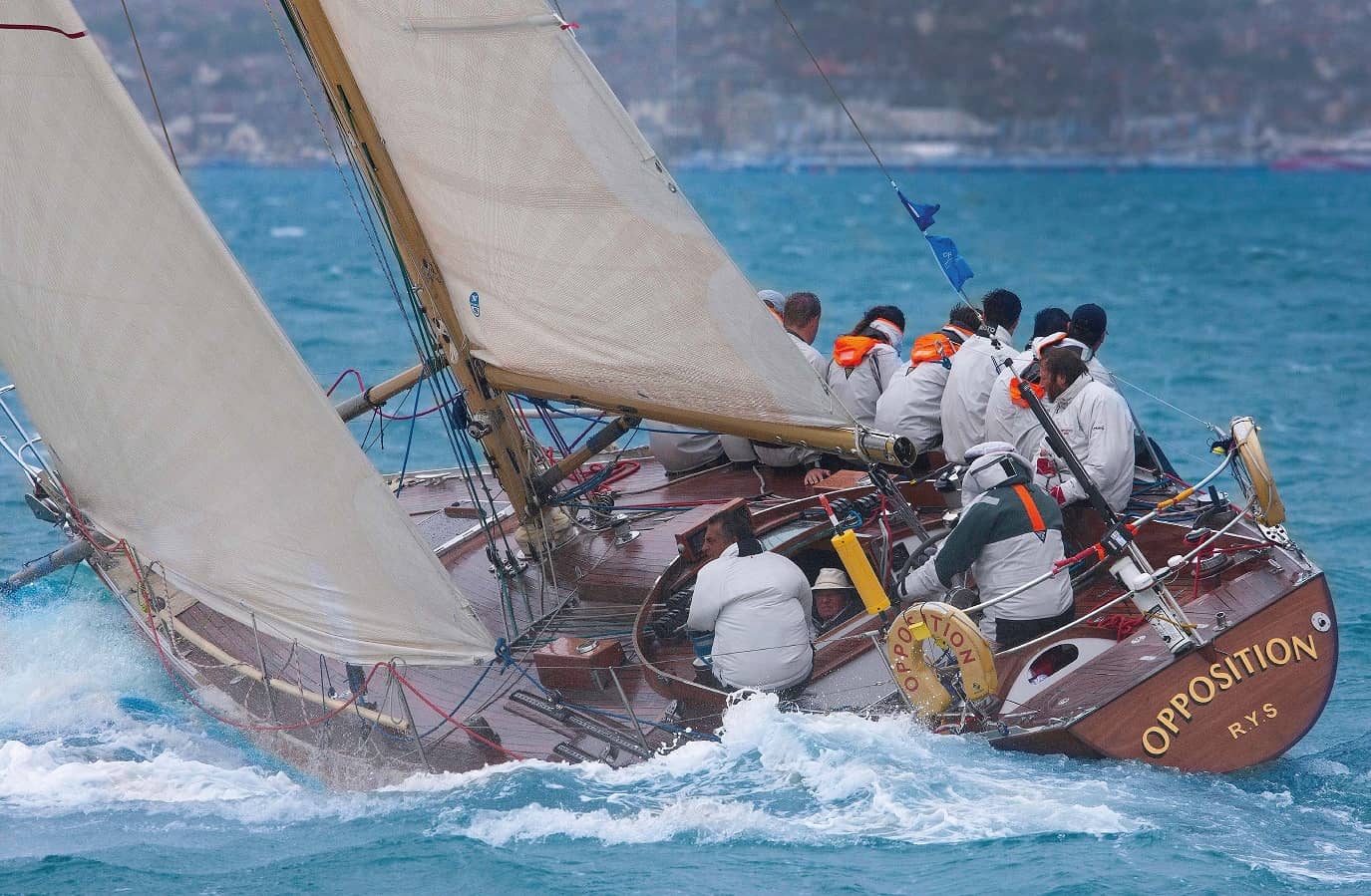 On Morning Glory II, Ted Heath was the only British prime minister to win an international sports trophy. One wonders how he reacted when she was renamed Opposition

It must have been with his tongue firmly in his cheek that Tony Morgan renamed his new boat Opposition after buying her from Edward Heath in 1973. Before becoming Prime Minister three years earlier, Heath had served as Leader of the Opposition for five years and would briefly do so again after losing the 1974 General Election. “I think it must have been part of their agreement, that the buyer had to rename the boat, but I don’t think Heath was best pleased with the choice,” said Jamie Matheson, the current owner. “But I think it is a brilliant name.” 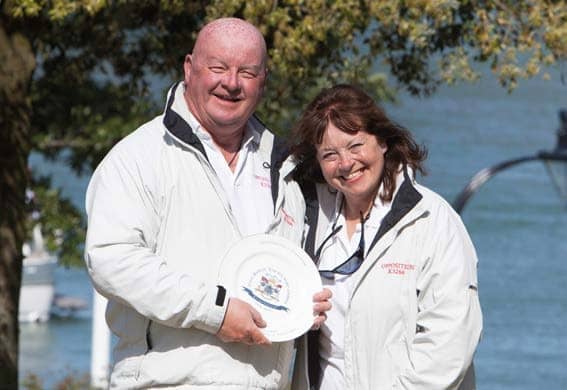 Heath’s ocean racing career had got off to a spectacular start in 1969 when he had won the Sydney Hobart race in a production S&S 34, the first of his five Morning Clouds. The following year he decided to up his game in the world of ocean racing by commissioning a new boat. For the design it made sense to go to Sparkman & Stephens again, and it was Olin Stephens who then recommended that Lallows of Cowes should build it. Heath also consulted his experienced crew with regard to various aspects of the new boat and it is thought that the blister deck – designed to be lighter and stronger, and to provide improved working spaces – was their idea. Furthermore, a cross-linked winch system was the brainchild of Owen Parker, Heath’s long-term sailing master, and was specially developed by Barient Winches. Not long after her launch in April 1971, the new Morning Cloud won the Round the Island Race, but the real aim was the Admiral’s Cup – the unofficial world championship of ocean racing. To take part in this as part of the three-boat British team, she first had to be successful against 26 other boats in the selection trials. Not only was she selected, but Heath was appointed team captain. Seventeen nations contested the Cup that year, and going into the fourth and final race – the triple scoring Fastnet Race – Britain had the narrowest of leads. At that time Heath knew the so-called Troubles in Northern Ireland might reach a crisis point at any moment and would immediately become a much higher priority for him, and so Morning Cloud was shadowed throughout the race by a Royal Navy frigate, whose helicopter would have been able to lift him off if necessary. It wasn’t, however, and Morning Cloud finished the race in 14th place, which was enough to help the British team win the Admirals’ Cup by 23 points. Edward Heath remains the only serving UK Prime Minister to win an international sporting trophy. 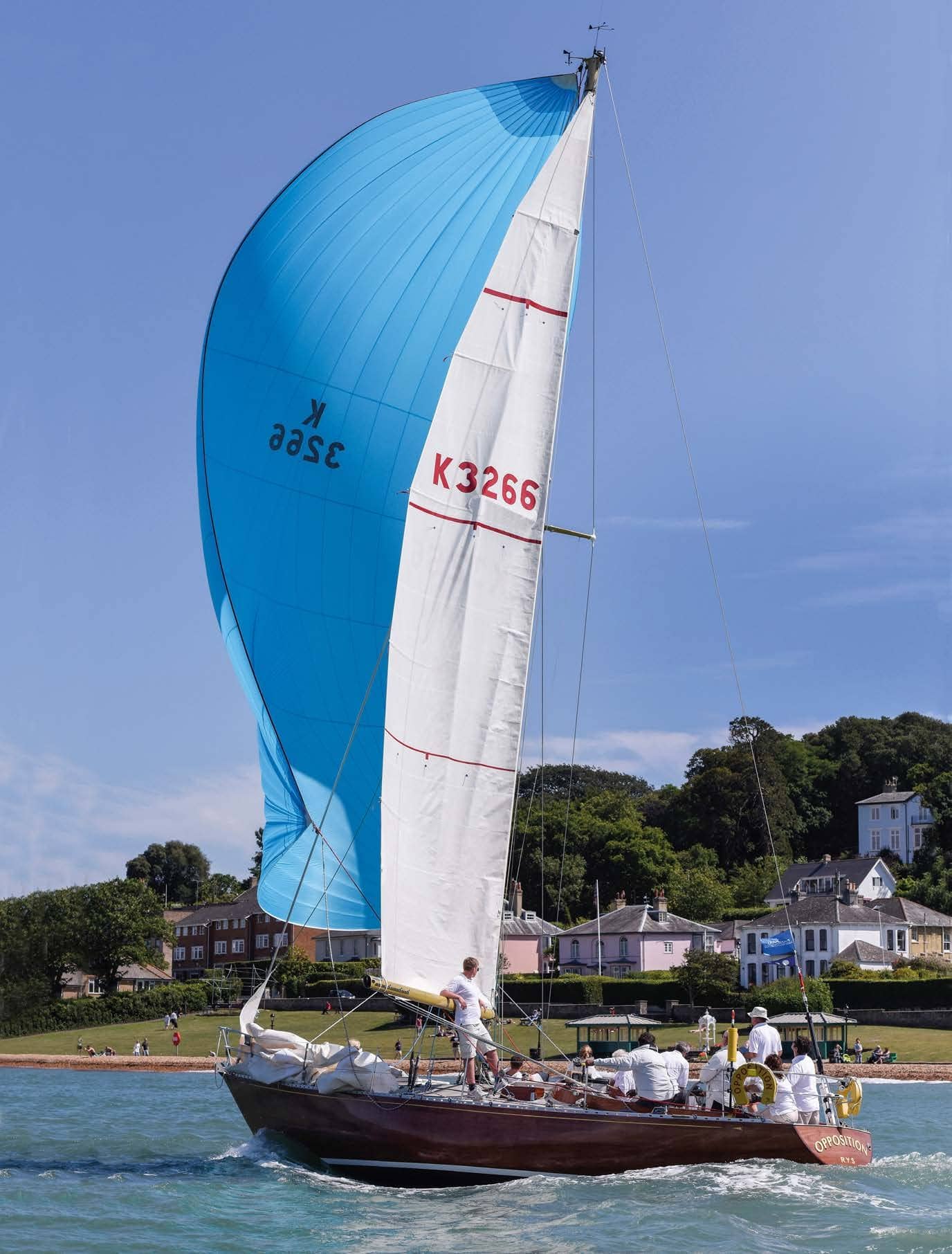 After winning the Round the Island Race again the following year, Heath then commissioned a third boat – another S&S/Lallows collaboration – and put the second Morning Cloud on the market. After buying her and renaming her Opposition, it wasn’t long before Morgan sold her to Kenny McKinnon. Both these owners had some success racing her, the latter on the Clyde which was where her fourth owner, Professor GC Cowley, took her on. He lived on board her in the Mediterranean for a while before bringing her back to Scotland, where she lay on a mooring at Tarbert in Argyll for a number of years – “looking rather sad”, said Jamie – and then ashore in Dumbarton. Eventually, in 1997, Cowley sold her to Alan Wilson, Jamie’s great friend. Alan got her back into commission and before long he and Jamie began to regularly sail her along with their wives – sisters Andrea and Angela. The four of them enjoyed regular cruises on the west coast of Scotland and occasionally to Belfast, but gradually over the next couple of years, Alan’s other commitments took him away from the boat. This led to a change of ownership, first when Jamie became Alan’s co-owner, and then when he bought the boat outright. Jamie and Angela continued to cruise Opposition, but there came a time when they realised she was a bit of a handful for just the two of them and that there would be more cruising comfort and convenience in a motor boat. This led to them buying a Dale Nelson 38, which they named Highlander, “but we couldn’t contemplate parting with Opposition, so I naively thought that we should consider racing her again”.