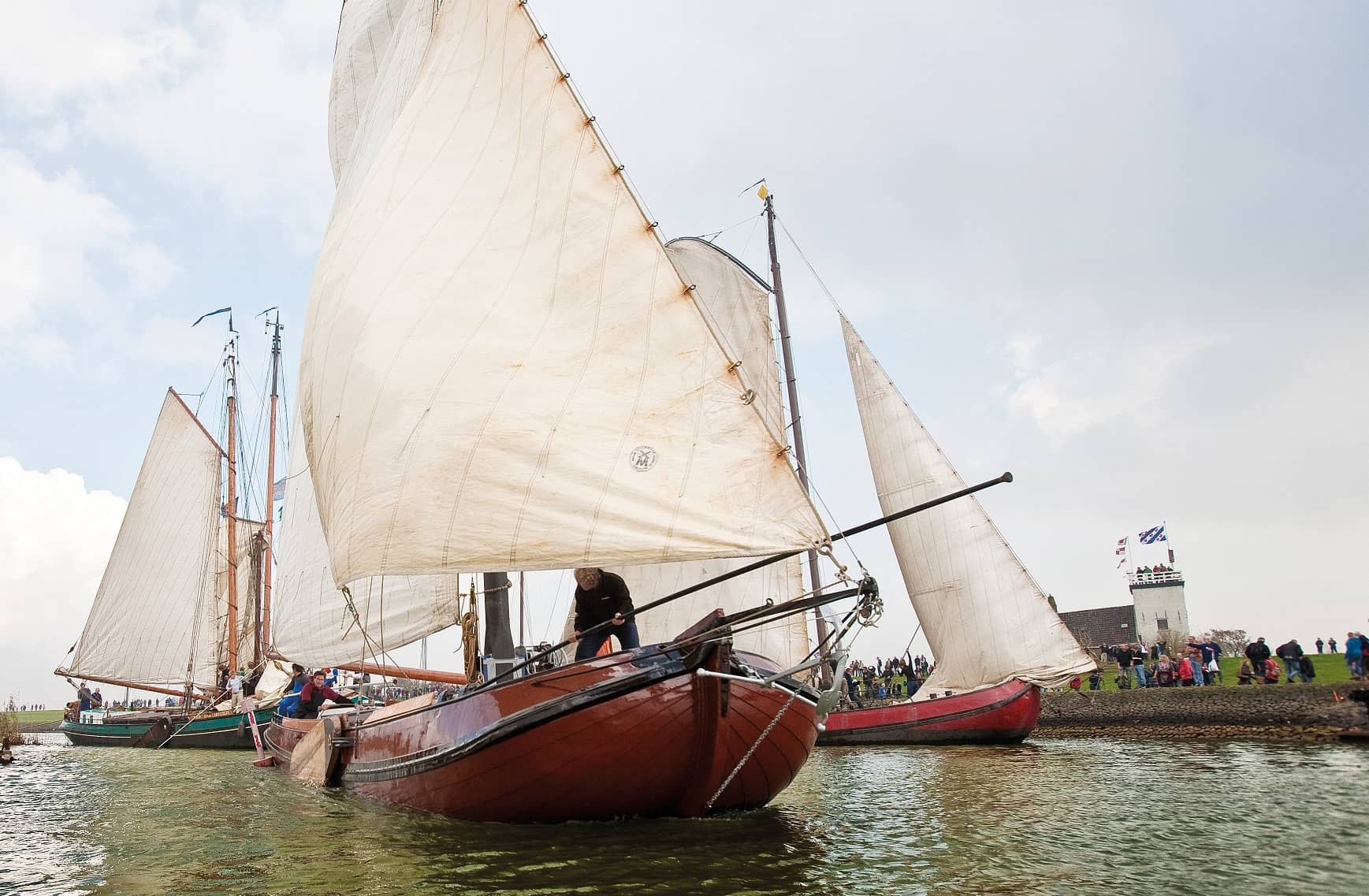 One more time before we pass the bridge I manage to push the pole into the muddy bottom of the canal in Amsterdam. “Didn’t hit a bicycle this time.” On the bridge the usual metropolitan buzz continues without us noticing. It’s 3 am, about 8C and we haven’t slept much in 72 hours. A little drizzle makes me slip on the deck whilst I push the pole from my chest into the bottom, walking to the back of the 30-tonne barge, which is sliding smoothly forwards below my feet. With this technique it’s the six of us that has been ‘bomen’ – or punting, as you will – through Amsterdam and some 40km of canals before that. Welcome to the Strontrace, the Dutch Iron Man on the water.

Once a year in autumn, a fleet of traditional sailing barges gathers in Workum, Friesland, in the north of the Netherlands. They come together for what is known to be one of the toughest and most authentic sailing races in the country for traditional cargo barges – De Strontrace. Literally this translates into ‘Dung Race’, and they actually transport a symbolic cargo of dried cow manure to the midpoint destination of the race, Warmond, in the south of the country.

At this point they pick up a symbolic cargo of tulip bulbs to be taken back up north to the finish. The winner takes home a silver spoon. That’s the short story of an event that was recently included into the national inventory for the application to the Unesco immaterial heritage listing. Let me tell you why. 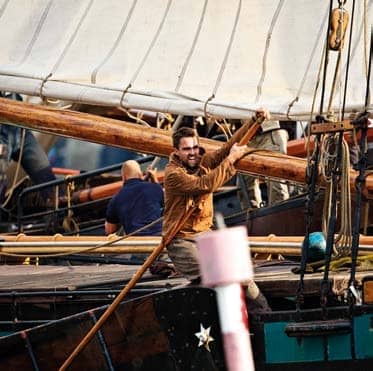 Traditionally there has been a booming business in sailing actual dung from the north of the country, where the livestock of cows has been historically big, to the south, where flower farmers needed the dung from the stalls collected over winter to enrich their poor soils. This was a short but booming business in the beginning of spring, when Frisian farmers cleaned out their winter stalls. Relatively small flat-bottom barges, called skutsjes, brought the dung from the farms to the coastal cities of the Southern Sea (now Ijsselmeer), where the cargo was loaded into larger Tjalken, Aken and Klippers. They would cross the sea to Amsterdam and take alternative routes through the many choices of canals reaching southwards from Amsterdam.

With the motorisation and development of rail and roads, let alone artificial manure, this transportation of dung became a dying business, as did cargo under sail in general. After the Second World War there was a small revival of cargo sailing, but it was only a glimpse of the trade and all the beautiful ships, the craftmanship and traditional culture of seamanship. Of the thousands of barges, many were either taken apart to use the steel in industry or left to rot away. 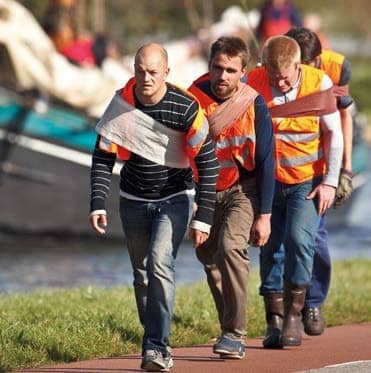