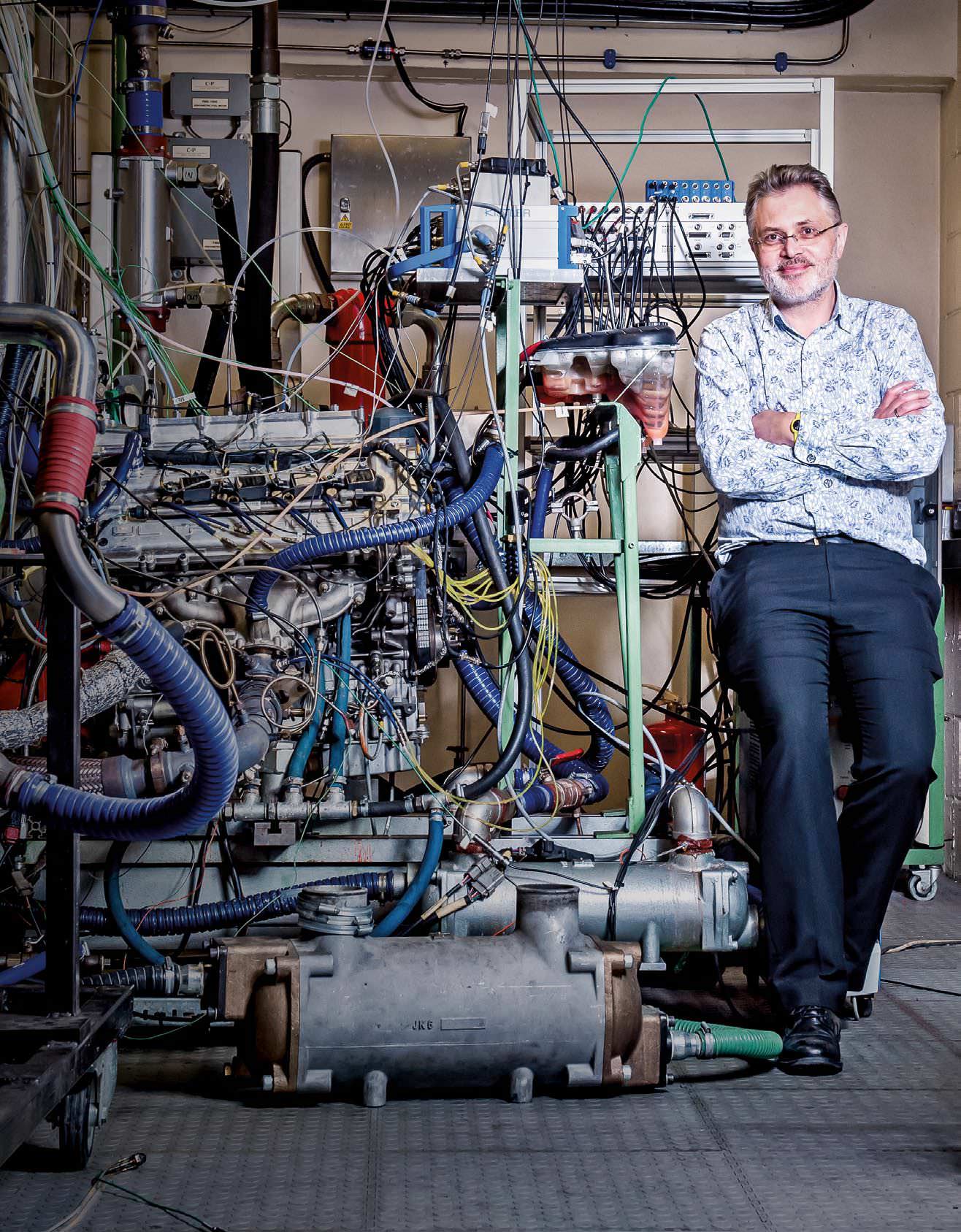 Few people understand internal combustion engines like Professor Jamie Turner, so we ask him how manufacturers will get more power from them in the future, before looking at the tricks engine tuners use for those who simply can’t wait.

PROFESSOR OF ENGINES. NOW THAT’S A JOB title. Since 2015, Jamie Turner has been professor of engines and energy systems at Bath University. I’ve known Turner for years and first met him when he was at Lotus (he had two stints at the Norfolk company), where he worked on the Corvette ZR1 engine, Lotus’s own V8 and numerous skunk works projects, including a test engine nicknamed Omnivore for its ability to run on virtually any fuel, and an optical engine that allowed the combustion process to be observed through a transparent cylinder. Turner worked for Cosworth F1 too, and prior to the Bath appointment led spark-ignition engine development at JLR.

Professor Turner also has a very cool office, most likely the coolest on campus. It is a shrine to the internal combustion engine and, to a lesser extent, Lotus. On a filing cabinet is a vast cylinder that’s one of the 18 that make a Bristol Centaurus radial aircraft engine. On a windowsill is a rotor and crankshaft from a rotary engine and also a sectioned Roots supercharger.

Yet while the man who helped develop Norton’s rotary engines (Turner adores bikes) loves a traditional motor, he’s not at all stuck in the past. Quite the opposite. ‘I drove a Tesla recently and really liked it,’ he admits, adding: ‘I felt a bit dirty.’

Fortunately, Turner predicts a long future for the internal combustion engine. ‘The reduction of carbon dioxide has been an absolute godsend to engineers,’ he explains. ‘The pursuit has made engineering incredibly important and has laid down fantastic challenges for us.’