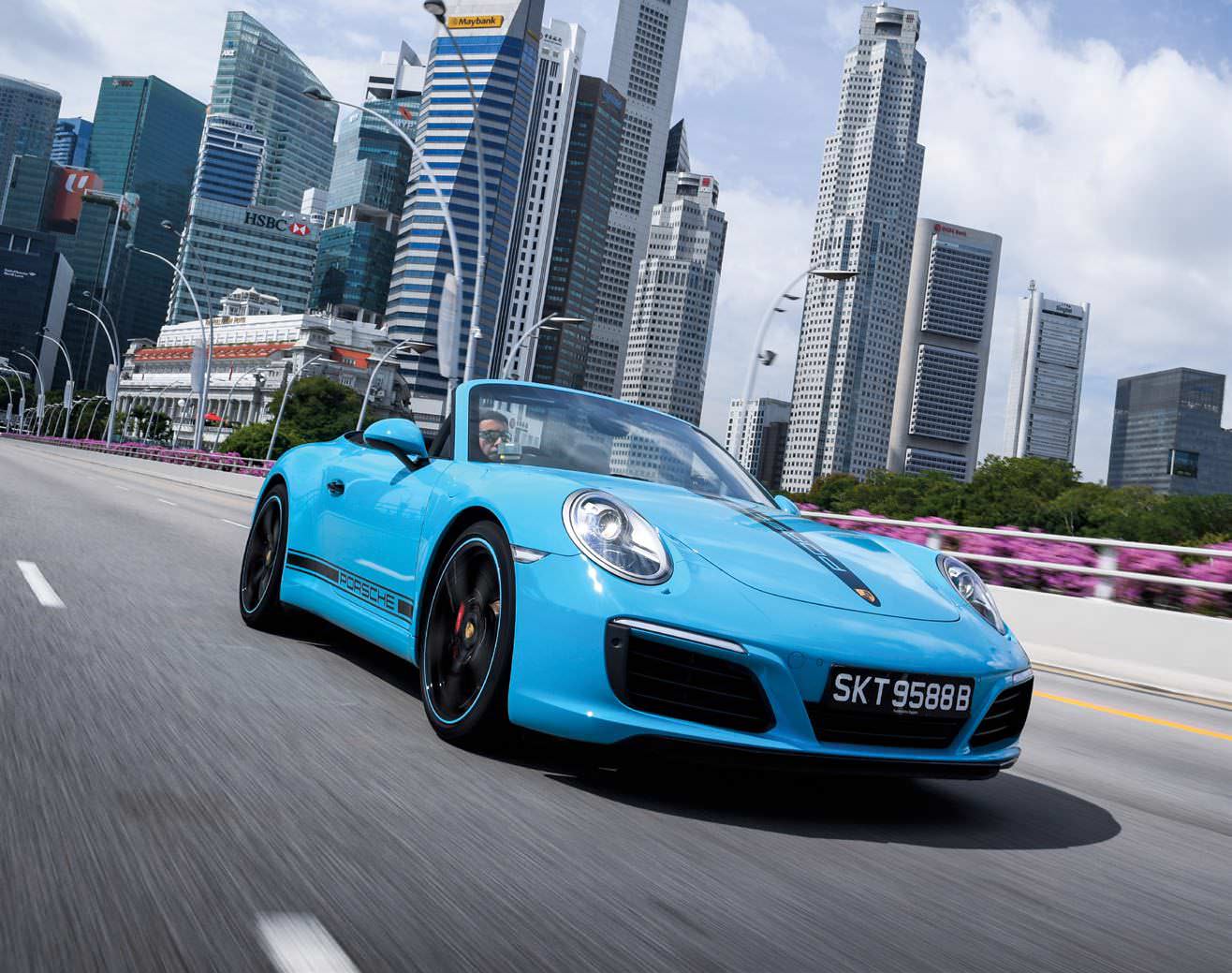 The topless 911 may not be as focused as the more hard-core fixed roof variants but it offers an altogether different driving experience that can be just as enjoyable.

OPEN-TOP DRIVING IS NOT for everyone, but for some, nothing else will do once they’ve tried it as the interview with an owner of a BMW M4 convertible explains in an interview on p86 of this issue.

It is folks like tessa that will probably find the porsche 911 Carrera s Cabriolet right up their street. With about as many variants as there are international editions of evo around the world – 17 by my rough count – there is a 911 for every type of driver.

In the case of the 911 Carrera s Cabriolet tested here, driving topdown renders an unfiltered experience that lets the occupants hear that flat-six behind them working away. on a quiet stretch of road with an up-hill gradient to put the power plant under load, you’ll now even hear the pair of turbochargers spooling up and whooshing in a crescendo with every gear change. Just as well then, that this car was fitted with the sports exhaust option that made for a sense of occasion with every drive.

The tyres can also be heard scrabbling away on the tarmac and even squealing away if you’re really getting it on by which time the olfactory nerve might catch a faint whiff of the heated brakes amongst some other smells that let you know this is a car that is doing its thing and is every bit as satisfying as a busy kitchen with pungent aromas emanating from it.