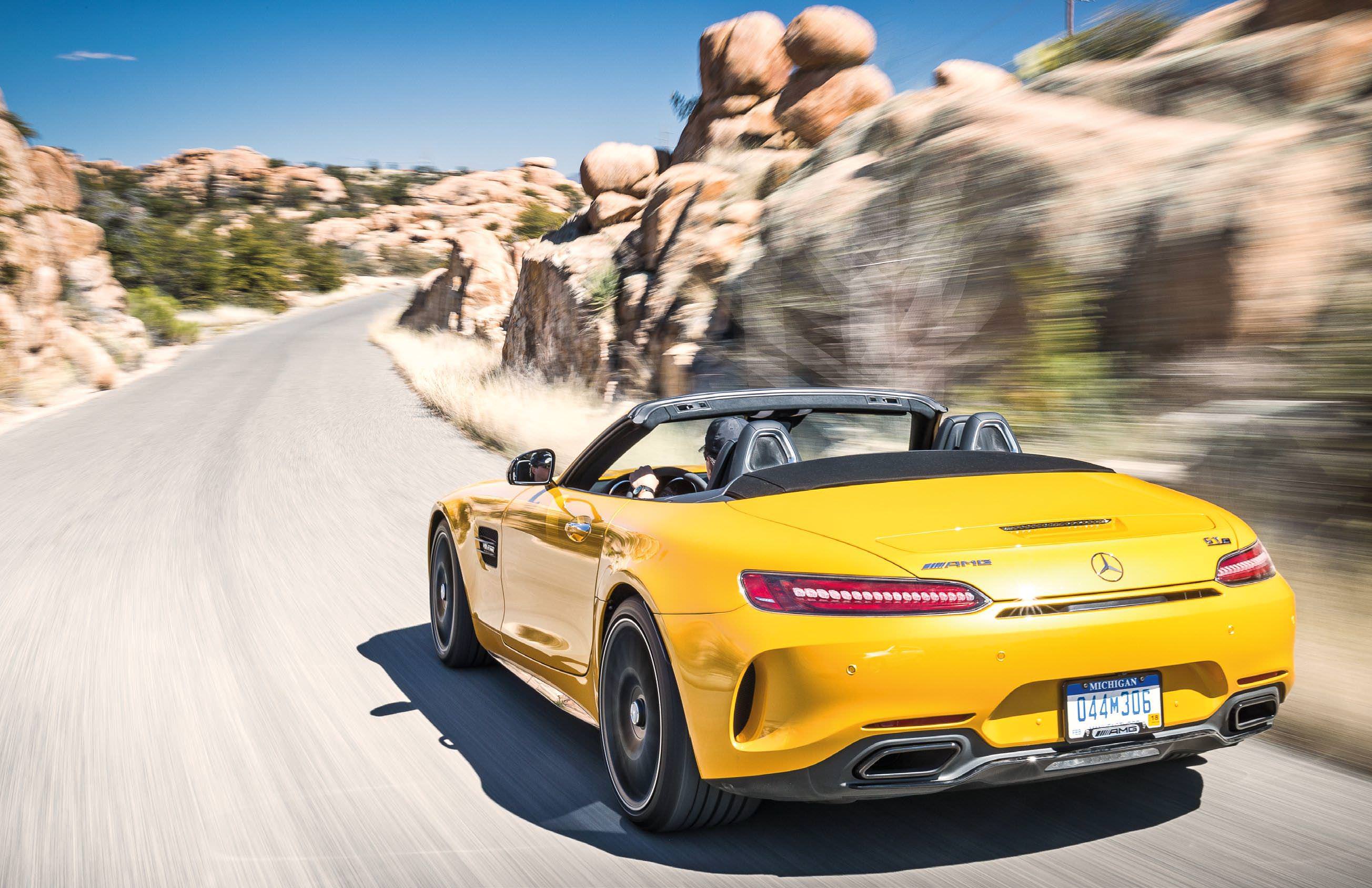 AMG’s new GT C has much of the hardware of the R, but with a more rounded character. available first in Roadster form, it could be the best AMG GT yet

THE GT BADGING is misleading. it suggests a floaty ride and a long-legged gait, the sort of lolloping stride that you get in a Bentley or a big Aston Martin. it certainly doesn’t hint at rock-solid body control and darting, snappy agility. but the Mercedes-AMG GT has always felt more like an apex-to-apex sports car than a refined grand tourer, that distinctly athletic character best summed up by the car’s very responsive steering.

Truth to be told, when the AMG GT first appeared, its steering was so responsive that it felt hyperactive. it was light, unnaturally quick and very difficult to read. With that endless bonnet, the GT’s front wheels already felt about half the length of a football pitch away from where you sat, but that flighty steering made the car so difficult to tune into that they might as well have been the whole 100 yards away.

The past tense is important here because the latest AMG GTs steer so much better. They have revised racks with less aggressive ratios, which means their helms are actually intuitive and easy to read, allowing you to place the car exactly where you want it, with good feel.