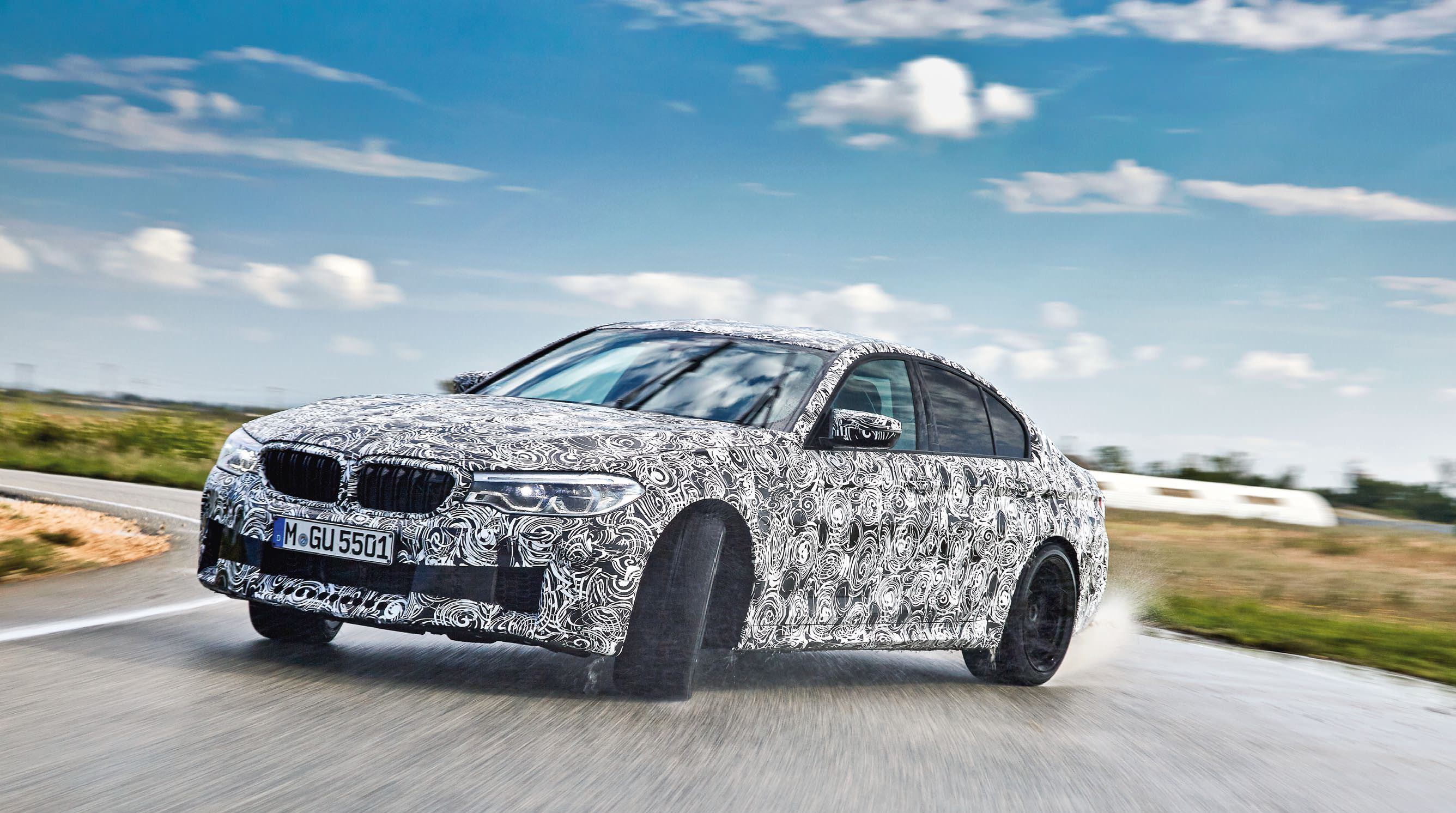 The covers don’t come off BMW’s latest supersaloon until September, but we’ve already sampled its power – and its new drivetrain.

CORNER ONE: GET on the throttle early at the apex, a few degrees of slip-angle from the rear, an almost undetectable squirm from the nose, an easing of the steering angle but little more. Slingshot acceleration. Smirk. Yeah, that’s quick.

Corner two: on the throttle early again, the fabulous sensation of a generously loaded supermarket trolley arcing into a drift around the hairpin of the condiments aisle; smoking Michelins. This is the same car. A clever car. They call it ‘two cars in one’

They also use the word ‘inevitable’. ‘They’ being BMW M boss Frank van Meel and vice president of engineering Dirk Häcker, who are discussing one key fact about the new M5: it’s four-wheel drive.

While it’s probably true that BMW can no longer resist the call from certain markets to power both axles, it’s the ongoing power-race against rivals that means deploying such prodigious performance through only the rear wheels has become increasingly unrealistic. Yet BMW, much like AMg with its new e63, has gone all-wheels-driven in its own unique way.

The M5s that await us at BMW’s Miramas testing facility, not far from Marseille, are scruffy prototypes disguised with camo-swirls. We will C henceforth know this car as the F90 (M-cars now get their own type number), and while it doesn’t take much imagination to visualise the appearance of the finished article, harder to see are details such as the carbonfibre roof, the sunken centre-section of which continues the same styling motif as the bonnet.