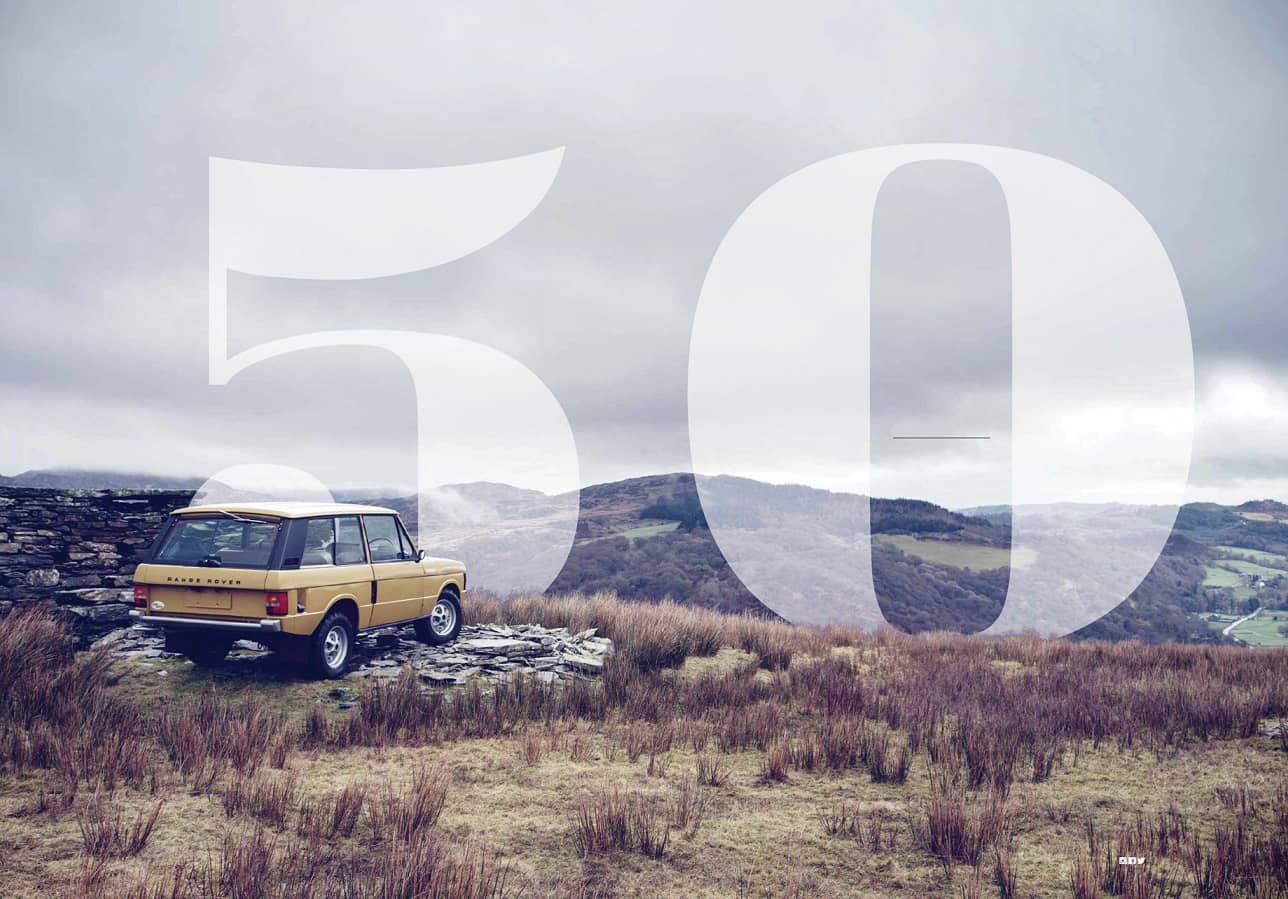 THE DARIEN GAP, it’s safe to say, is not up there on many people’s holiday-destination bucket list. This vast, godforsaken tract of jungle, swamp and mountains located between Panama and Colombia is most noteworthy for being the only real interruption to the circa-30,000km pan-American highway network linking Alaska to the southernmost tip of South America. It’s a stronghold of wilderness where the cloying air is thick with insects and vampire bats; the swampy ground riddled with deadly snakes; dense foliage concealing aggressive wild pigs. You’ll search in vain for a Contiki resort in the Darien.

It was the perfect place, then, back in 1972, to show the world the capabilities of the then-new Range Rover, launched just two years earlier. The Darien Gap was by far the most arduous part of an epic pan-American journey taken by two lightly modified examples, beginning in Anchorage, Alaska, and finally concluding, just over six months later, in Ushuaia, on the Tierra del Fuego archipelago in Argentina.

But it was deep in the Darien that the expedition team, bolstered to 64 members for this leg, must have questioned the sanity of the undertaking. They hacked and chainsawed through the dense jungle, often calf-high in mud, using aluminium ladders to allow the vehicles to be winched up treacherous ravines, and crossing rivers by lashing the cars to two inflatable rafts. For prolonged periods, progress was reduced to just a kilometre or two each day. There were diff failures (uprated units were heli-dropped in) and it took 100 days before the team finally emerged from the south side of the hellish Darien, every man gaunt and exhausted, many suffering malaria or trench foot from trudging through mud for 12 hours a day. 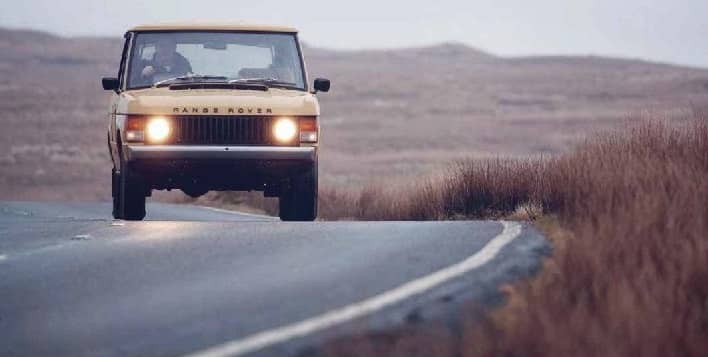 They had taken two vehicles through one of the most inhospitable places on earth before finally, on 9 June 1972, six months after setting out from Anchorage, the two Range Rovers reached the southernmost tip of South America. The expedition set a record at the time for the first complete trans-Americas journey, but arguably more significantly, it helped shape the reputation of an SUV that would come to be lauded as the pioneer of the premium 4x4 segment.

Okay, that may be a slightly contentious issue, given the Jeep Wagoneer preceded the original Range Rover by around seven years, and undoubtedly influenced its conception. But the fact is, the V8-powered 4x4 from Solihull would reign virtually unchallenged for nearly two decades as the most complete and aspirational off-road-capable vehicle on the market.

So surely now, as SUVs have charted their inexorable rise to dominate the global car industry, and premium high-riders have become the cash cows that sustain other, more marginal product lines for the upmarket heavyweight brands, it’s time to look back at the evolution of the founding father on its 50th birthday?

LIKE MOST landmark vehicles, the original Range Rover was very much the vision of one man. Charles Spencer (‘Spen’) King (see sidebar, right) had been a two-decade engineering veteran within Rover when, in the late ’60s, in collaboration with fellow Rover engineer Gordon Bashford, he became convinced there was a market for a 4x4 with greater performance, refinement and comfort than the then current Land Rover. Of course it would still have to deliver on the utilitarian, working-vehicle brief that was central to the Land Rover ethos.

King, who died in a cycling accident in 2010 aged 85, would later downplay the perception that the original was an upmarket 4x4: “It was actually a very basic vehicle in many ways, and definitely in the cabin, with vinyl seats and rubber mats,” he reflected. “We simply said that a Land Rover had less room and less ride comfort and that it didn’t drive that fast. We thought it was time to improve all that. In the process of working on it, the V8 engine came along. It all came together … and nobody stopped us from doing it.” 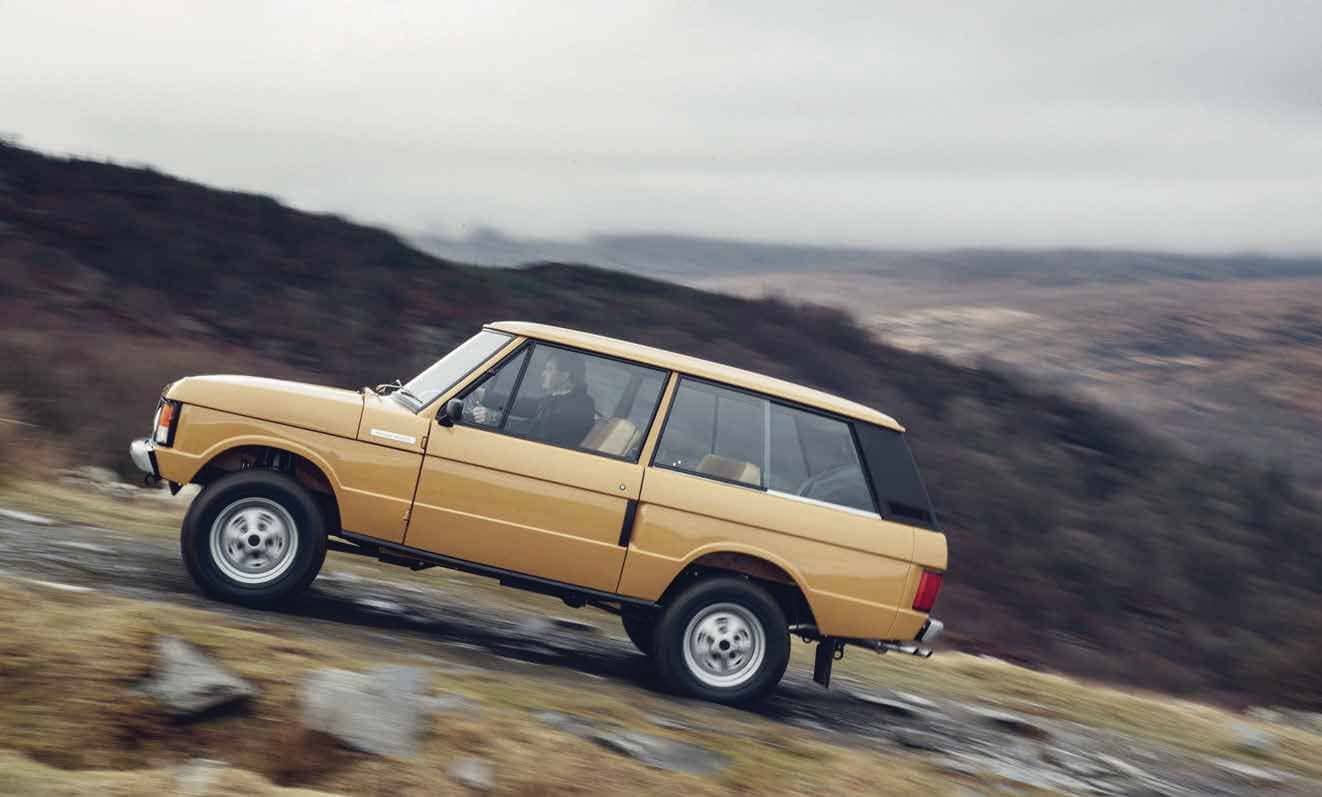