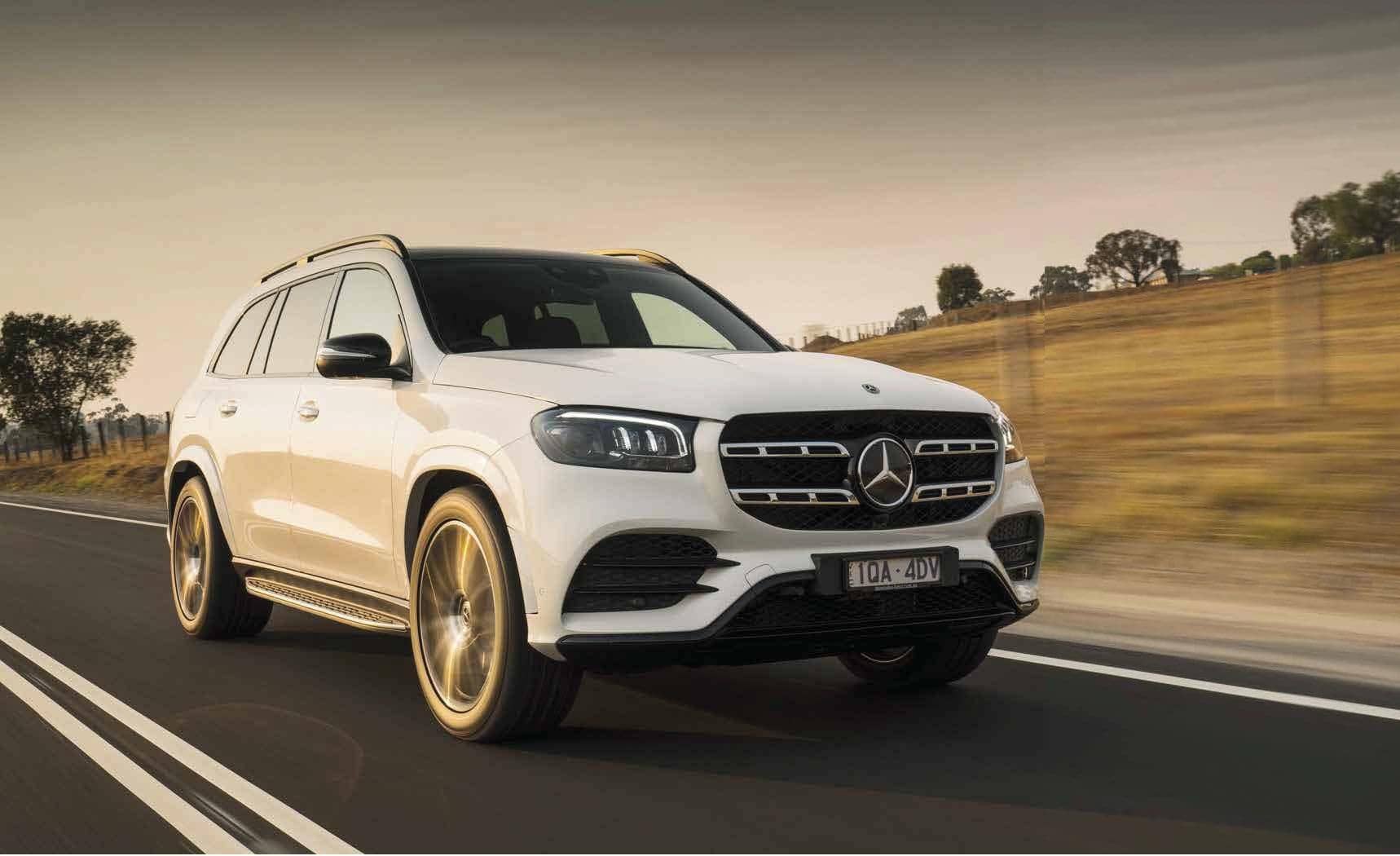 Mercedes-Benz has taken the automotive phenomenon of ‘segment creep’ to the extreme with its new GLS, stretching the large SUV by 77mm compared to the previous generation and bringing its total length to 5207mm. Of that extra length, 60mm has been added directly between the wheels, for a wheelbase of 3135mm.

Why? To make the GLS one of the most practical vehicles for carting a large number of people (and their luggage) this side of a people-mover.

Powering the GLS is a choice of two 3.0-litre straight-six turbocharged engines, which send power to all four wheels via a nine-speed automatic transmission. The GLS 450 starts the two-variant range at $146,500, powered by an M256 petrol engine with EQ boost (fancy speak for a mild-hybrid system) providing total outputs of 270kW/500Nm.