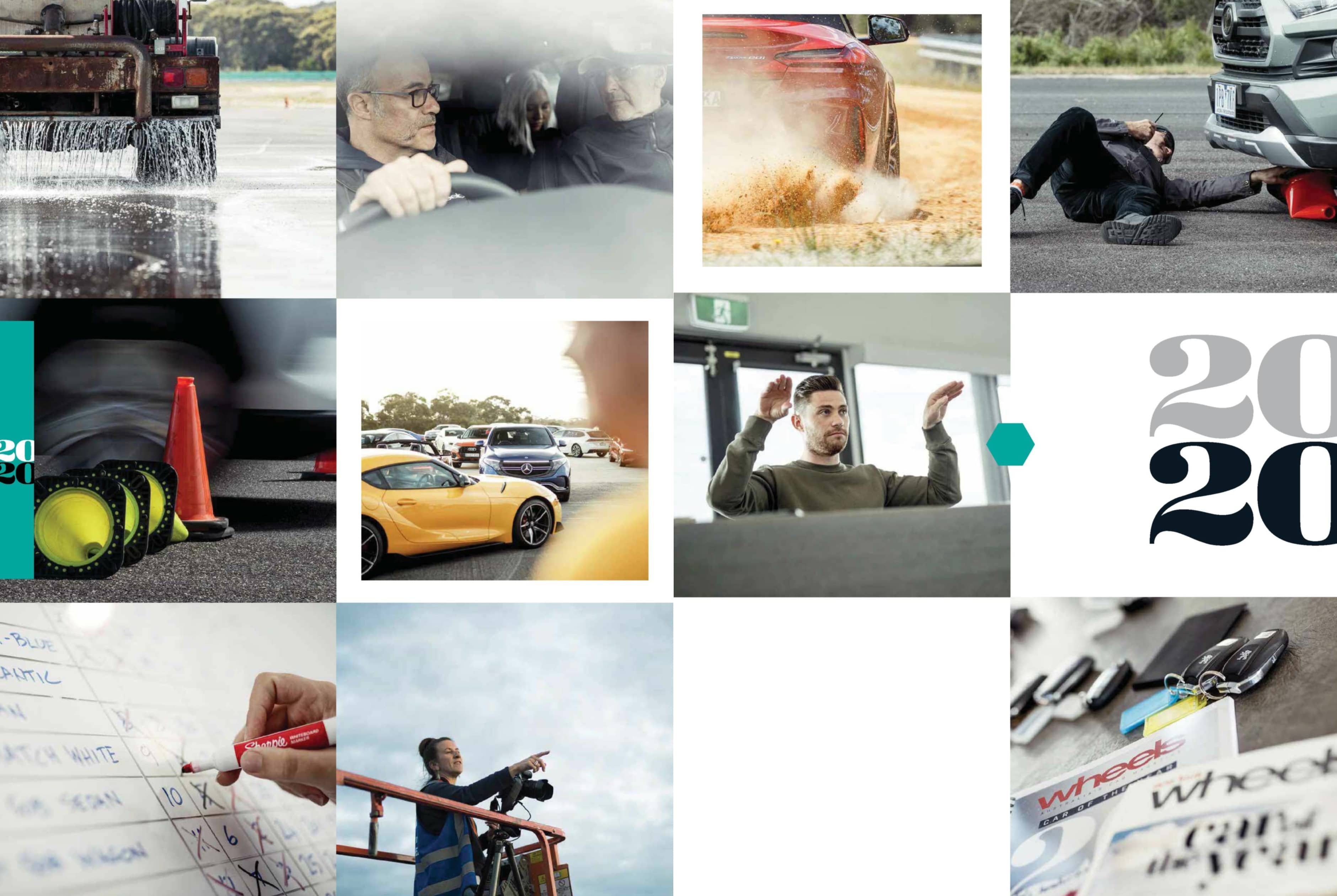 SWEDES RETURN TO TRY FOR THE TRIPLE; ENCOUNTER BUMPS IN THE ROAD

ON PAPER, THE VOLVO S60 sedan and V60 wagon appeared to have a plausible shot of achieving what no other manufacturer has managed in COTY’s 57-year history: the unicorn hat-trick.

Last year, the Swedes joined an exclusive club by becoming only the fifth manufacturer to manage the COTY double, by virtue of the XC40 compact SUV’s win following on from the victorious mid-size XC60 SUV from 2018.

So, given the S60/V60 pair share platforms, drivetrains, safety systems and plenty of interior architecture with the anointed XC60, what happened?

The sedan/wagon duo started solidly, delivering a strong (but imperfect) safety score. This year, the lack of front cross-traffic alert and no emergency assist bumped them down slightly. 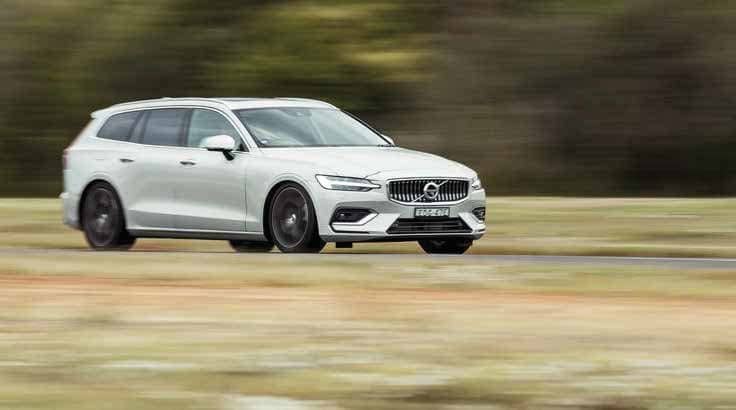 Value was a little harder to define. Do you compare the Volvos’ pricing and equipment to the three premium German brands, or does the likes of the excellent Peugeot 508, also here at COTY in both Fastback and Sportswagon body styles, provide a more valid reference point? If it’s the former, then the S60 Momentum entry point stacks up close in spec to Audi’s A4 45 TFSI Quattro (AWD; similar outputs from a turbo-petrol four) but the Swede comes in around $15K cheaper. At the top end of the range, we had the S60 T8 R-Design sedan on the test, its turbo and supercharged four combined with a plug-in hybrid system to deliver 311kW and 670Nm. This spec takes the price to $86,000, and not everyone was sold, particularly when its 0-100km/h time came in one second slower than its claim.

Still, the T8’s urban efficiency is pretty handy, given it can drive around 40km on the electric motor, but back down in the lower end of the range, the frugality is less convincing. The Momentum sedan carries an ADR-combined figure of 7.3L/100km, six percent higher than an Audi A4 Quattro. 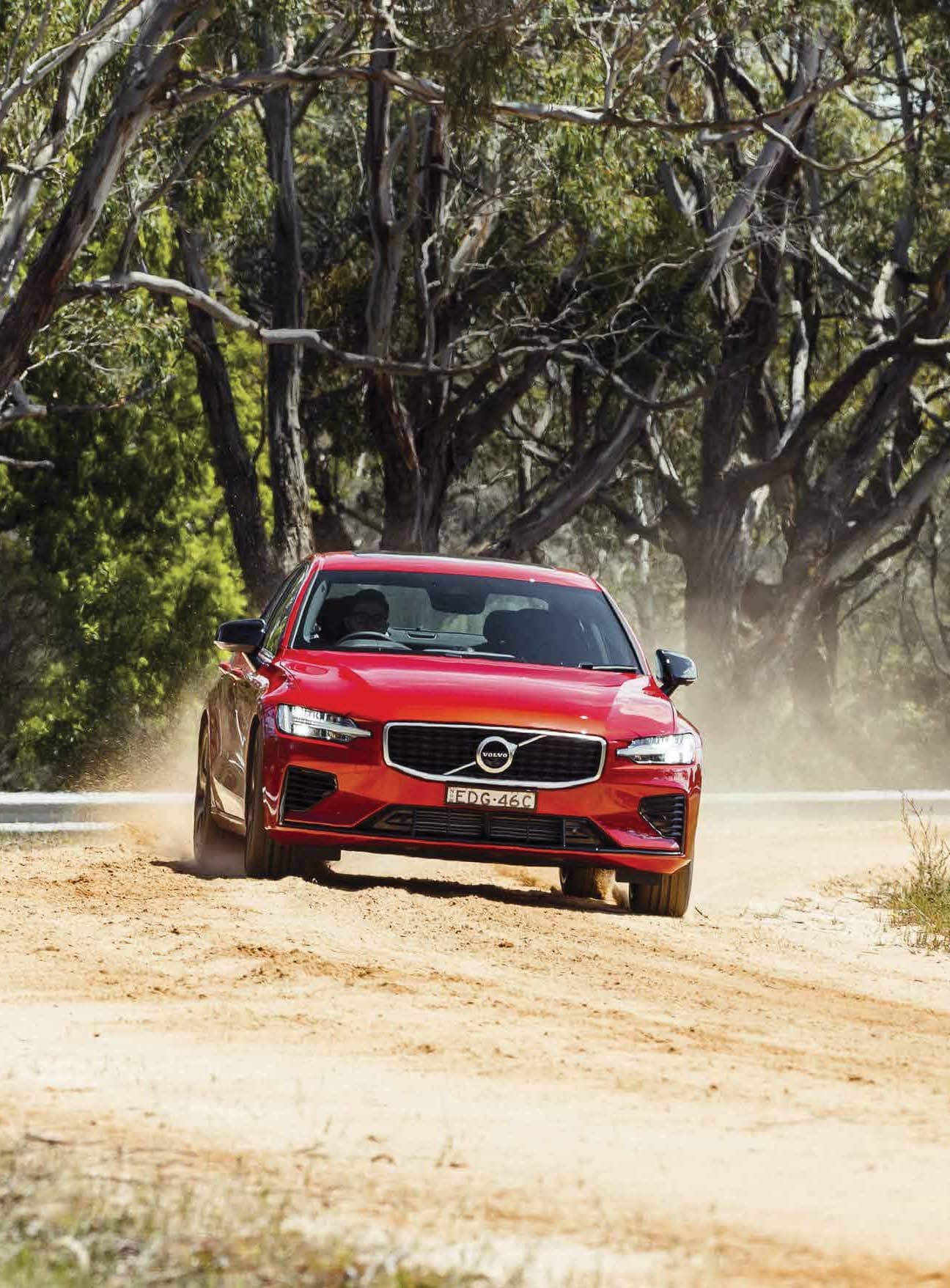 But what ultimately stopped the Volvo sedans and wagon from progressing to the second stage was two-fold. Firstly, the judges felt that the lack of available air suspension – considered a must-have for the XC60 – was a real demerit for the S60/V60 pair. And while the optional adaptive dampers fitted to the T5 Inscription definitely helped the ride – the majority of judges rated it as acceptable, not great – it wasn’t enough to mitigate the lack of chassis excellence from the other two cars on the test. Carey noted that the T8 was one of the few cars to exhibit suspension crash-through on one of the ride and handling loop’s nastier potholes. “Spec carefully, or spring for an XC60 on air,” advised Enright.

The second part of the hurdle for the S60/V60 is the fact they compete in a segment far more mature and with greater depth than that facing the XC60 in 2018. There wasn’t a single judge who thought the Swedish pair were superior in any core dynamic area to the two BMW 3 Series in the COTY field, and this was a fundamental stumbling block. Byron spoke for all of us when he concluded: “Very Swedish in their proficiency; just not that exciting nor particularly plush.” 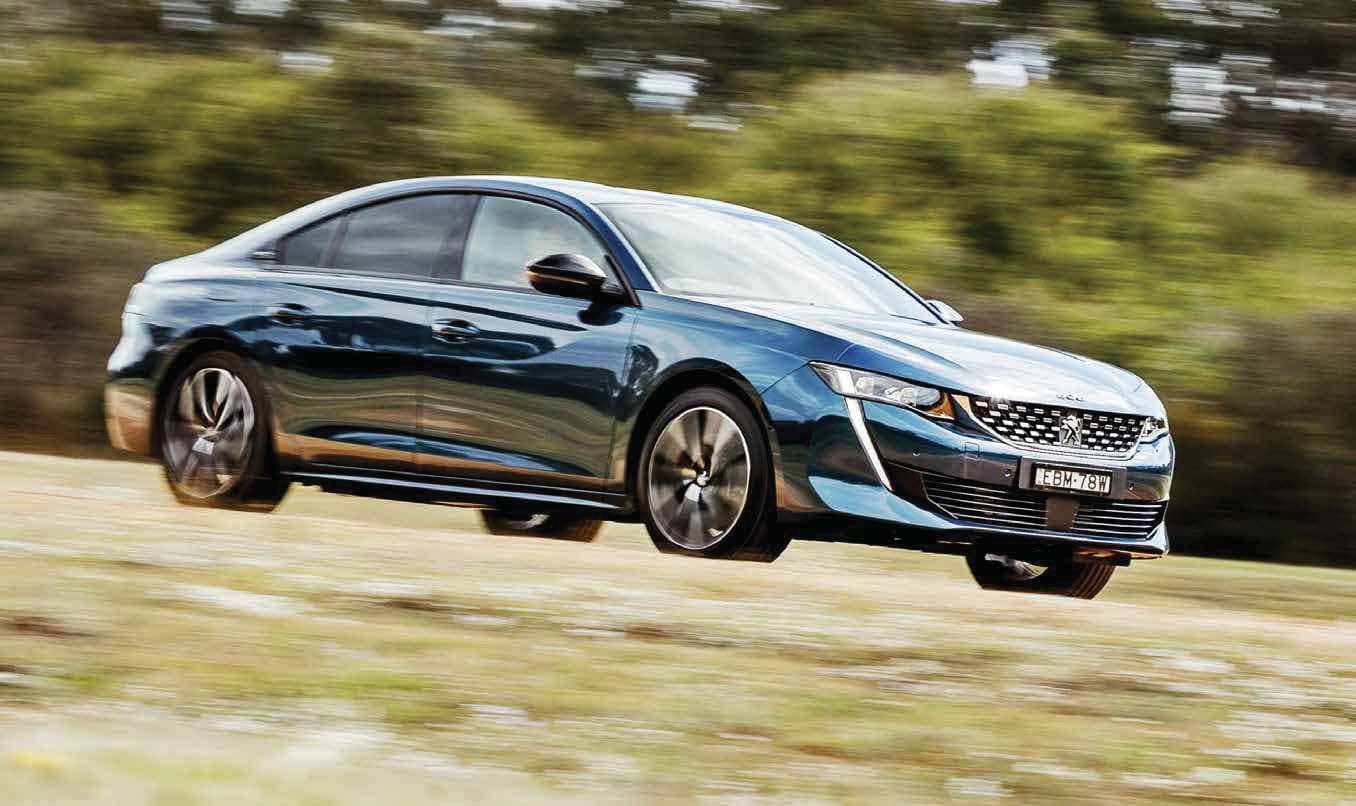 INFUSED WITH SUFFICIENT GOODNESS TO DEMAND A TIE-BREAKER

FACT: IF THERE IS a Pug in the COTY field, arguments will ensue. Mostly, this will center on Peugeot’s signature diminutive steering wheel and i-Cockpit set-up. Sometimes, it spreads to interior fabrics or paint schemes. But as a rule, French form and function always split the judges. This year, the glamorous Peugeot 508 GT Fastback and Sportswagon did just that. However, they both also astonished beyond expectations, resulting in a very hard-to-make call.

The new 508 is a result of the French taking on the Germans. A Gallic-Bavarian-styled beauty, it targets a sweet spot between drama, emotion, driving pleasure and practicality. The 508 is underpinned by the formidable EMP2 platform, has shed 70kg, and has undergone a Grand Designs-level makeover in style, technology, and engineering. In Australia, Peugeot offers a value-soaked standard equipment package that sees the entire kit – including high-level active safety, pedestrian and cyclist detection, 360-degree camera, active dampers and more – arrive with only two boxes to tick (paint and a sunroof). At $53,990 (Fastback) or $55,990 (Sportswagon) it’s a compelling pitch. Peugeot reckons its belle fille can square up to the Luxo-legs of an Audi A5, while a Wheels comparison test (Yearbook, 2019) has already seen it beat fellow COTY competitor the Volvo S60 (as well as COTY ’18 final-fiver, the Kia Stinger.)

“This thing is a sleeper!” exclaimed Byron, with such wide-eyed enthusiasm you could be forgiven for forgetting it was him who wrote the aforementioned comparison. “Supple, suave, sophisticated!” 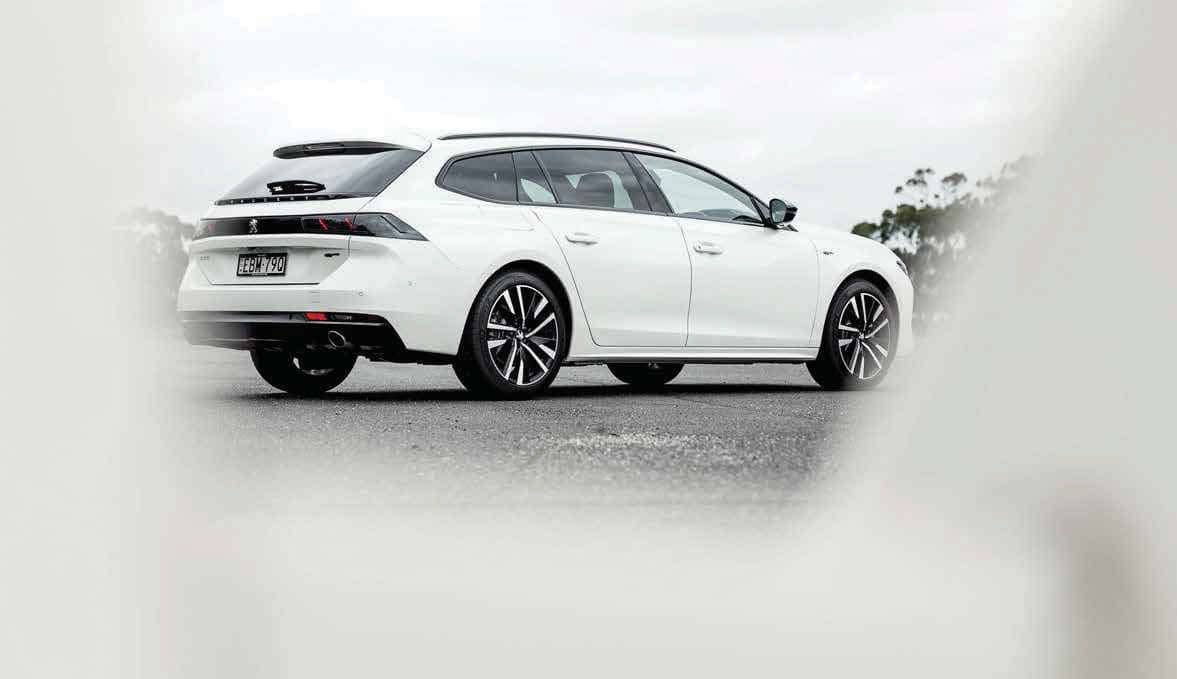 On the twists and turns and bumps and dirt, the 508 hugged Lang Lang like an old friend. Not everyone agreed that the eight-speed Aisin EAT8 transmission was flawless, but the BMW-developed 1.6-litre turbo-four is refined and punchy and pleased most with its feverous desire to seek out the redline.

But where the Pug truly soared was ride and handling. The adaptive dampers added a Goldilocks-level of comfort, the lightweight chassis felt composed and well balanced, the fluid, pointy steering brought on smiles and it sailed through our lane-change testing. It seemed Sochaux’s savior-sedan was a podium dark horse. Alas, soon those polarising French quirks reared their heads.

It turns out, there was more to spar about than just the steering wheel-to-dash relationship. Judges who preferred a touchscreen argued with button-enthusiasts about the piano-key design. There was an outburst around the bizarre USB and wireless charging pad locations. The terrible quality of the reversing camera was raised. And finally, the almost wilful oddness of an anti-clockwise tach proved to be the cherry on top of a list of frustrating irks for some that could not be undone by even the most comfortable massage seats.

The Pug’s outcome was sealed by losing a tie-breaker vote with the Mazda 3. A disappointing result for judges who felt its appetite for open roads would allow it to shine even brighter in round two, but a little too much weirdness and questionable resale value were tipping points for others. This French beauty might have its ooh la la moments, but a COTY revolution didn’t quite eventuate. 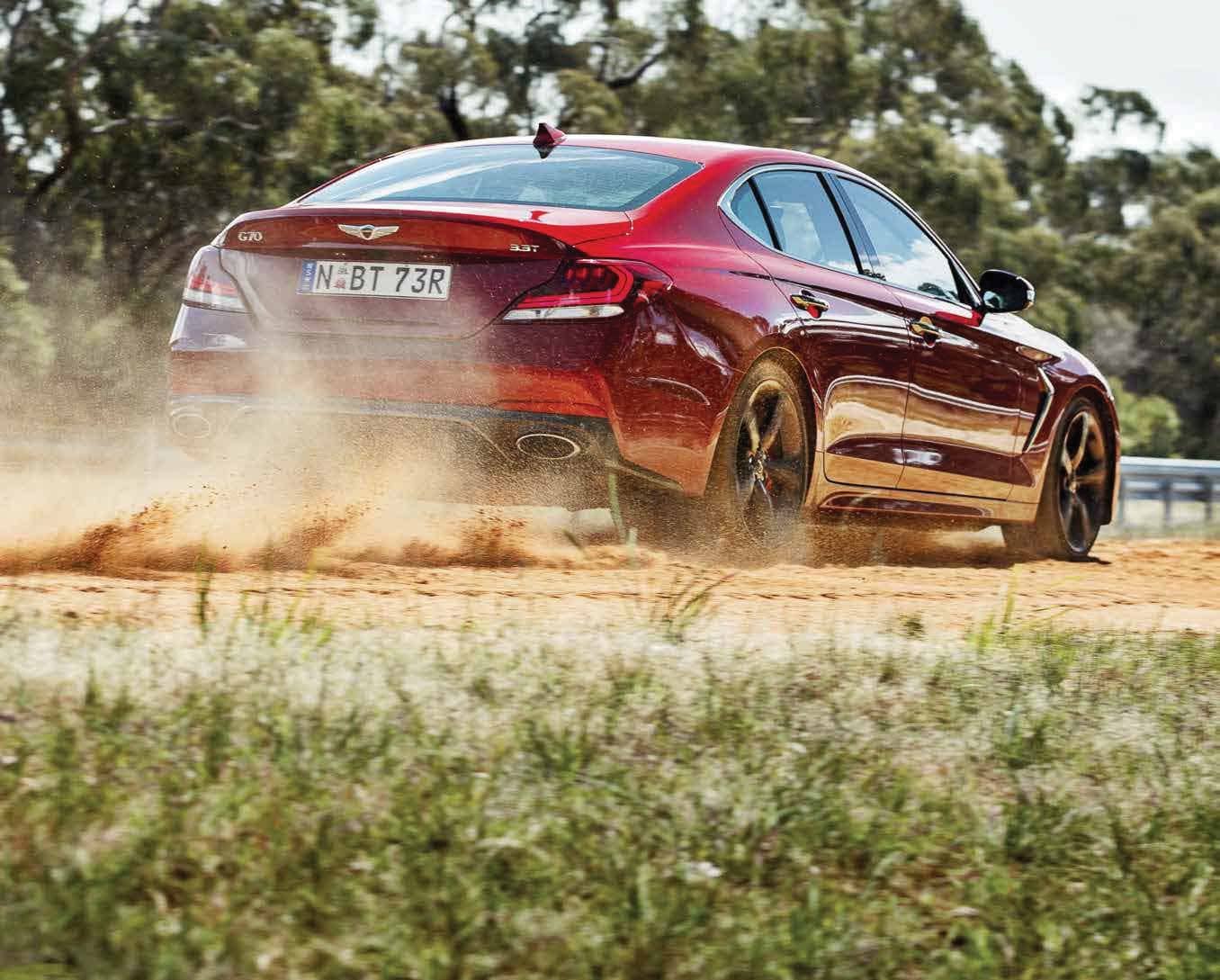 THE GENESIS G70’S fate was sealed when all bar one judge marked it as being below the average value for money. If you’re a car from Korea and you are perceived as being overly expensive, the transporter out of Lang Lang’s waiting for you. Finito. Doneski. Next.

Let’s rewind a little to 2018. During that year’s COTY, the G70’s cousin, the Kia Stinger, made it out of the proving ground and into the pointy end of proceedings. Ponch summed it up by noting, “We truly hope it sells, because genuine driver’s cars – even charmingly flawed ones – are becoming increasingly thin on the ground.” 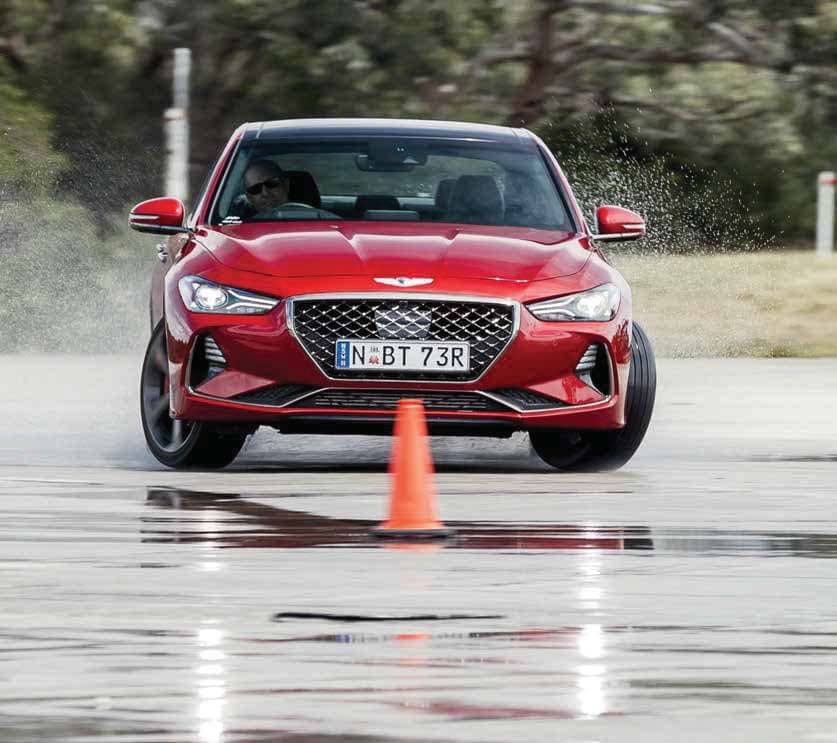 That’s still the case, and the Genesis has set about forensically excising many of the Stinger’s dynamic flaws. It’s sharper and more focused. The ESC system no longer allows vast armfuls of oversteer through the lane change or on the dirt course, and the transmission logic is less crude. The turbo four-cylinder car was, however, mystifyingly slow against the clock, recording a 7.6sec run to 100km/h versus a 5.9sec claim, the greatest variance of any car on test. In other words, it was as quick as a RAV4 Hybrid, which is hardly the mark of a focused sports sedan.

The G70 3.3T twin-turbo V6 fared better, lagging behind its 4.7sec claim by half a second, but both cars left judges baffled at how a participant in this $60K-$80K price bracket could feature an infotainment system that looked as if it had been lifted from a $25K Hyundai i30. And how the entry-level 2.0-liter car we tested was within a sniff of the price of a flagship Stinger GT, especially given the Genesis comes with a five-year warranty versus Kia’s seven-year deal.

If you really value the additional polish that the Genesis brings over the Kia, then it’s reasonable to assume that a $71K BMW 330i could seem a very diverting proposition. 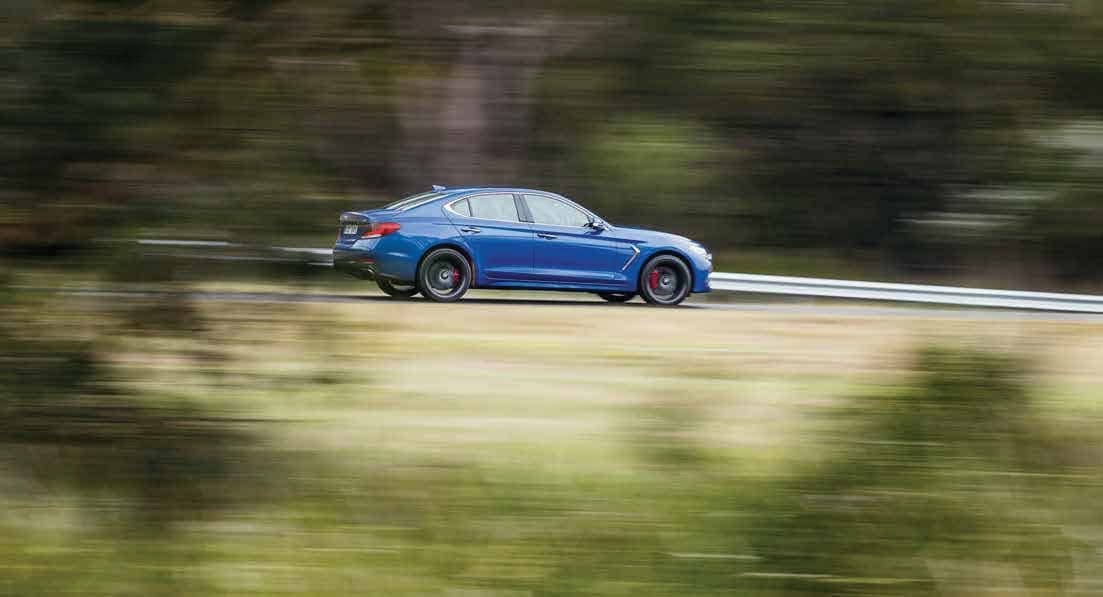 Hagon also noted that the G70 demanded premium fuel whereas the Stinger was happy on normal unleaded.

Westerman, as regular readers will know, has taken delivery of a G70 long-termer. While some complained about the meager boot size and rear legroom in a car this size, he brought attention to the G70’s sheer ease of use, the logical layout of all controls and the feel-good factor of the V6 engine. He’s right, too. There’s a delightfully short learning curve to this car, and that 272kW six never feels as if it’s left wanting for urge.

Aside from Genesis’s almost non-existent dealer network, judges were also left unimpressed by some safety omissions such as no pre-safe tech, 360-degree cameras only on the range-toppers and a marginal AEB score for pedestrian and cyclist protection. The V6 also consumes 32 percent more fuel than the faster and more powerful BMW M340i xDrive.

The Genesis was, on the whole, well-liked. While some judges tutted and groused at the quality of some minor pieces of switchgear, it’s clear that Genesis has made a genuine effort and delivered plenty of content. The trouble is, it never really gels into the sort of cohesive end product that forms an easily digestible buyer proposition or which scores uniformly well against the COTY criteria. All of which meant that the G70 entertained, but didn’t deliver the impact required to go any further this year.

SEVENTH GENERATION HAS THE FORM, BUT NOT QUITE THE FINISH

THE BMW 3 SERIES was a shoo-in for the top three at Car of the Year this time around. The pre-event scuttlebutt even had some proclaiming it the favourite to trouser the big gong, the first BMW to do so since the i3’s controversial win in 2014. The G20-generation 330i had already aced a couple of Wheels comparisons against some illustrious rivals and the four-cylinder sedan was joined, for the first time in Australia, by the six-cylinder M340i xDrive. By most accepted measures, this formidable one-two combo had the punch to spark many of the other contenders out cold.

Indeed, after the first round of voting, the 3 Series was second-favorite on the judges’ scorecards. But then something odd happened. Given that there was a tie in the lower orders of the voting, COTY protocol dictated that the seven judges return to the voting room and strike off one of their five choices. In doing so, the BMW found itself plummeting from second place to last and it was auf wiedersehen, Dreier.

All of which suggests it had squeaked in by the skin of its teeth on most of the scorecards. So what went wrong? In truth, very little. The judges merely felt that the remaining contenders stood up better to the detailed criteria of COTY. At least two of the judging panel were left distinctly flat by the 3 Series’ blend of talents. One word kept coming up, time and again: connection. The 3 Series’ overall polish, slick steering, and morbidly obese steering wheel left some of the panel feeling removed from the action, questioning how the BMW had garnered such billing as a driver’s tool.