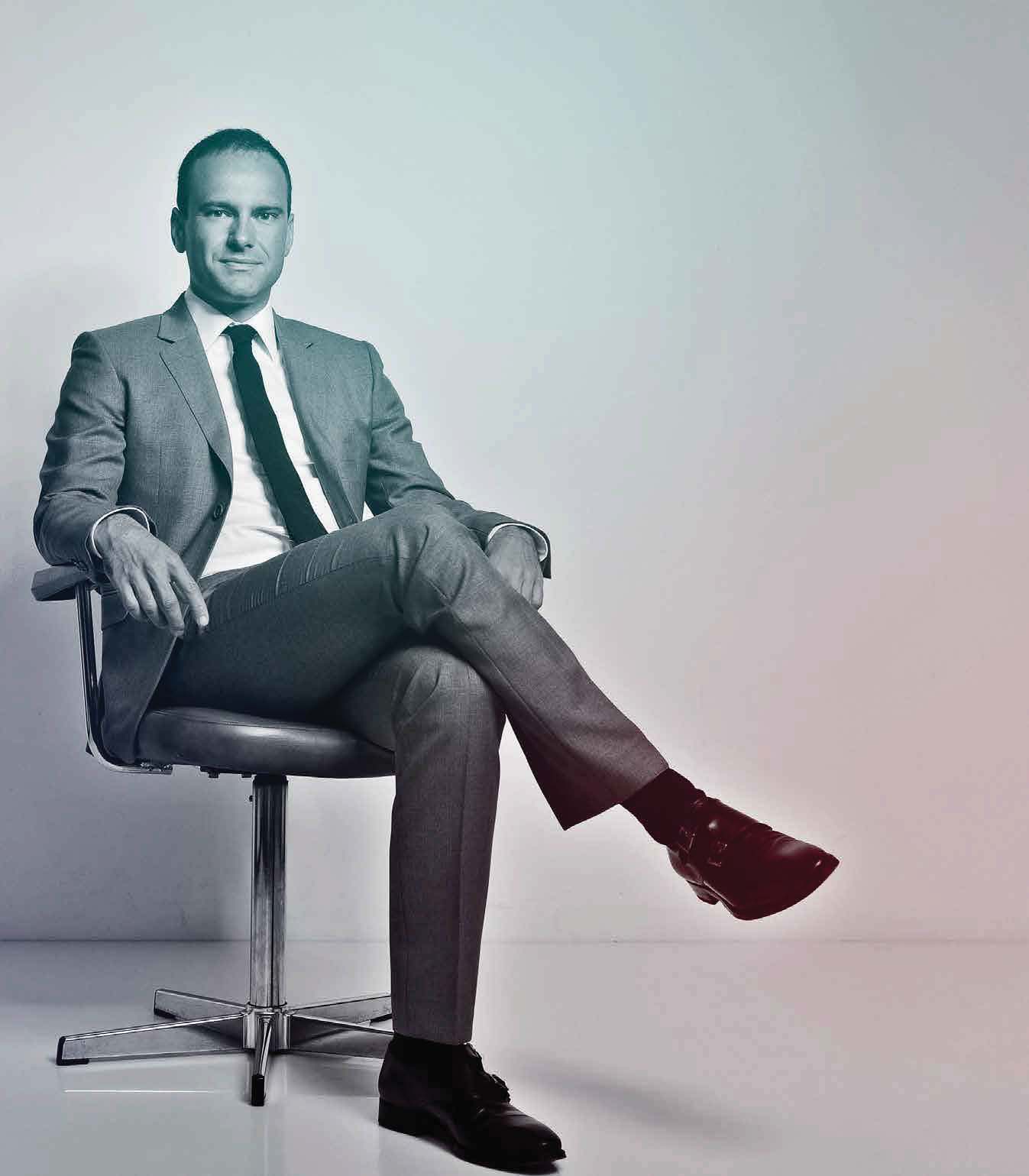 WE SIT DOWN WITH THE PRESIDENT OF BMW'S M DIVISION AND TALK POWER, PLANS AND PURITY. AND SUBMARINES

MARKUS FLASCH ought to look happier. The boss of BMW M has just given a presentation highlighting how, within the space of five years, BMWs with M badges have seen sales rise by 207 percent. He’s just outlined a nine-model Sa product offensive through to 2021, and we're in the pit lane at a sunny Kyalami race track in South Africa with almost every car to ever wear an M badge available to us. And yet the brow is furrowed and he’s prickly, almost combative.

It’s a long way removed from the last time | spoke to him, almost a year ago when the 38-year-old ex-Magna Steyr prodigy and M8 product guru was newly installed in the job. Back then, he was affable and great for a quote. Maybe too great, as some of his more ebullient lines, such as calling the forthcoming M8 a “911 Turbo killer” seem to have been toned back for a more measured approach.

After claiming that nearly 50 percent of all BMWs now wear an M badge or are an Mtrim line, he denies that M is losing its specialness as a result and morphing into a default shorthand for BMW. “M has never been a competing brand to BMW," he says, shrugging. “M is the exaggeration of what BMW stands for, in terms of driving pleasure. M supplements BMW and it’s going to remain this way.”

Sales success can breed a new suite of problems though. Does driving BMW customers towards the faster and higher-emitting cars in the range merely undo a lot of the research and development investment the company is making in electric mobility? He does little to hide a flicker of annoyance. “The increase of market share of M models does not compromise the role you do. Our models are very efficient, and secondly, we are well experienced in balancing our portfolio,” he says.

When it comes to hybridised and electrified drivetrains, Flasch has a very simple measure of what he wants those vehicles to be. “Success has to be better than the predecessor's character. We won't mess around or compromise the distinct character that our M cars have today,” he says. “An electrified car, whether it's plug in the wall, battery electric, has to take it up with the predecessor, and | know that there are physical limits, but within physical limits of working dimensions, we are going to make it happen.”