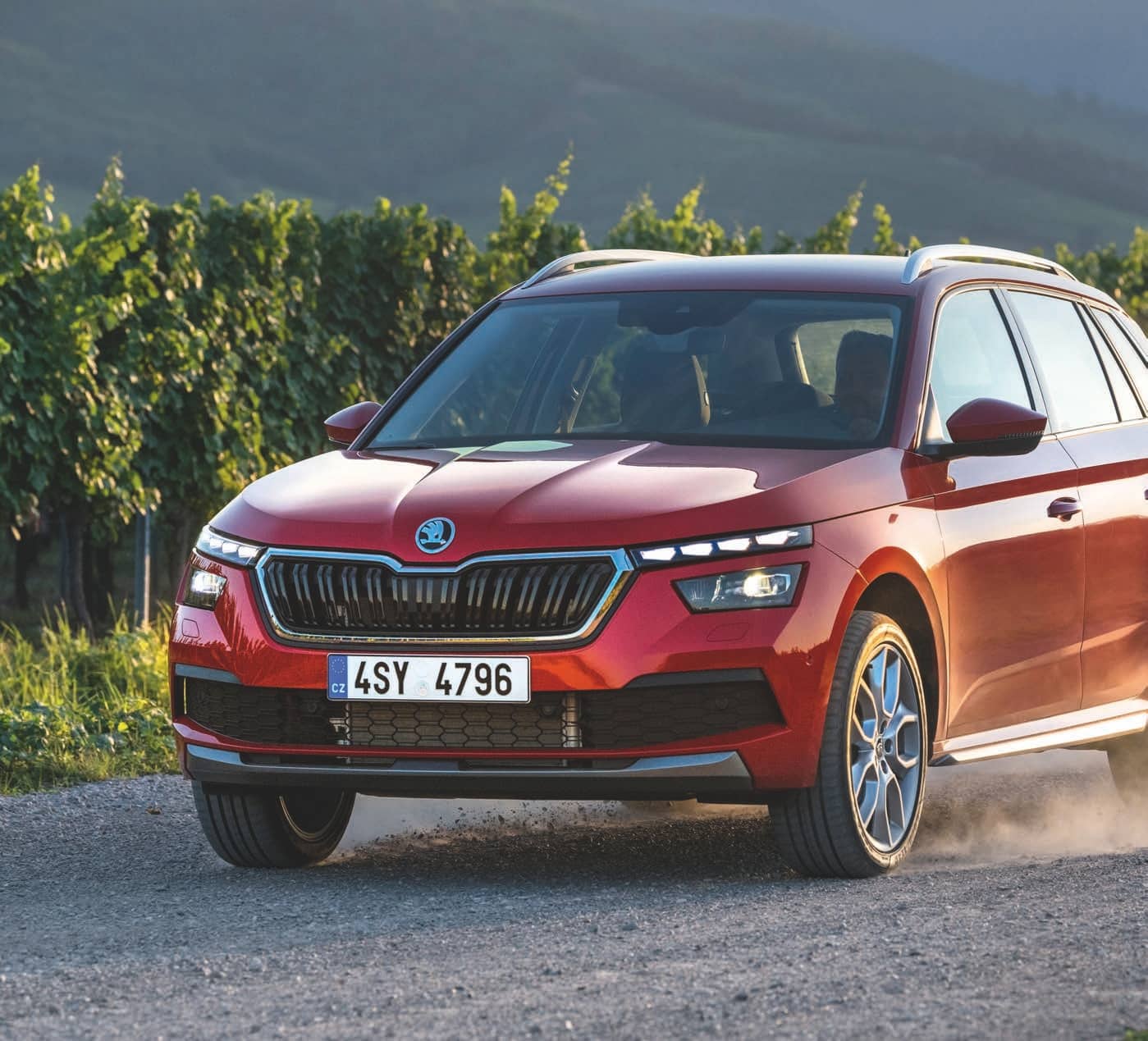 Skoda looks to take control of the small SUV market with its slightly roomier take on the Volkswagen T-Cross On sale November Price from £17,500 (est)

SMALL SUVs ARE becoming more and more like chocolate bars: while the basic ingredients of some of the best sellers are now very similar, there’s still always something to help you decide which one to buy.

So, why might you choose the new Skoda Kamiq over the Seat Arona or Volkswagen T-Cross, two cars that share its mechanicals and underpinnings? Well, sticking with the choccie analogy for a moment longer, the Kamiq has a different wrapper and a squidgier filling – but is also what you might describe as king size.

Before we explain exactly what we mean by all that, though, let’s consider the styling, because while Skoda hasn’t exactly been as adventurous as Nissan was when it launched the Juke back in 2010, the Kamiq isn’t simply a Karoq (Skoda’s larger family SUV) that has been put through a photocopier set to 95%.

The split front light design, with LED daytime running lights above the headlights, is new for the brand, for example, and the Kamiq is the first Skoda to be available with dynamic indicators front and rear. This means LEDs light up in sequence from the centre of the car to the edge, in effect pointing to the direction in which you’re going to turn. It’s a fancy feature that you might have noticed when following a modern Audi or Jaguar, so kudos to Skoda for offering it at such a low price point.

Another nifty feature is hidden plastic strips that automatically pop out to cover the edges of the doors as they open – particularly helpful for preventing over-exuberant kids from denting cars parked next to you at the supermarket. Meanwhile, the usual Skoda accoutrements, including an umbrella hiddenin the door and an ice scraper that lives in the fuel filler cap, are present and correct; there’s even a rechargeable torch that lives in the boot.