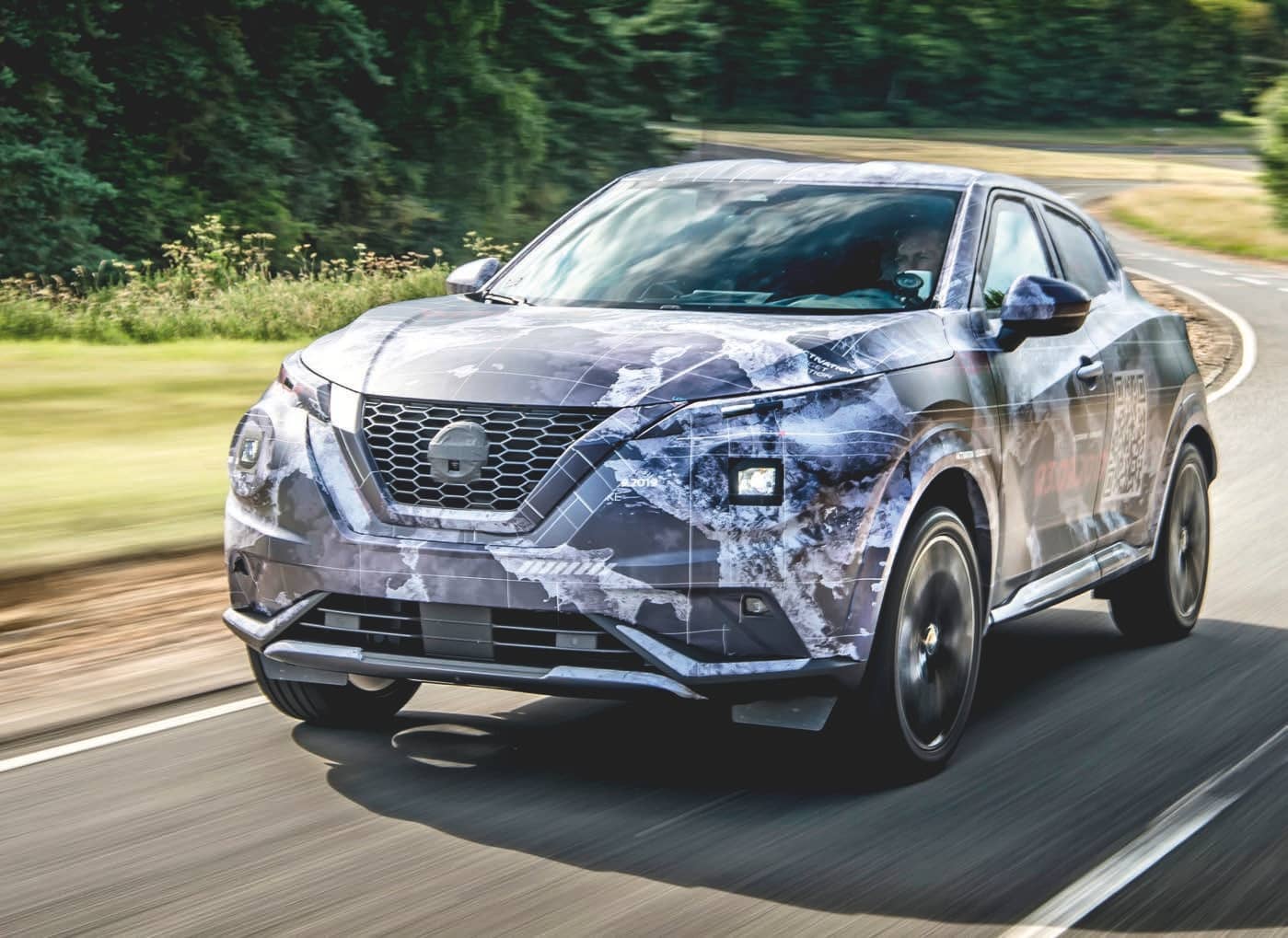 Everything is new, inside and out, as one of the original small SUVs is reborn On sale November Price from £18,000 (est)

LIKE JESUS IS the saviour for Christians, the SUV is the redeemer of Nissan. At the start of this century, the brand was in the doldrums; fading faith in its regular hatchbacks meant it needed a bold new vision. So, it took a huge gamble by scrapping them all and preaching that what you needed was to worship at the altar of high-riding models such as the Qashqai and Juke. And what a conversion it proved to be: sales rocketed and Nissan was resurrected.

To be honest, though, the outgoing Juke is far from blessed. Its looks are as polarising as religion itself, its ride as uncomfortable as a bed of straw and its tiny rear seats fit only for David; Goliath has no chance. None of that mattered at first, because there were few competitors, but today small SUVs are ten a penny, from the Seat Arona and Volkswagen T-Cross to the new Renault Captur – a rival rather close to home. That’s right: for the Juke’s second coming, Nissan is using the same mechanicals that underpin the French car.

The only engine confirmed so far is a turbocharged 1.0-litre three-cylinder petrol. With 115bhp, 0-62mph is said to take 10.2sec – roughly in line with the 1.0 TSI 115 versions of the Arona and T-Cross. Emissions are also competitive, ranging from an expected 113g/km of CO2 for the manual and 111g/km for the seven-speed dual-clutch automatic.

Diesel won’t be forthcoming, but there’s a strong chance that a hybrid will. What makes us so confident? Two reasons: Nissan doesn’t deny it (always a good sign) and Renault has already confirmed that there will be a plug-in hybrid Captur. Nissan’s engineers don’t rule out a fully electric Juke, either.