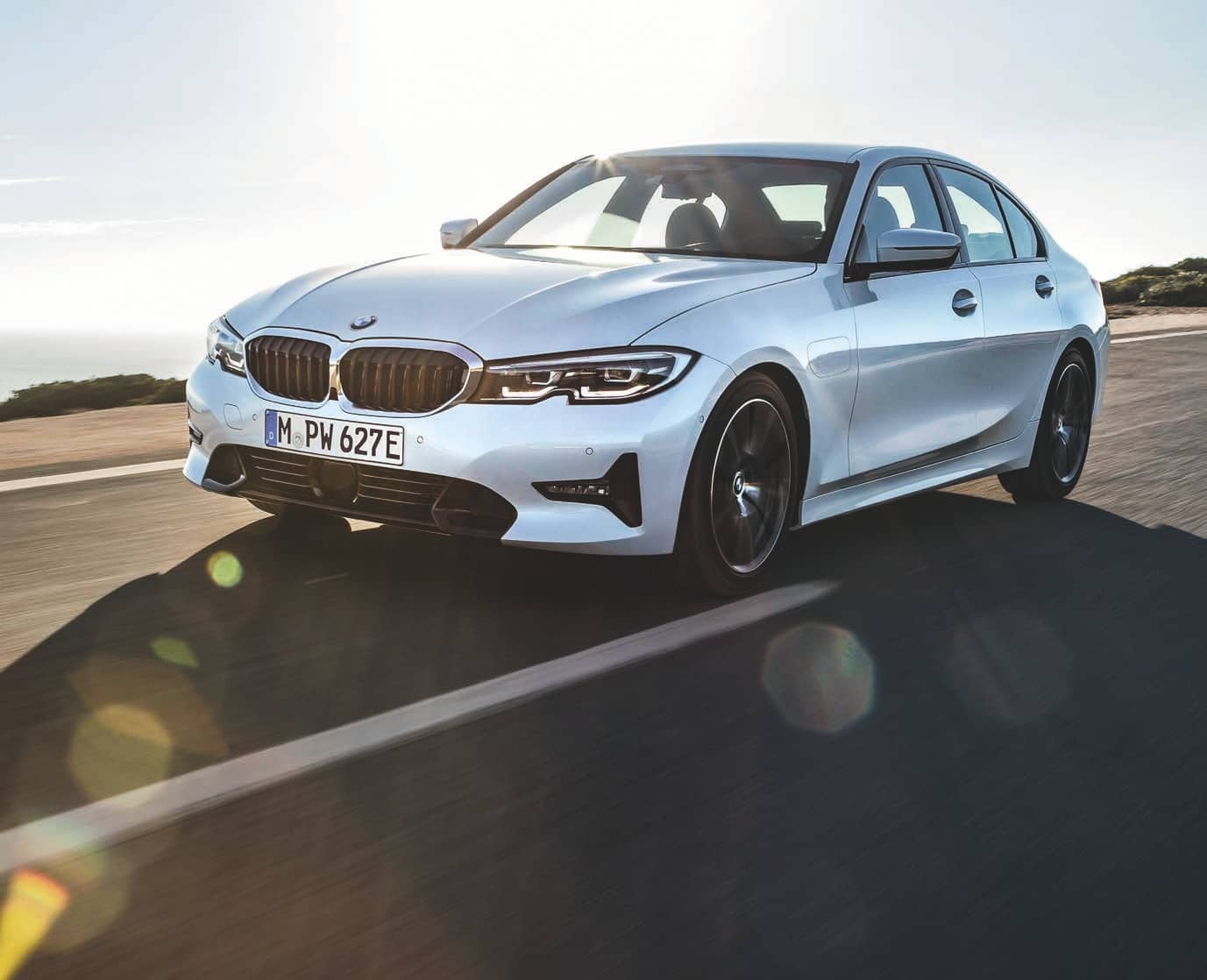 Plug-in hybrid saloon aims to bring a long electric-only range without compromising the driving experience On sale September Price from £37,875

YOU CAN LOOK at the new 330e saloon as the fusion food of the car world, combining BMW’s tradition of making sharp-driving cars with the latest advances in plug-in hybrid technology.

Compared with the previous 330e, the new model’s electric-only range has almost doubled to 41 miles, leading to an incredible official (WLTP) fuel economy figure of 138mpg, while NEDC CO 2 emissions of just 39g/km translate to very low tax rates. Given that the 3 Series is a company car favourite, it’s no surprise that BMW expects every fourth example sold to be a 330e.

Under the bonnet is the turbocharged 2.0-litre engine from the regular petrol 320i, making 181bhp, plus a 111bhp electric motor. A combined 248bhp is sent to the rear wheels via an eight-speed automatic gearbox, or you can have the 330e with xDrive four-wheel drive. The 12kWh battery that feeds the motor is stored under the rear seats in order to keep as much boot space as possible.