In Search Of The Samba 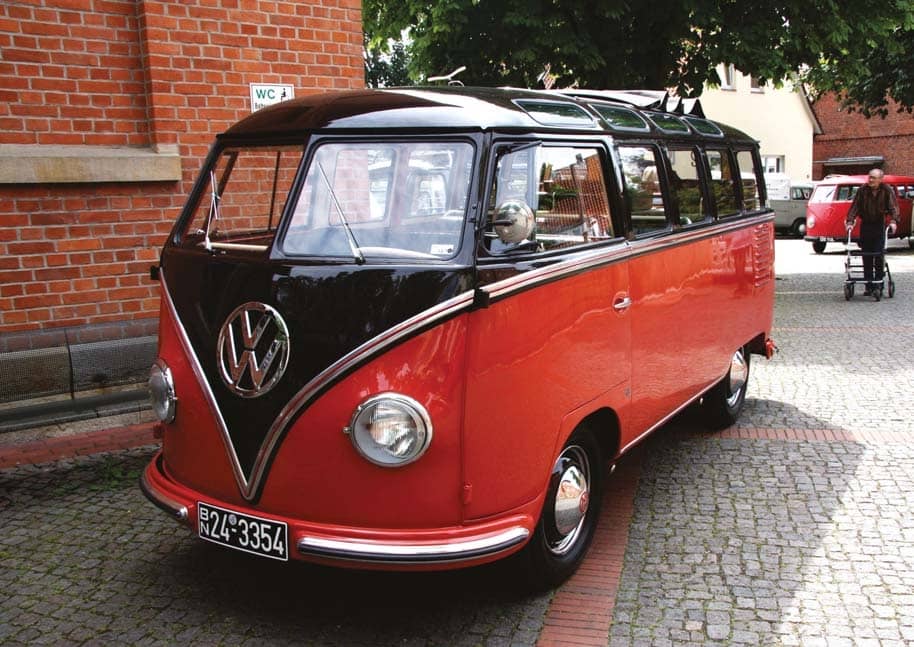 In which we compile a collection of Sambas and dream of lottery wins and a purpose built garage.

There’s no doubt about it; the ultimate Bus for many is the Samba, or the ‘VW Kleinbus “Sonderausführung” (special model) as Volkswagen originally opted to call it. Twenty-three windows, twenty-one, fifteen, or thirteen, the full works with sunroof, or as a tin-top, to most of us it really doesn’t matter. Well, here’s a few that were unearthed earlier, mainly either at Hessisch or Camberg and most of them date to the period when Chestnut Brown (L73) reigned supreme along with even longer-lasting Sealing Wax Red (L53). 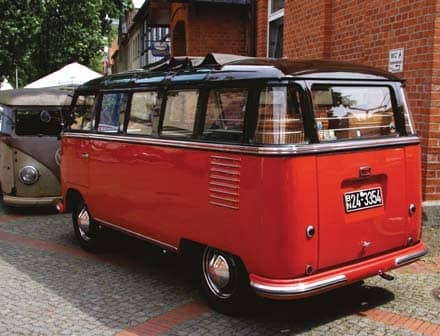 First up - pictures one and two - how’s this for a real beauty? By general reckoning, it dates from the period after 10 March ‘53, when the rear bumper became part of the standard spec (for Sambas only), a dating detail confirmed by a pivoting quarter-light and a side mirror angled down - both changes effected on 2 Jan 1953. What this lovely Samba illustrates is gorgeous originality. Let’s have a look at a page filched from a 1956 brochure (post barn door and picture three) and ramble on, (sorry discuss), the finer points of the much more expensive model than the rest of the bunch Transporters. Grabbing a price list dated 10 March 1954, the Pick-up rumbled in at DM 5,725, the Micro Bus at DM 6,975 and the Samba at an eye-watering DM 8,475. 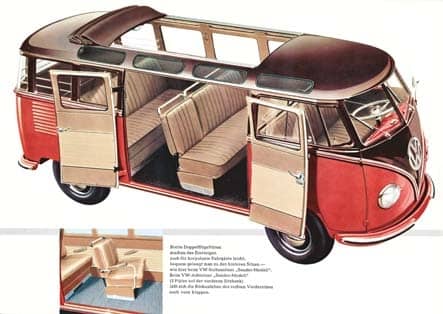 Of course, the money was all in the trim. For starters there was the sun-roof manufactured by Golde and the skylights, initially made of Plexiglas (think sort of Perspex) to keep costs down. And where did that idea come from? Think of coaches of the era and earlier and there they are; windows in the roof panel offering light and luxury to holidaymakers. 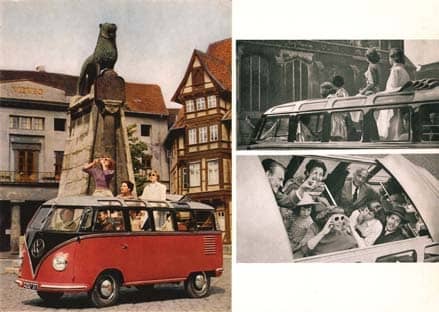