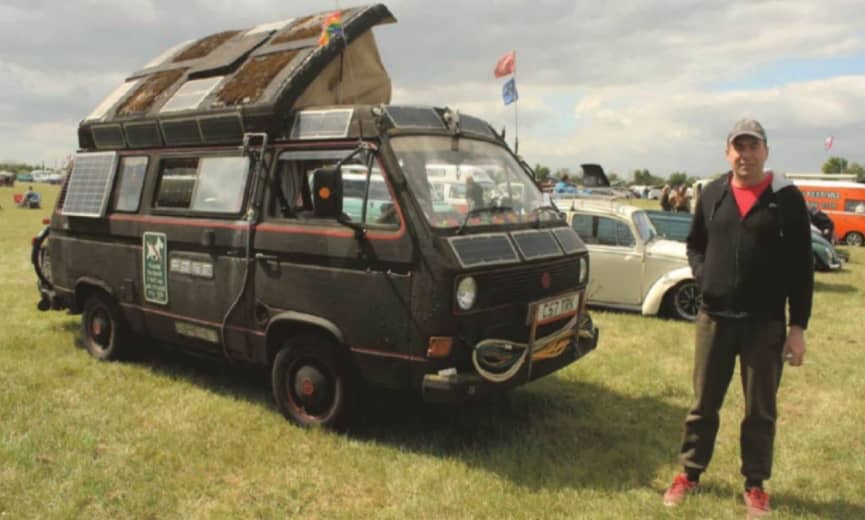 Your pride and joy is our delight to share, so here they are

Nigel Broatch bought his Bus at the latter end of 2007 and it’s his daily driver. He’s completed many fascinating modifications over the years, the most obvious being the rustic paintwork, which has a very rough texture, thanks to a clever mix of grease,sand and masonry paint, costing only £20! He certainly never needs to buy any wax for polishing. Prior to this major transformation the paintwork was red. Then there’s a profusion of solar panels dotted everywhere, which Nigel reckons all told, can return upto around 400 watts. “Luckily the body had been well undersealed when I bought the Type 25, but after a couple of years use, I realised it needed a new engine, which is a 1.9 litre water-boxer,” explains Nigel. “Indeed, this is its third engine and total mileage is almost 200,000. The four-speed gearbox has only needed to be mended once.”