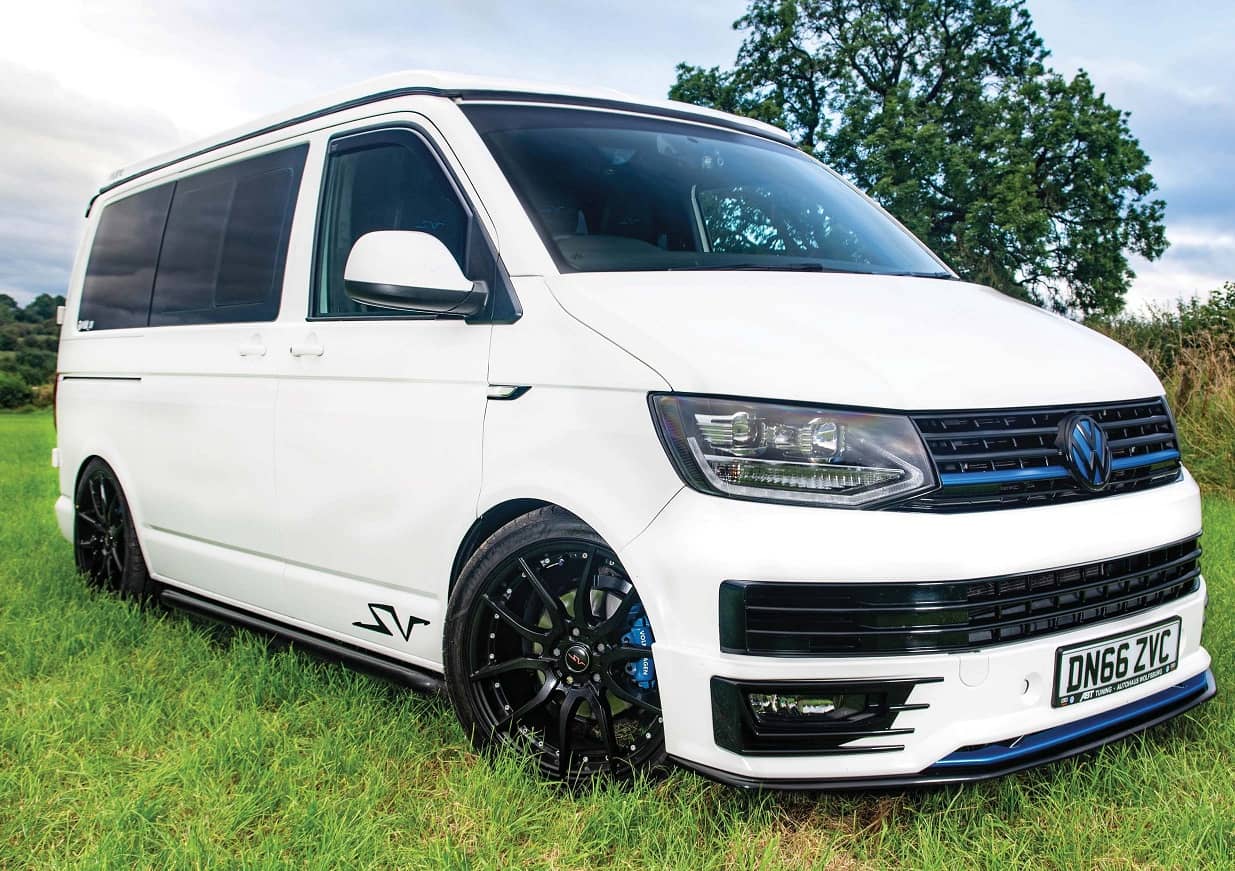 When you first find the Transporter scene and the Dubs Outlaws group in particular, then you need a van that works for you, if it looks the part too then that’s an added bonus

Steve Richards is a mechanic and currently works for Volkswagen. He’s been there for a while and has had many examples from the product range, including a bunch of Passats, a Tiguan or two and a couple of Golf Rs. His fiancé Kyrie has been a fan of Audi’s for a long time, but she was happy to switch to a camper and fulfil Steve’s longheld dream of owning one. He’d always fancied a Splitty, but as he needed something he could use as a daily, they thought they’d should consider something a little newer.

The couple liked the look of the T5 owned by Kyrie’s brother Matt, he very kindly let them have a decent test drive to make sure it was for them. Following that, they saw a few vehicles that ended up being unsuitable. That was until they spotted a 5.1 that had windows fitted, but nothing else. They decided to take the plunge and one of the first things they did was to head to the Lake District for a spot of camping, along the way they stopped off in Liverpool to collect some (bus) furniture. This was followed by a brief stop at a service station, so that Steve could fit them together and at the very least have the units in place even if they weren’t bolted down. They used towels for curtains and were quite happy with their lot, that was until a swanky California rolled into the campsite and parked up next to them and was ready and comfortable in no time. They did get a more regular set of curtains in place, but it wasn’t until they were on their way on another trip that they were installed. 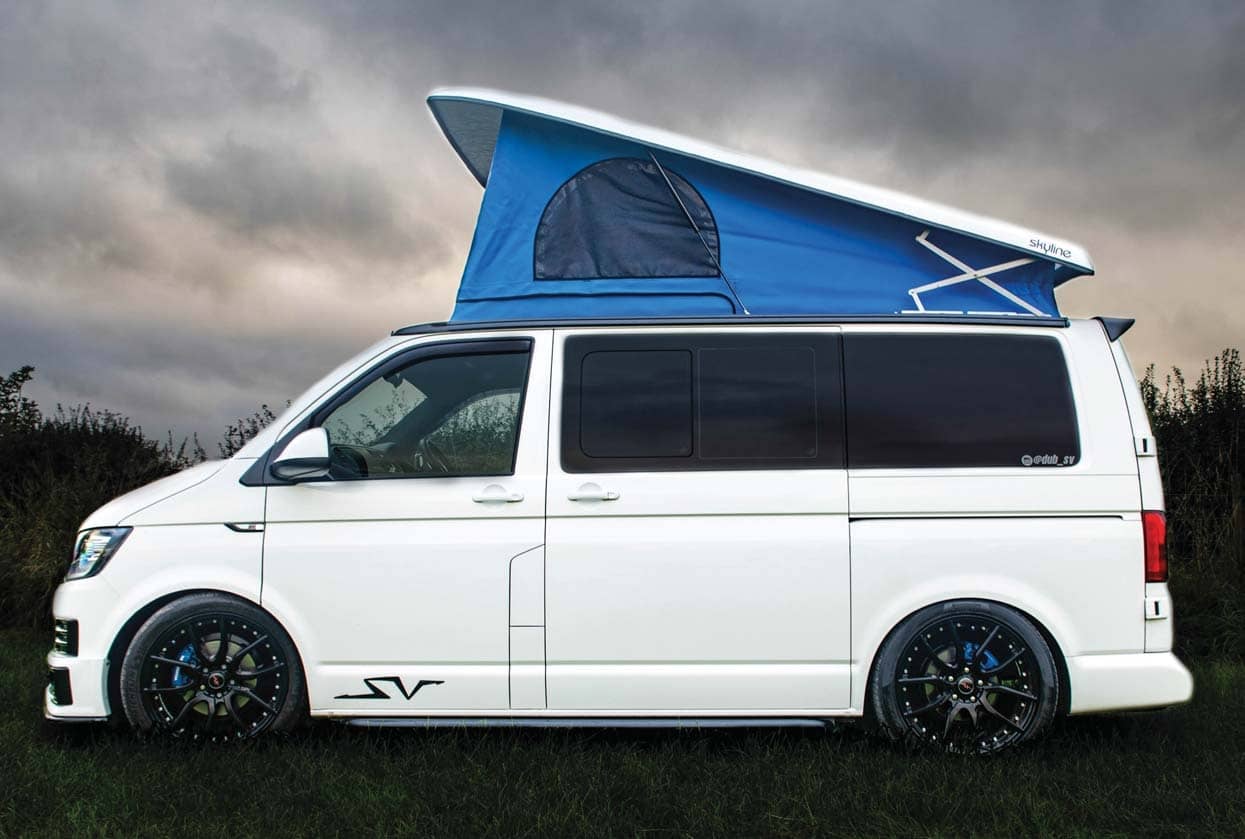