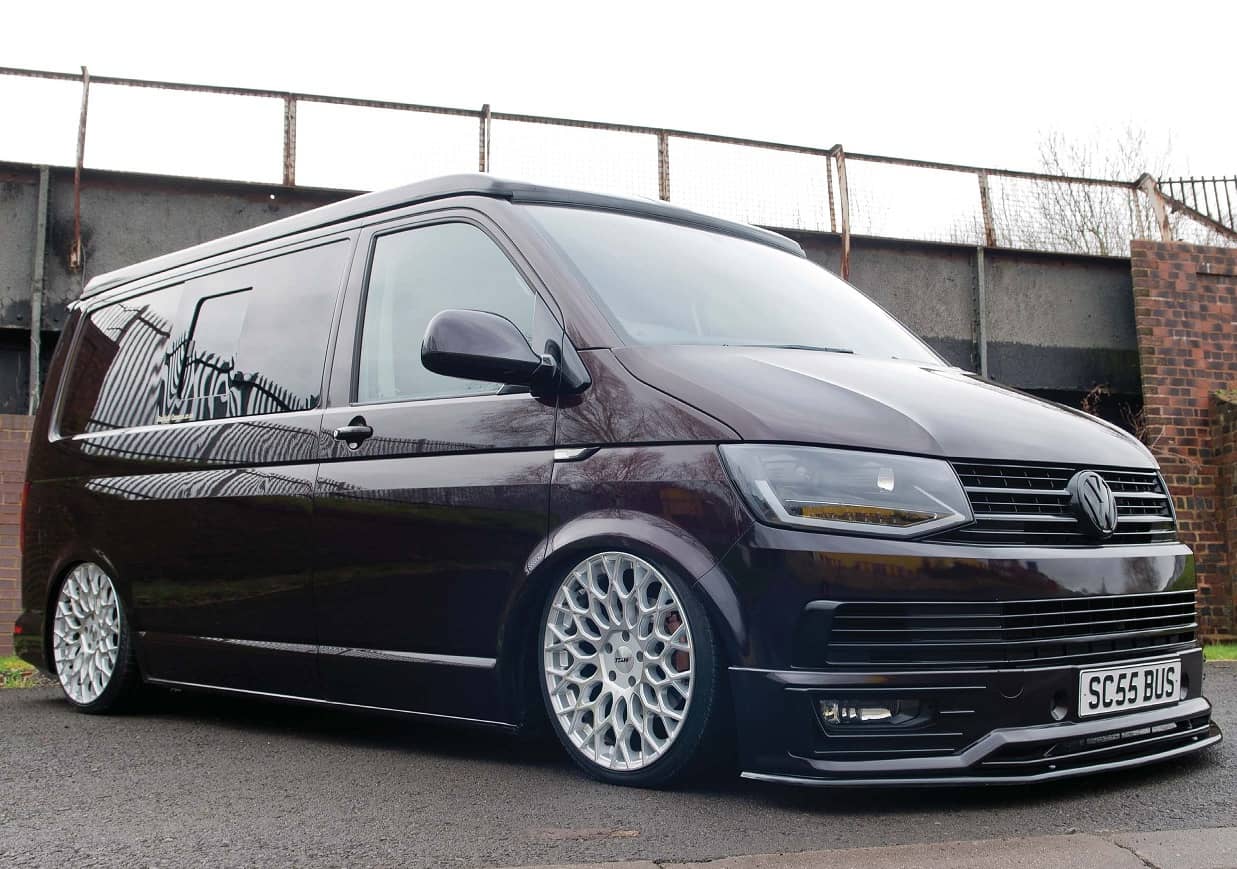 Mark Cherrington has lost count of how many T6s he has worked on over the past couple of years. Well he is the very hands-on boss at the Midlands-based Starlight Campers—so I supposed that’s to be expected. 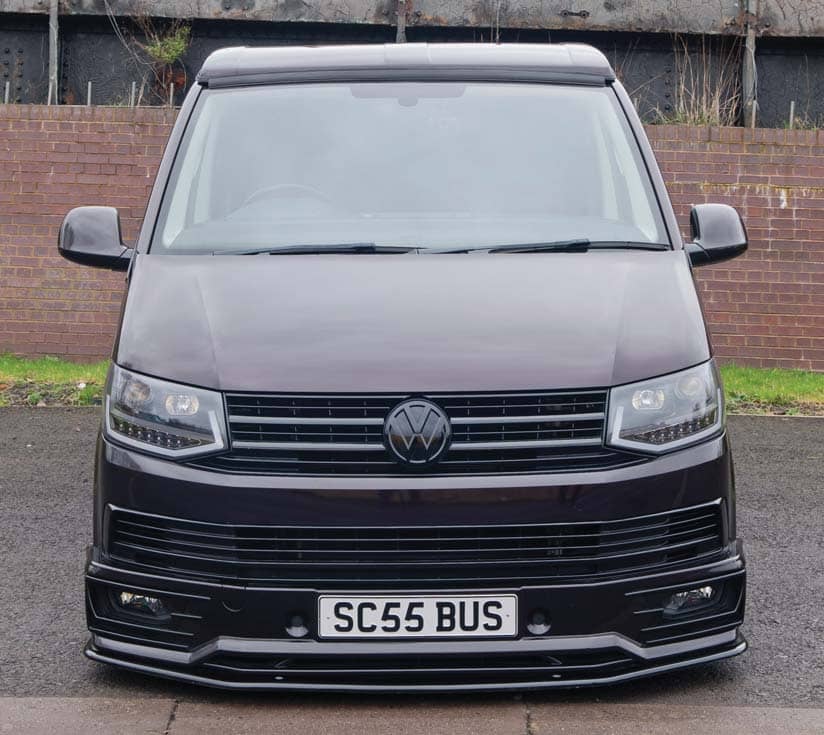 However, the T6 we are featuring today is a bit special to him, it’s his daily driver, and also has a part-time job as the Startlight Campers demo van for 2019/20. “It did some shows for us last year and I won’t be getting another this year, so this will last us until the end of 2020,” said Mark. 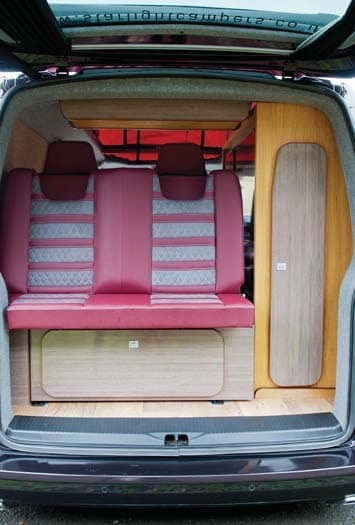 So, what’s the process when it comes to sorting a new company demo van? “The most important option for me this time was that my new T6 had to be Blackberry colour and they are quite hard to find,” Mark replied. “I found this one at a VW dealer and it’s the Highline spec, SWB and with a tailgate, which was also important to me,” he continued. That’s because he already knew that he’d be fitting a shower to the tailgate; it’s a cold-water system flowing via a normal bathroom shower head— if you need to know the shower information. 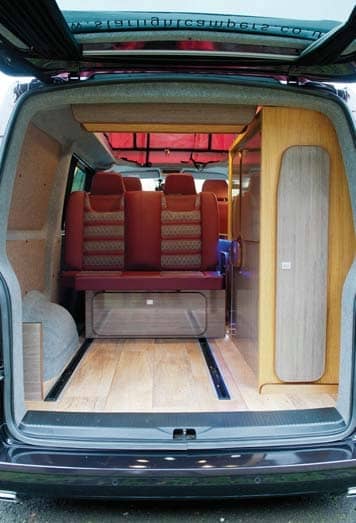