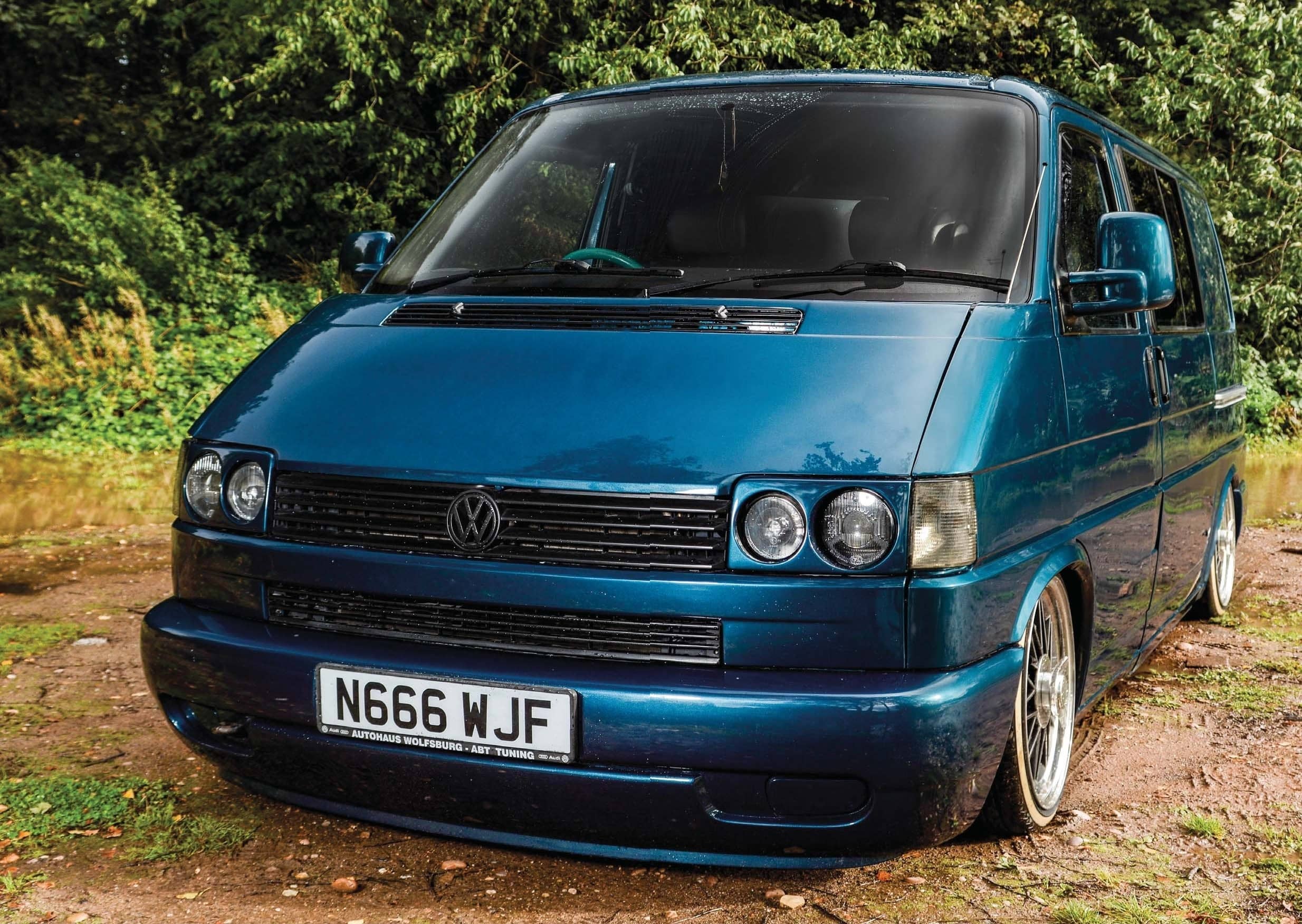 If you have a van that’s used for family camping trips, but you like the look of lowered vans, then the best thing your missus can say is “Hydro”

As a fan of lowered vehicles, Waren Fells has reduced the ride heights of pretty much every vehicle he has ever owned. His understanding partner, Soniya, has put up with them all. After the many issues Waren faced with his vertical challenges she suggested he finally solve them once and for all on this vehicle, with a hydraulic suspension set up. The search for lows on the van began when, after seeing T4s around and thinking that one would be the perfect vehicle for his growing family, he sold his 1972 Beetle. 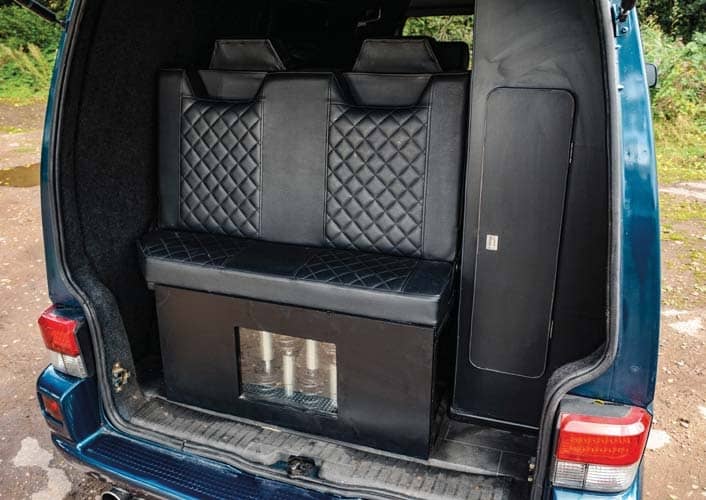 This 1998 short wheelbase bus had been used to deliver hired bouncy castles to and from their destinations. Consequently, it had received a fair number of dings and dents in the course of its previous occupation. The first thing Waren did on getting the bus home, was to lower it a little. His brother in law, Richard, had coincidentally bought a T4 too. Waren gave him a lift to collect his, in exchange for a helping hand when they both fitted some Apex springs and wound their front torsion bars down. For Waren that lasted all of two weeks, before he installed a set of five-inch Faulkner springs. These lasted a little longer, but eventually became four-inch versions from the same manufacturer. After damaging his gearbox on some raised ironworks, in the form of a manhole cover, it was decided that the box needed to be lifted. Sadly, the sump then suffered an injury caused by a particularly ferocious cat’s eye, it seems the bus was sufficiently lowered for all the road surface furniture to be an issue. Some careful driving was required. After a further incident, Waren decided that additional action was required. So, he dispatched the bus to Spence at The Old Dub Shop, where the engine and gearbox were raised by an inch. At that time Waren was adamant that he wanted to stay static and so he and his mate, Neil, notched the front chassis.