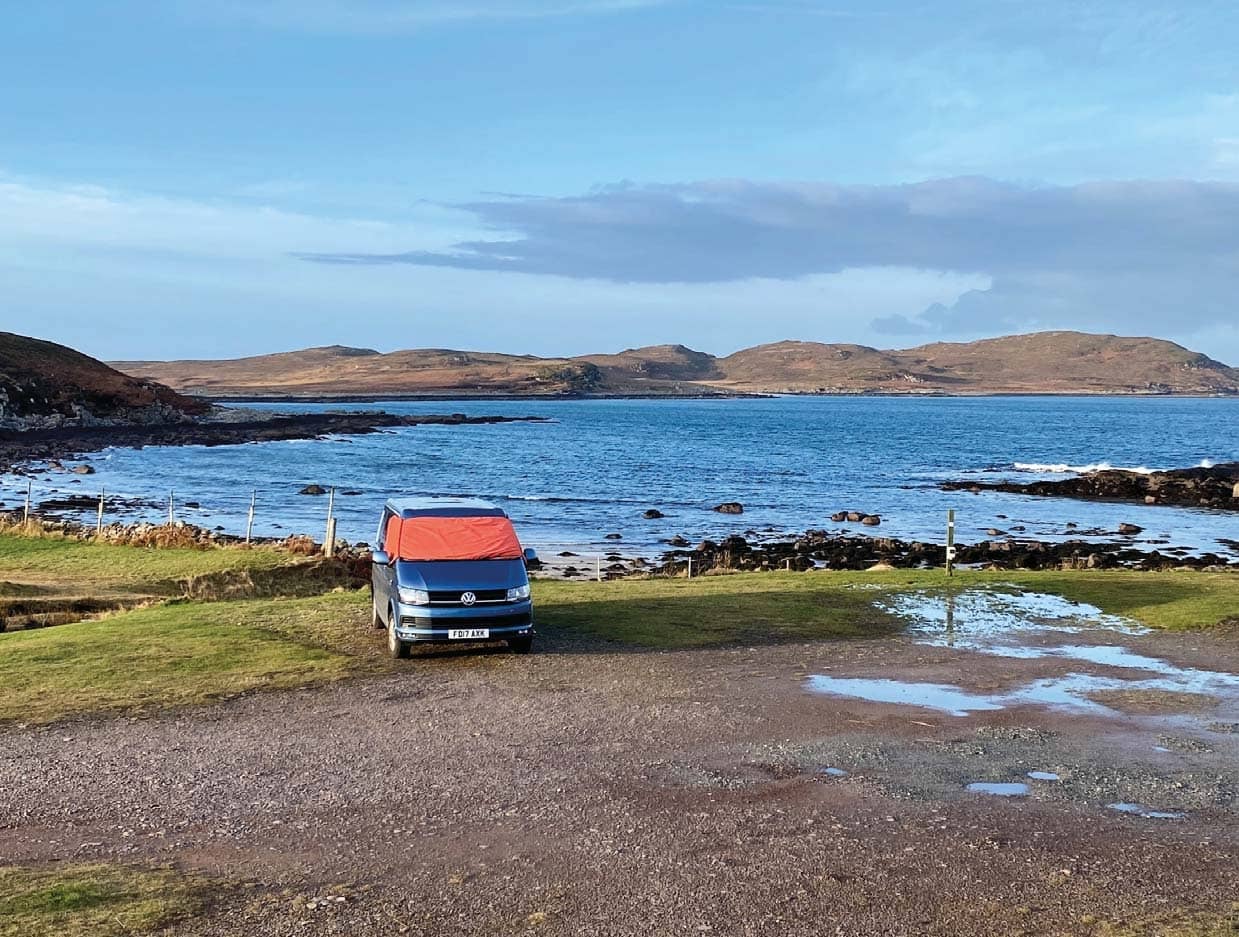 The iconic North Coast 500 is an ever-present on many bucket lists. In this, the second instalment, Richard and Jackie Pickles complete their trip

After a restless night of high winds and driving rain in Oldshoremore, on the north-west coast, we really experienced the calm after the storm. A morning stroll before breakfast on the deserted Scourie Bay, was followed by the long walk into Sandwood Bay. It’s a real trek, across wild moorland, but well worth the effort. Two hours later we were treated to the most unbelievable sights—we didn’t know that places like his existed in Britain. A real Robinson Crusoe moment of absolute isolation, with only the local sheep for company. We also experienced the wildness of Scottish weather, getting hit by a flash hailstorm that appeared from nowhere and disappeared as fast as it arrived. With most of the day gone after getting back to the van, we took the short drive to Drumbeg. This is off the official NC500 route on single track roads, but definitely worth the drive. Another free wild camp followed, with access to public toilets in the most idyllic village and the park up looking out to sea. 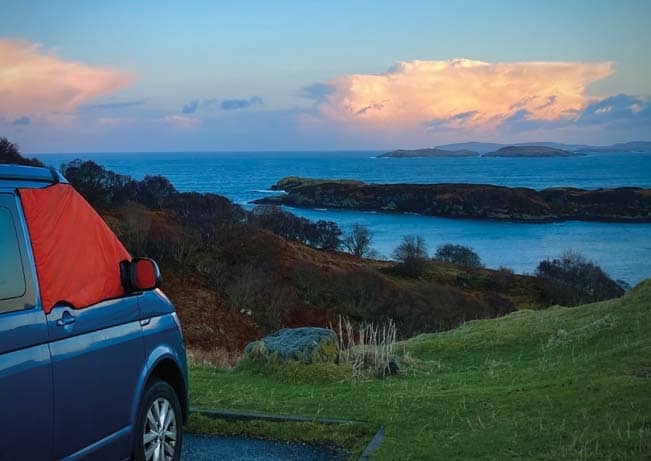 The Wild Guide flagged up the Old Man of Stoer as our next adventure, so another long and eventful walk ensued. The lack of footpaths on the coastal walk led to a couple of unintended bog snorkelling moments. The highlight of the day was surprisingly not the iconic sea stack, but looking out into the Atlantic ocean and seeing parallel downpours heading our way. We followed the advice of nature (the sheep) and sheltered in a natural hollow. Waiting patiently as both downpours passed us by was a humbling moment, realising just how powerful nature can really be. This was further reinforced when visiting Achmelvich Bay, one of Britain’s most beautiful beaches… in the snow. Possibly a once in a lifetime opportunity to make a snowman on the beach! 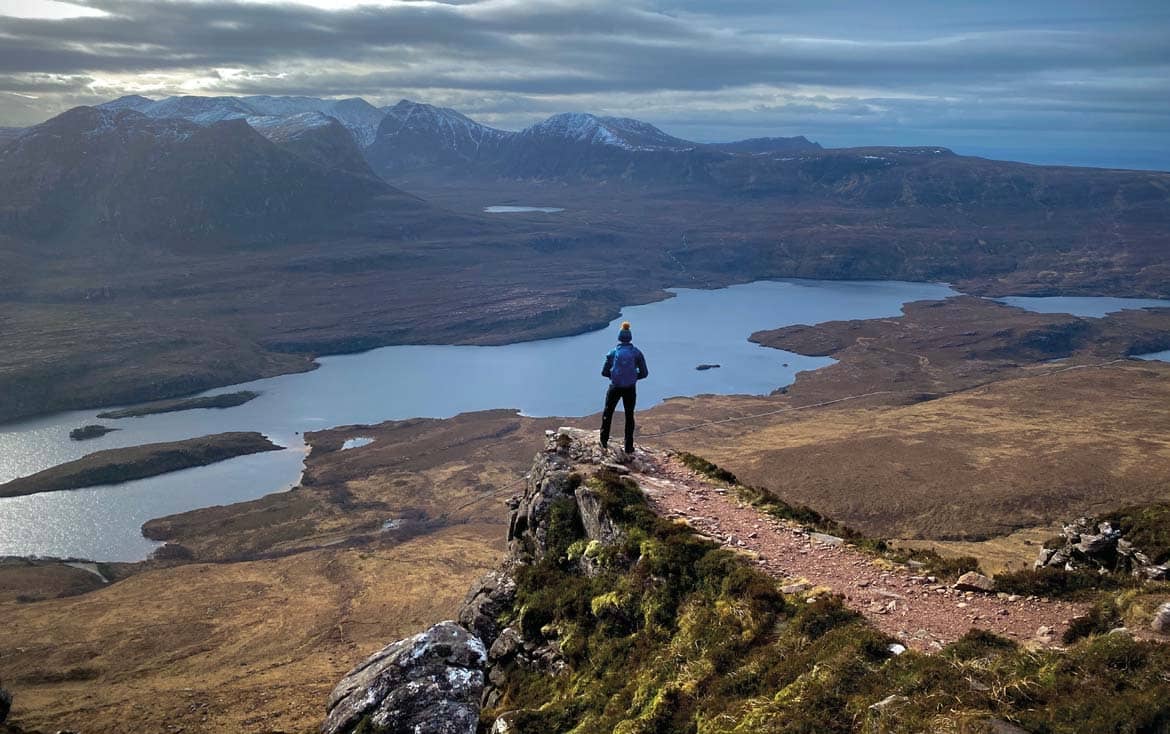