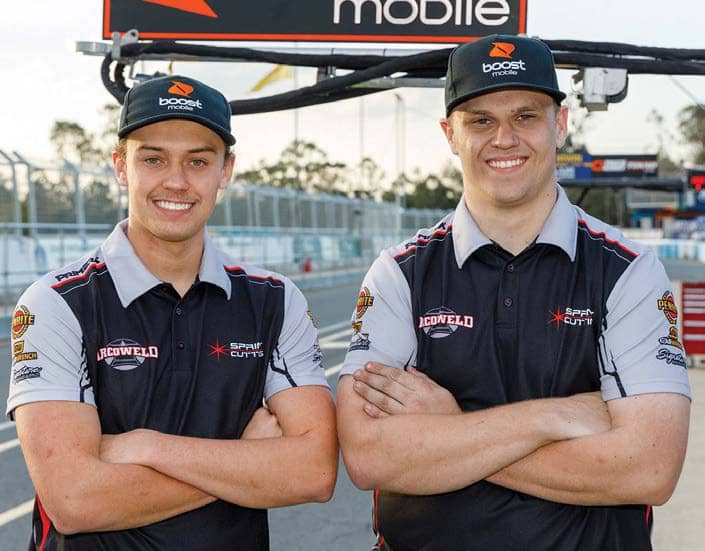 The 2019 PIRTEK Enduro Cup will be a crucial test in the careers of a number up and coming drivers, thrown into the deep-end at Bathurst with the opportunity to impress in the main game. These are their stories...

The season of endurance is a chance for the rising stars of Supercars to make a name for themselves. With no warm-up event before Bathurst, the pressure will be on the youngsters to not only get up to speed but also impress.

These are the young drivers to watch in the 2019 PIRTEK Enduro Cup:

The Kosteckis have become regulars in the Dunlop Super2 Series in recent years, with brothers Kurt and Jake and cousin Brodie becoming a part of the furniture in the second-tier category.

This season saw Kurt break off from the family operation to join Triple Eight Race Engineering’s Dunlop Super2 Series team, whilst Jake and Brodie stayed to team up in this season’s PIRTEK Enduro Cup in a wildcard entry.

Jake has been a regular in the top 10 in the Dunlop Super2 Series in 2019. Brodie started the season with a race win in Adelaide, though he bowed out of the championship with his car converted into the ZB Commodore that the cousins will pilot this endurance season.

The Kosteckis have found themselves a backer for their maiden campaign with Boost Mobile coming aboard as title sponsor for Bathurst, in what is a momentous occasion for Kostecki Brothers Racing.

With both Kosteckis hitting career-best form this season, they and the team will be out to prove they aren’t out of place in the main game.

Brown burst onto the scene in 2016, taking out both the Toyota 86 Series and Formula 4 Series championships.

The Toowoomba native followed this up with an impressive Dunlop Super2 Series debut season with Eggleston Motorsport in 2017, taking six top-10 finishes in his first six races on his way to ninth in the championship and the Mike Kable Young Gun Award.

He stepped up into the main game in 2018 alongside Anton De Pasquale at Erebus Motorsport. Strong runs were counteracted by bad luck at Bathurst and a mistake that resulted in a hefty accident on the Gold Coast, but Brown gave a good account for himself and returns to the #99 for this year’s PIRTEK Enduro Cup.

Brown is in his third Dunlop Super2 Series tilt in 2019, in addition to a successful campaign in the inaugural TCR Australia Series.

The De Pasquale-Brown combination impressed at Bathurst last season, so look for the #99 entry to be at the forefront of this endurance season. With Brown’s name being linked with a few main-game seats, another strong endurance run could strengthen his case for a full-time drive in 2020.