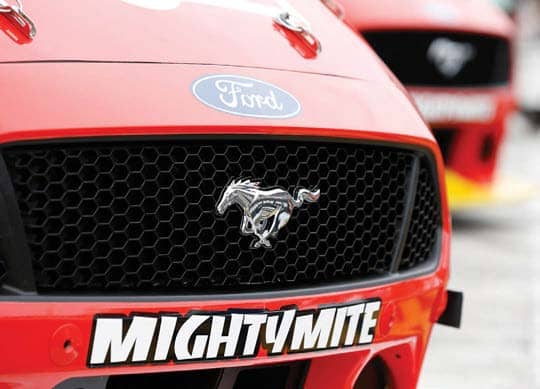 The Ford Mustang Supercar has had a near-perfect start in the Virgin Australia Supercars Championship, putting its Holden ZB Commodore and Nissan Altima rivals on the back foot in 2019.

The Blue Oval’s new racer has continued where the championship-winning FG X Falcon left off, though the number of wins and level of performance suggests there is a significant gain with the Mustang in 2019.

Lacroix was responsible for the design of the Ford BF Falcon, FG Falcon and Holden VF Commodore body kits when he was designer and engineer at Triple Eight Race Engineering. Those cars won the championship or Bathurst 1000 in their debut seasons in 2007 (BF), 2009 (FG) and 2013 (VF) and, on current form, the Mustang could do the same, much to the chagrin of Lacroix’s former employers.