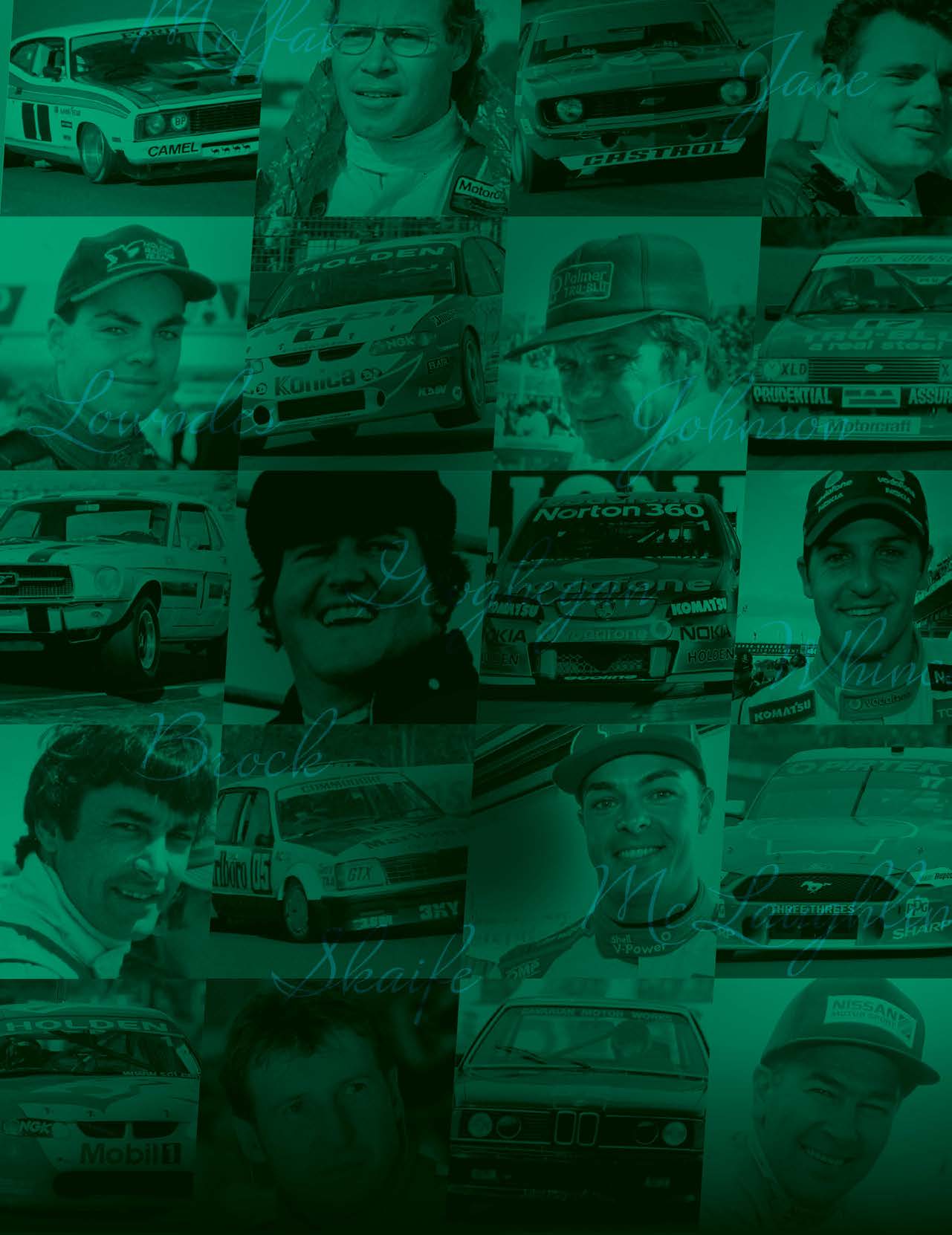 Who are the greatest drivers in the 60-year history of the Australian Touring Car Championship/Supercars? We rank the top 60 with an emphasis on best championship finishes, race-winning percentage and competitive longevity. Only drivers with top 10 championship finishes were considered, to emphasise championship performances over part-time or endurance campaigns. Also, results from the Bathurst 1000 and other endurance events were only factored in when they were part of the championship. 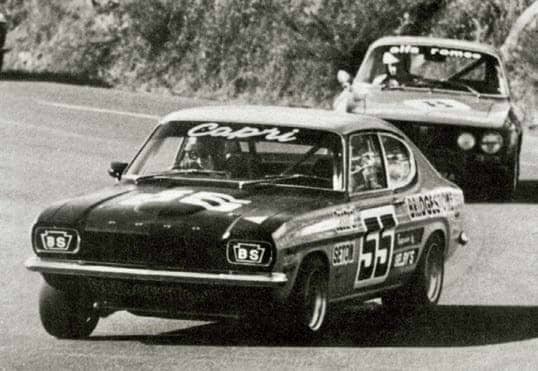 Barry ‘Bo’ Seton is one of a number of drivers who are better known for their results in the Bathurst 500/1000 than the Australian Touring Car Championship. While he never won a race in the championship, his class performances in Ford Escorts and Capris netted him third outright in the championship in 1976, one of four top 10 championship finishes. 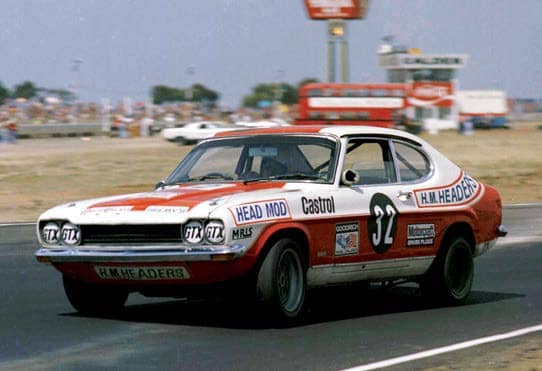 Lawrie Nelson raced in the championship for a 20-year period. He scored podium places as an outright contender with a Chrysler Valiant Charger in 1973 before switching classes to race Ford Capris in Group C and then Mustangs in Group A. It was in a Capri that Nelson finished fourth outright in the championship in 1977 and won a class race in 1979. 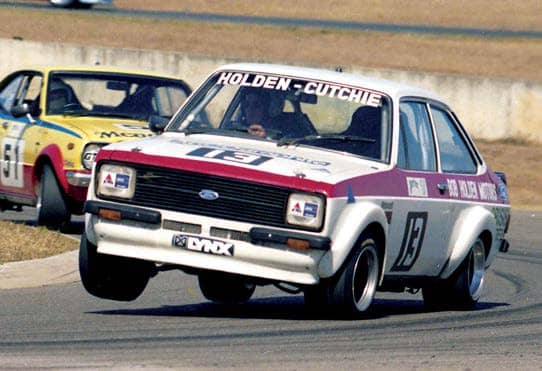 Bob Holden is one of the great stalwarts of the championship, in a career that lasted from the second single-race decider in 1961 to the start of the V8 era in 1993. Holden mostly raced in the lower classes, driving Ford Escorts and Toyota Sprinters in his own entry, with the quirks of the points system netting him second place in the championship in 1982. 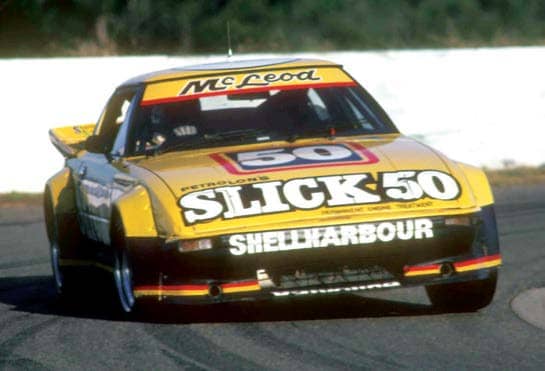 Peter McLeod is better known for his Bathurst 1000 entries, including being part of the winning entry alongside Peter Brock in 1987, but he did make a number of appearances in the championship throughout the 1980s. Most notably, he finished third in the championship standings driving a Mazda RX-7 in his only full-time season in 1984. Despite irregular championship appearances, he often recorded top-five finishes when he did race with his own entry. 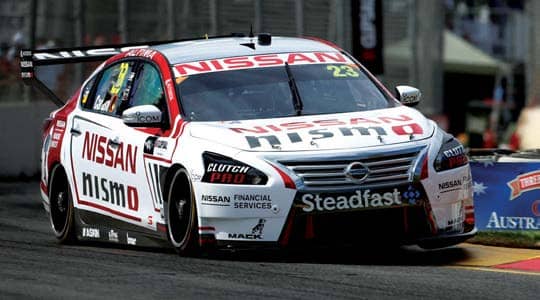 Michael Caruso is one of many Garry Rogers Motorsport graduates. Caruso won a race for the team but didn’t break into the top 10 in the championship. A move to Nissan Motorsport (Kelly Racing) netted another win and 10th in the standings, the highest-placed Nissan entry in three seasons. Caruso was often on par with the results of teammate Rick Kelly, and is considered to be a driver who should still have a full-time drive. 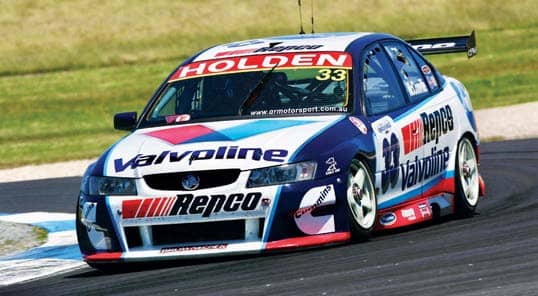 Cameron McConville’s single-event stint filling in for the injured Craig Lowndes at the Holden Racing Team in 1999 marked the one time he was with a leading team. He did win a race with Garry Rogers Motorsport and made it into the top 10 in the championship, though he was often with uncompetitive teams. 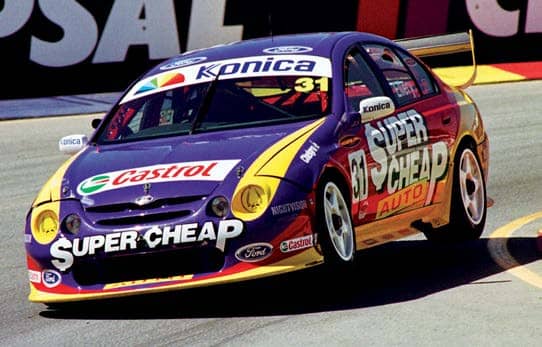 One of the most successful privateers of the V8 era finished in an impressive ninth place in the championship in 2001, defeating a number of entries from bigger teams in the process. Ellery won a race a season earlier in 2000 and finished on the podium at Bathurst with his own entry in 2003, continuing to defy expectations with his privately-run team. 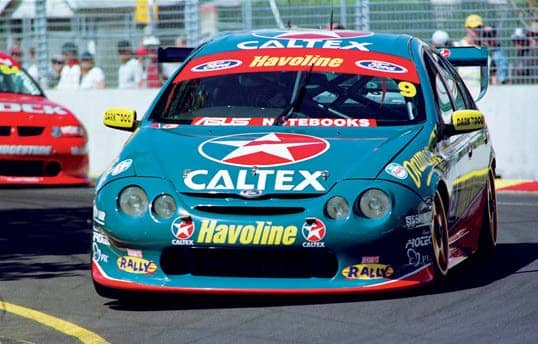 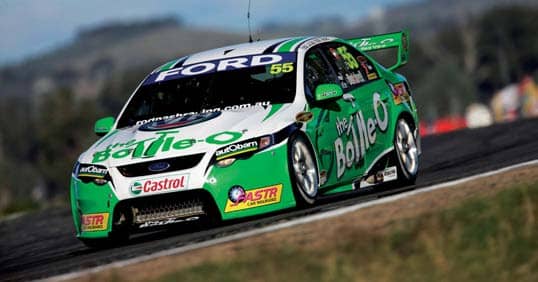 Paul Dumbrell stepped up to a new level in the championship just as his off–track commitments drew him away from a fulltime drive. He scored a maiden race win on his way to ninth in the championship in 2010, his penultimate full-time season. He became a starring co-driver at Triple Eight Race Engineering and added to his winning tally, most notably at Bathurst in 2012. 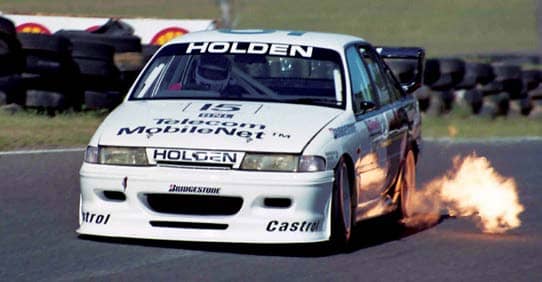 Tomas Mezera’s stint with the Holden Racing Team coincided with its early-year growing pains. Nevertheless, he finished fifth in the championship in 1995 at the end of his four-year stint with the team, going on to record solid results for his own entry and then as an endurance co-driver. Mezera amassed five podium finishes over his championship career, though he didn’t break through for a win. 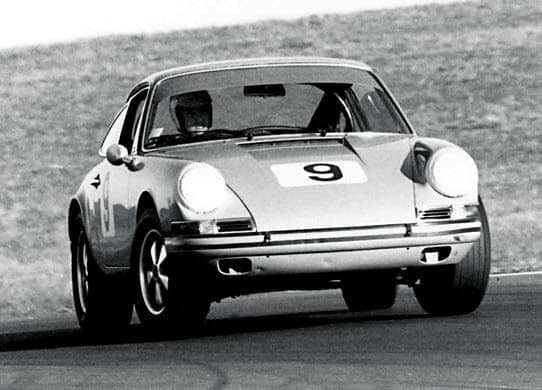 Alan Hamilton only raced in the Australian Touring Car Championship in two seasons, yet the Porsche aficionado scored two top-three championship finishes in those outings and missed out on the 1969 title by a single point. Hamilton drove a Porsche 911 in those two seasons, scoring six podiums but missing out on a race win. 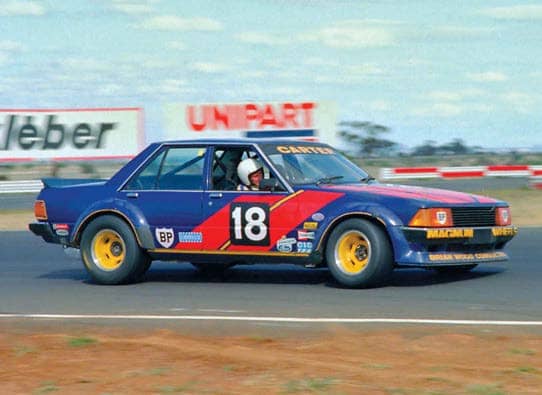 Murray Carter holds the record for most podium finishes without a race win, claiming 20 top-three finishes and a runners-up finish in the championship in 1975. Carter was the leading Ford privateer of the 1970s and into the 1980s, persisting with the Falcon even when the Blue Oval pulled its backing in the category, before a switch to Mazdas and Nissans. 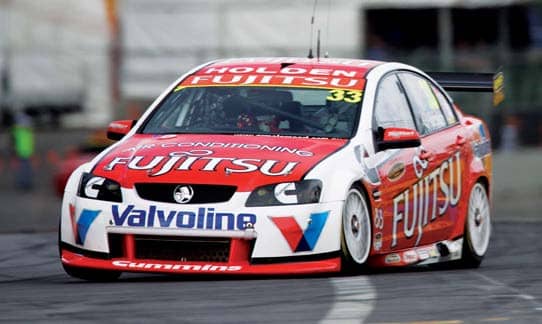 Lee Holdsworth is one of many drivers to have been given his break at Garry Rogers Motorsport, taking over from Garth Tander as the team’s leading entry during a seven-year spell. He scored wins and four consecutive top-10 championship finishes for the team, with an opportunity to repeat those achievements with Tickford Racing. 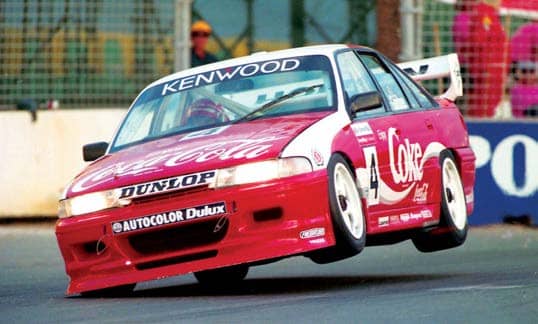 The motorcycle grand prix world champion moved into the Australian Touring Car Championship at the start of the V8 era and was amongst the rough and tumble, initially with the Holden Racing Team before setting up Wayne Gardner Racing, with which he finished in the top 10 in the championship on three consecutive occasions. 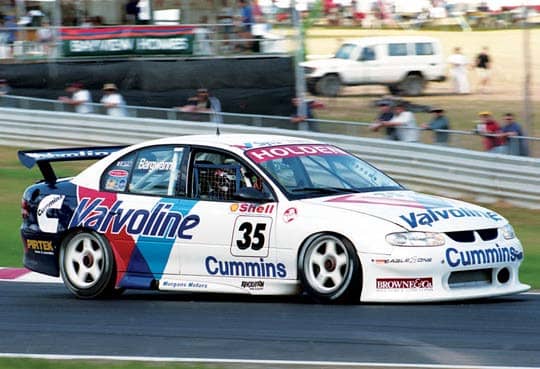 Jason Bargwanna scored a Bathurst 1000 victory alongside Garth Tander in 2000 and helped Garry Rogers Motorsport become a contending team in the category. Bargwanna claimed race wins and two top-10 championship finishes for the team, also getting into the top 10 with Larkham Motor Sport. 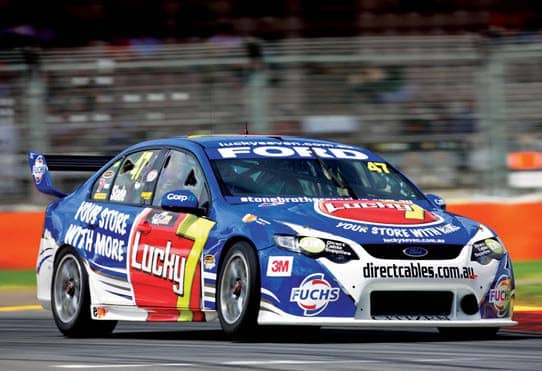 An underrated driver of the modern era who is unlucky not to have a full-time drive this season. Tim Slade’s stint with Stone Brothers Racing saw him claim an impressive top-five finish in the championship in 2012, before the sale of the team to Erebus Motorsport. He scored two consecutive race wins for Brad Jones Racing, though couldn’t break into a contending team. 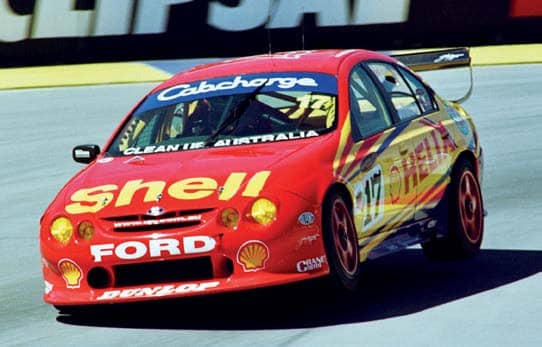 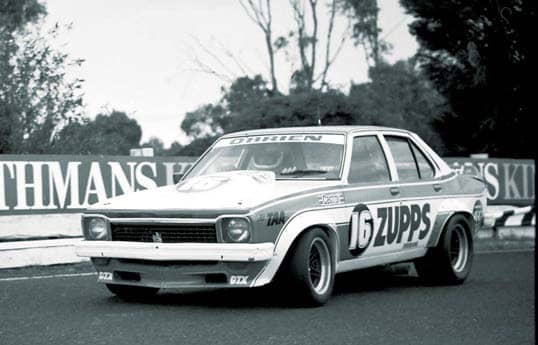 Charlie O’Brien won a race in a privately-entered Holden Torana in his full-time rookie season in 1976. Podiums with various teams and a top-five finish in the championship followed, though his outings in the category were limited. A podium in a privately-entered BMW 635 CSi after a six-year absence posed the question of what could’ve been. 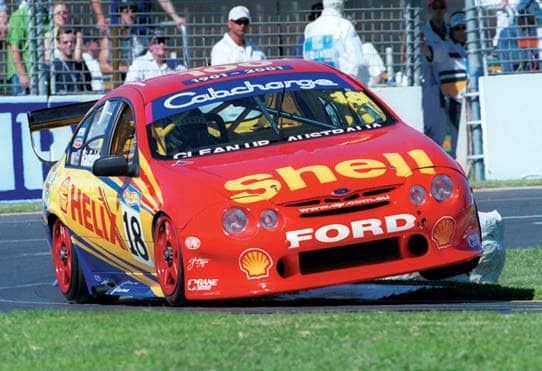 Paul Radisich made a name for himself in European Super Touring in the early 1990s before a move to Australia at the end of that decade, scoring impressive results for Dick Johnson Racing. There were some other standout performances, including a top 10 for Briggs Motor Sport ahead of the Triple Eight Race Engineering takeover, before injuries ended his career prematurely. 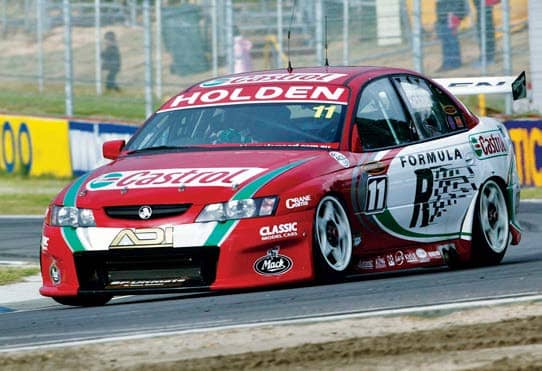 Steven Richards followed in the footsteps of his father Jim Richards in winning multiple Bathurst 1000s, though championship success eluded the second-generation racer. His five-year stint with Perkins Engineering produced the best results, before he settled into the role of co-driver and added to his Bathurst tally. 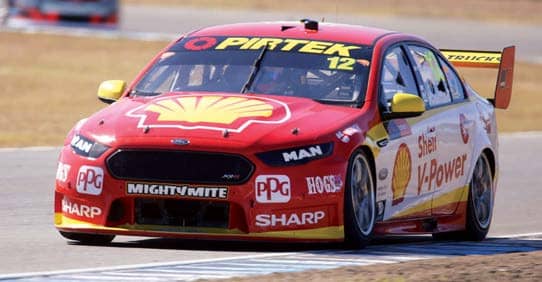 Fabian Coulthard had a challenging start to his championship career with part-time stints at Tasman Motorsport, Team Kiwi Racing and Paul Morris Motorsport. Podiums for the unfancied Paul Cruickshank Racing proved the turning point, eventually leading to Brad Jones Racing, where he won multiple times and became the team’s most successful driver. He’s added to his tally at DJR Team Penske with a best of third place in the championship. 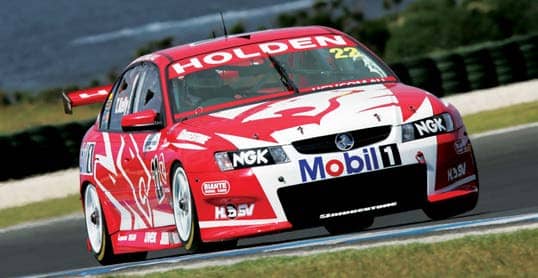