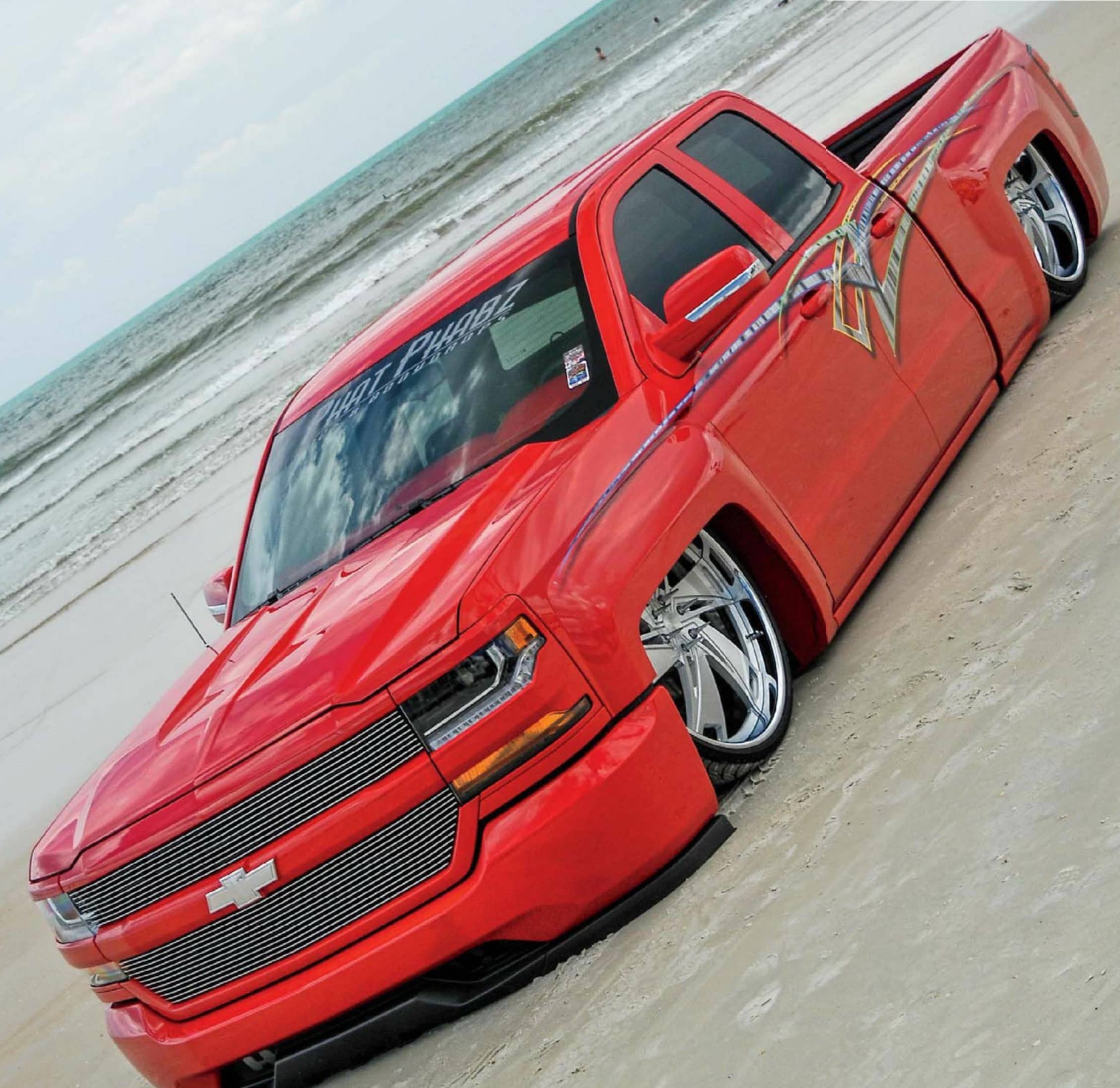 Most people make about four to five vehicle trade-ins in their lifetime, but Rickey May of Jacksonville, Florida, had his fourth trade within a year. “I just couldn’t find something I knew I would be happy with,” Rickey tells Truckin, “I actually went through fifteen different trade-ins in a two-year period.

Originally finding the culture intriguing by way of the lowrider world, Rickey ventured into the truck scene in 1997. Nineteen years later and fifteen trucks later, Rickey settled on the last trade he plans on when he walked into a Chevrolet dealership in Daytona Beach, Florida. In admiration of Chevy’s new design of the 2016 model, he traded his 2015 Ford F-150 for a 2016 Chevy Silverado. He knew immediately when he started looking around at other new Silverados that there would be more potential for this make and model. One of the more famous builds he followed was Vanilla Ice—a ’15 owned by Sean Randall and built by Jake McKiddie at Phat Phabz. Rickey knew what he had to do next to make his truck unique and stand out in a sea of Chevy’s. 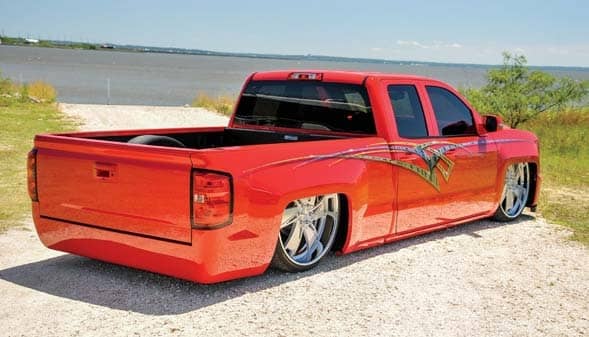