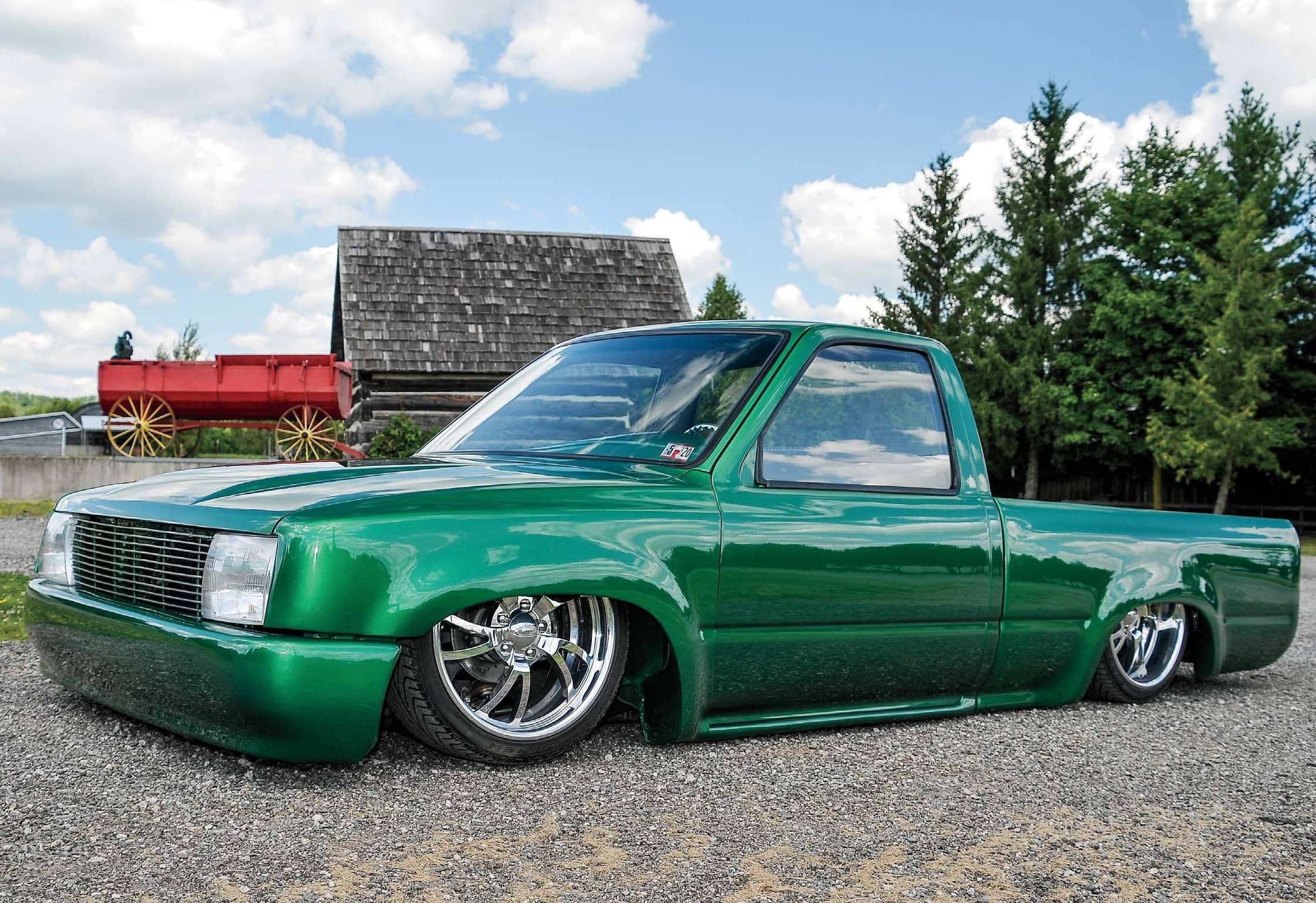 NO GROUCH, NO SLOUCH

One of the main characters on the TV program Sesame Street was a trash-loving green puppet named Oscar the Grouch. Fun fact, the first season he appeared in was 1969 and Oscar was actually an orange color. In the second season, he was changed to green. This color was explained when he visited a location known as Swamp Mushy Muddy. For decades, Oscar has been a household name and oftentimes when people refer to a green color, they reference Oscar. The link to this story is much more than a color as Jon Snyder, the owner, is also a garbage man. 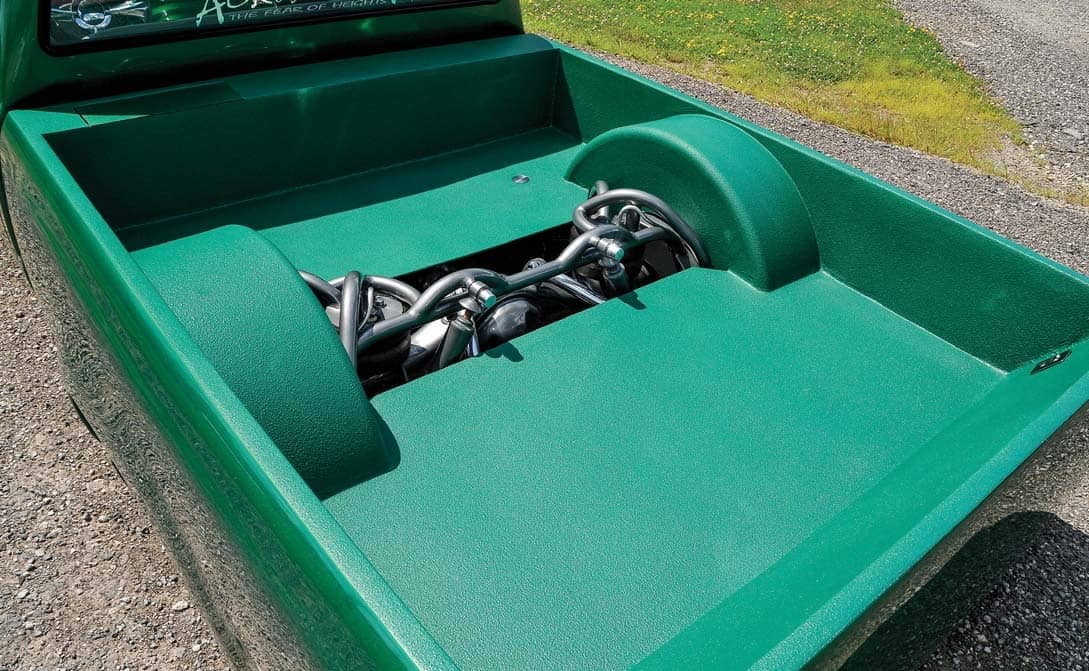 Jon began as a minitrucker and they say, “Once a minitrucker, always a minitrucker.” “I had this badass Chevy S10 that was bodied and ’bagged,” Jon tells Truckin, “I guess I just lost interest and wanted something new.” Jon traded his mini for a ’58 Chevy Wagon, but that only lasted a few years as he started yearning for not only a truck but the lifestyle of the minitrucker. He put out some feelers online looking for an even trade for his Chevy to a minitruck and got only one hit. That minitruck was a 1989 Toyota pickup and since it was the only interest, he pulled the trigger and made the trade.