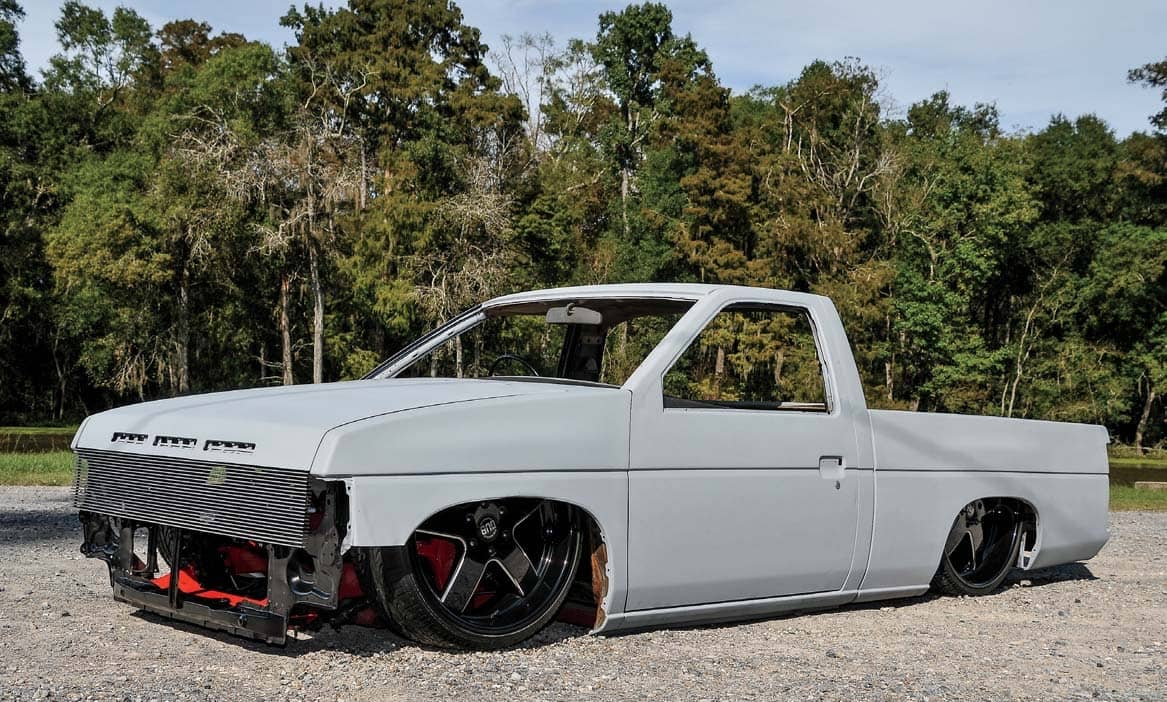 “HARDBODY” refers to the Nissan truck’s double-wall bed and overall styling of the ’86-and-later models. Brent Kelly’s father, Dennis, was infatuated with the Nissan Hardbody in his younger years. And even though Brent was separated from his father at an early age, Brent began to incorporate his father’s passion for the Hardbody design. In 2014, Dennis was diagnosed with cancer. The next few years, Brent spent time getting closer to his father. “We talked about building a truck together while he was in the hospital,” Brent tells Truckin, “We were going to make it a father-and-son project.” Unfortunately, that time never came. In the summer of 2017, Dennis passed away. Brent decided to make a tribute to his father to memorialize his life and passions.