PHIL GORDON
In some cases, a tragedy brings out the very best and most creative sides of us. For Robert Sharp of Live Oak, Texas, a tragedy catapulted his need for a custom truck. It started as a young child when he and his older brother, Brent, grew up helping their father, Brent Sr., build and repair v vehicles. As the Sharp brothers got older, Brent got his first truck and Robert was next to follow. Robert’s purchase was a classic Chevy C10 that was purchased with the anticipation of all three Sharp men customizing it. 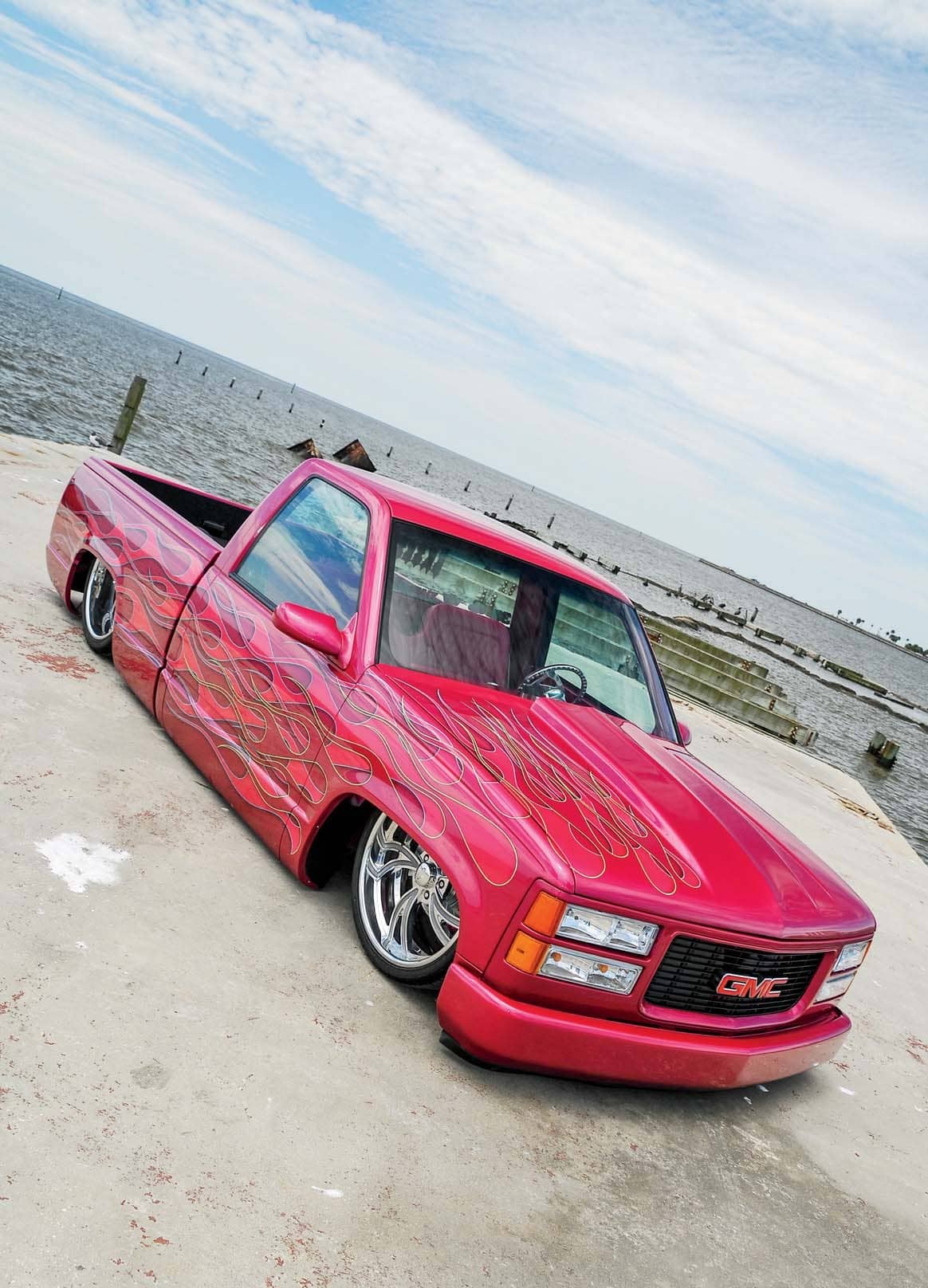 Unfortunately, Robert’s father was diagnosed with lung cancer and passed away shortly after. Brent decided to take on the build and bring Robert’s Chevy to new heights. Some years later, Robert decided to sell the classic for something newer and more reliable. His close friend Steven had just recently lost his father as well and was selling his father’s stock 1994 GMC 1500 truck. Robert knew that it would help with the family’s finances as well as fulfilling the need for a newer truck. 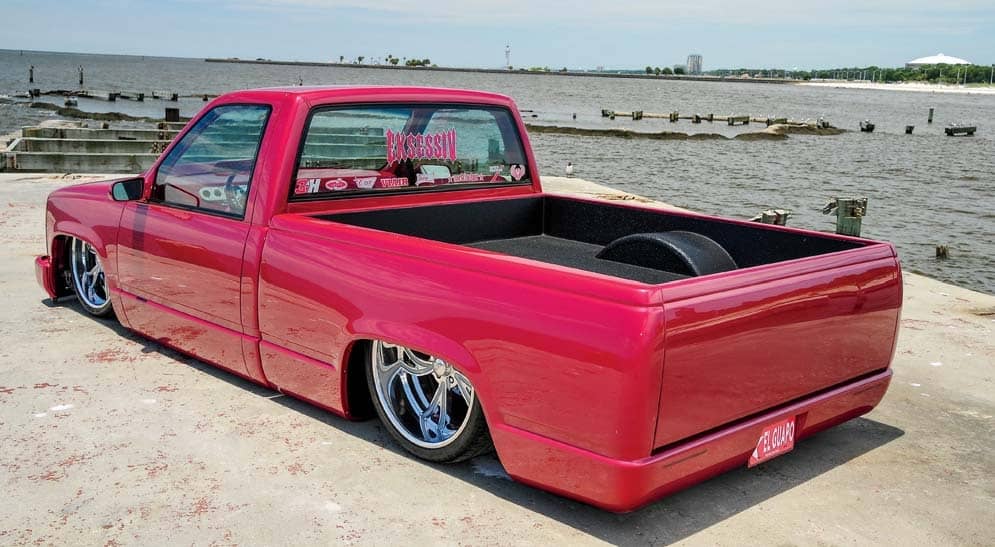 After the purchase, Robert brought the GMC home and as he puts it, “It’s the only time the truck rolled stock.” Robert and Brent decided to convert the stock truck to something different. Robert purchased an Ekstensive front and rear airbag kit and the Sharp brothers ’bagged the GMC in the garage almost immediately. After the suspension, it was time to get to the heavy work as friend Johnny Delgado as well as the Sharp brothers tore the truck apart and shaved it smooth.