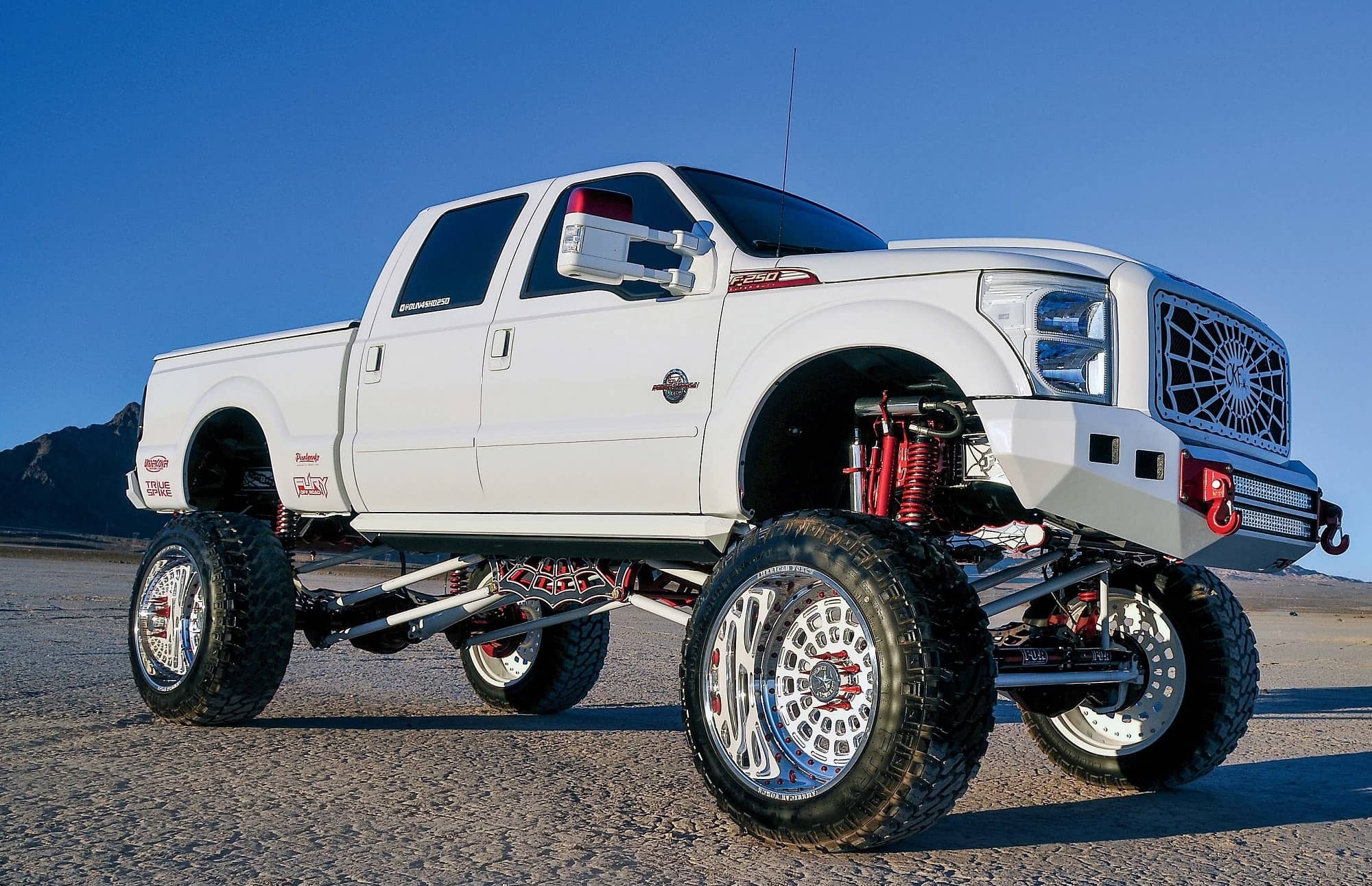 Proud to Call It a First Build

PHIL GORDON
Most people that build a truck of this high caliber have had past experiences with custom trucks and companies prior to their build. Gary Brewer and his wife, Molly, own a daycare business in Zephyrhills, Florida, just outside of Orlando and have never completed a truck build anything like this. Originally, Gary grew up in New Jersey and his parents divorced when he was six years old. As a mechanic, his father worked long hours and Gary constantly tried to impress him with schoolwork and eventually his car knowledge. 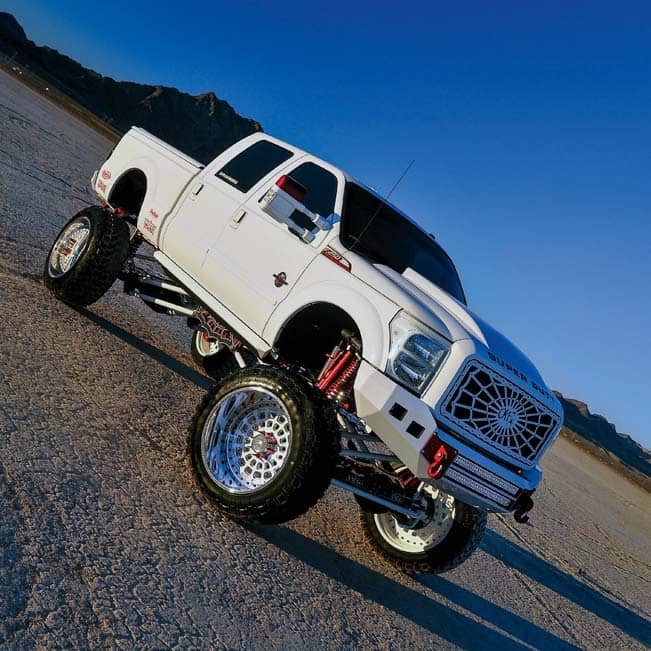 Along with his family, Gary made the move to Central Florida, and it wasn’t long before he started searching for something to get attention on the Florida streets. In 2011, he met and fell in love with Molly and got married two years later. “Molly embraced my interest in getting something that would turn heads,” Gary tells Truckin, “I’m not sure she knew I would take it this far.” In 2016, he walked into a Ford dealership and purchased a brand-new Ford F-250 diesel truck.

It started modestly because Gary had no experience with this culture. An 8-inch lift was added and then it was upgraded to a 10-inch lift before again being upgraded to a 14-inch lift. He just couldn’t get happy with his new truck. He brought his Ford to a truck show in Daytona Beach where he thought his truck would be the talk of the show and was blown away by all the custom builds. “My truck actually looked tiny compared to all these other lifted trucks,” Gary adds, “I noticed all these trucks had one similar connection and that was who built them.” The company that seemed to handle the impressive builds in Florida was Plan B Fab in Orlando. 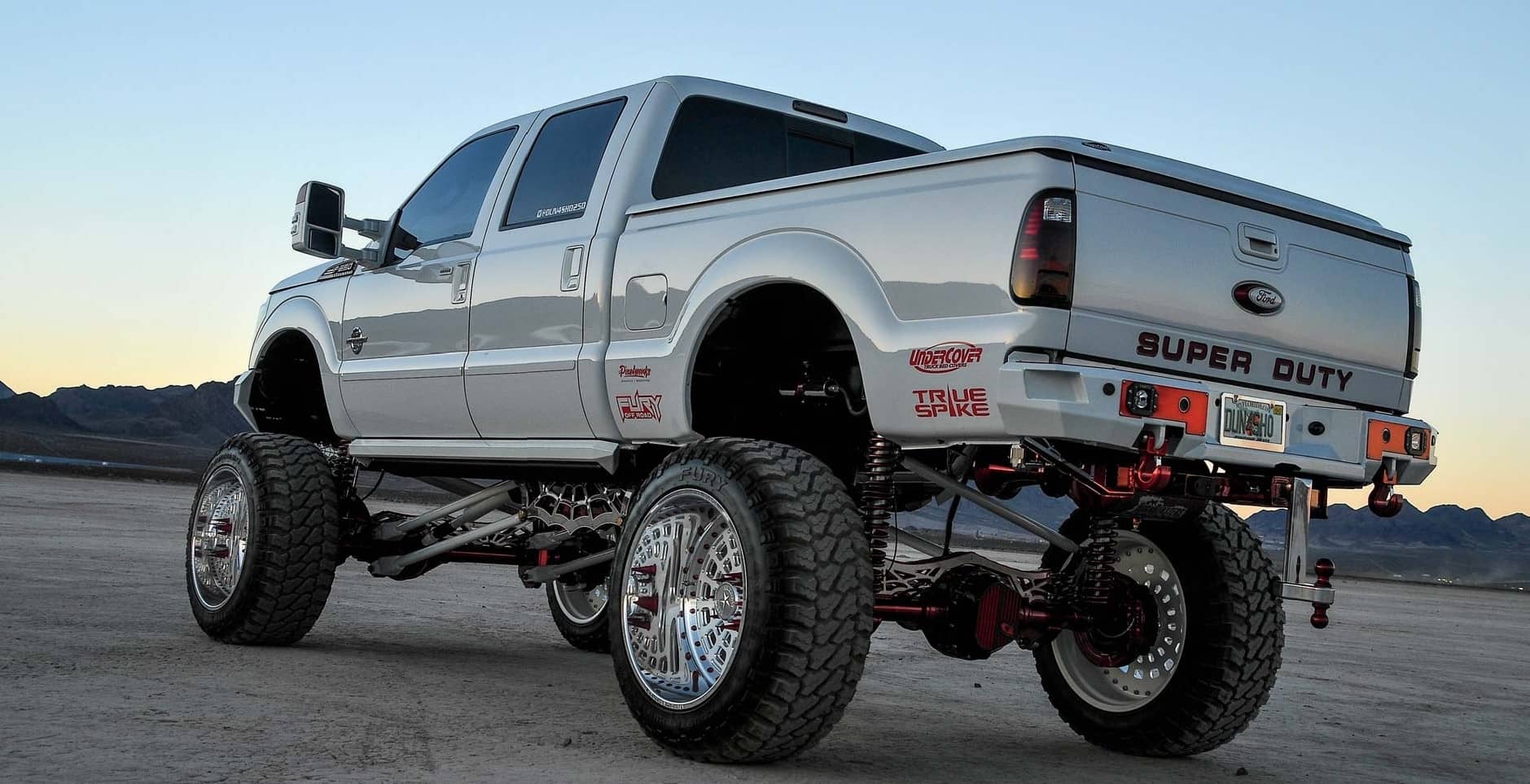