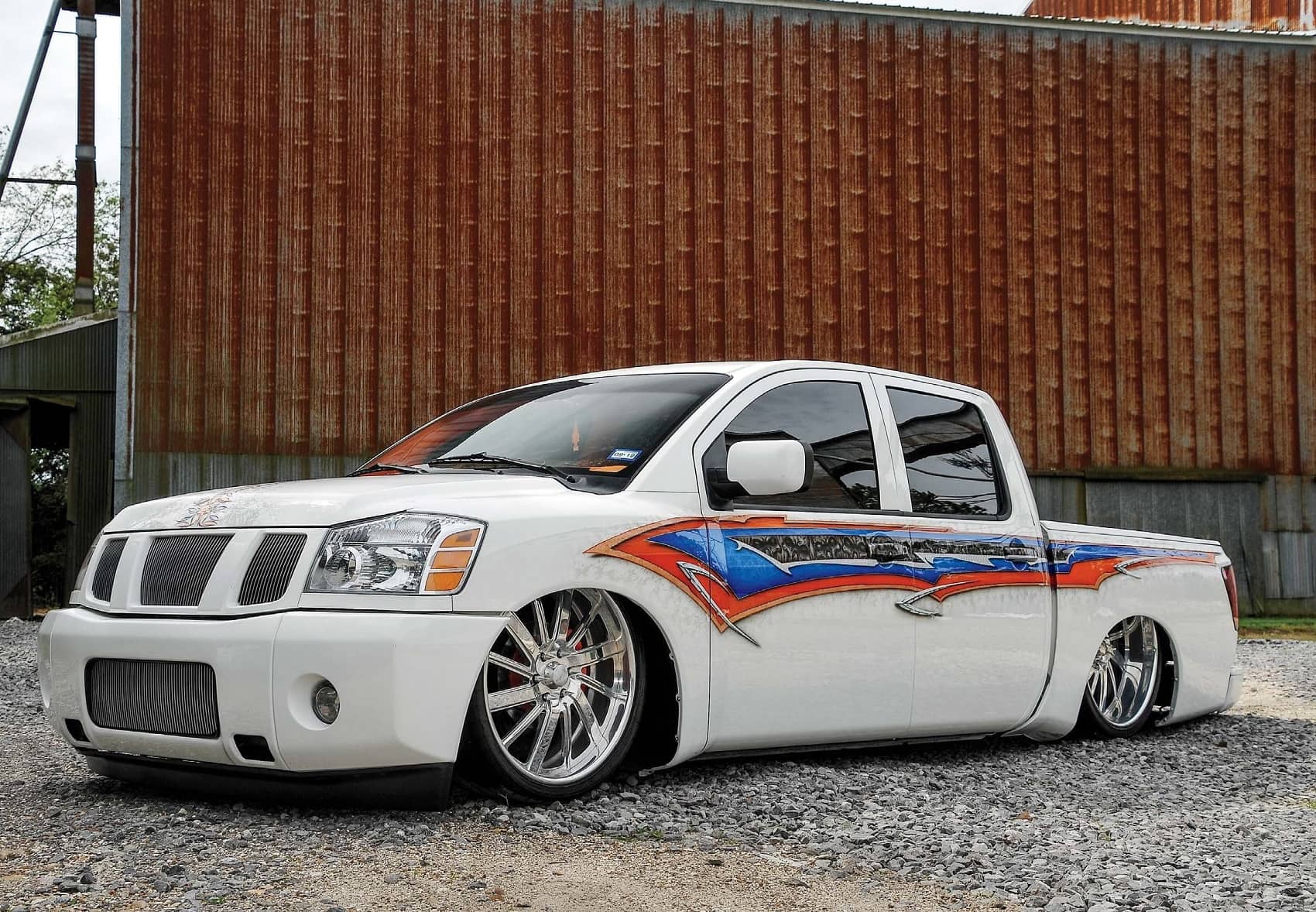 A Rainbow in a Snowstorm

PHIL GORDON
By definition, a blizzard is a severe snowstorm lasting for a prolonged period of time. The core difference between a snowstorm and a blizzard is the strength of wind. Ricardo Olvera likens his 2006 Nissan Titan to a blizzard in that it comes quickly and has the ability to cause damage in the wake of it passing. Ricardo entered the truck scene in a 2005 Chevy Colorado and quickly lowered it to get it show ready. During his first big show, Ricardo realized that there was nothing but Ford’s and Chevy’s at every corner. Ricardo had bigger dreams of something different. 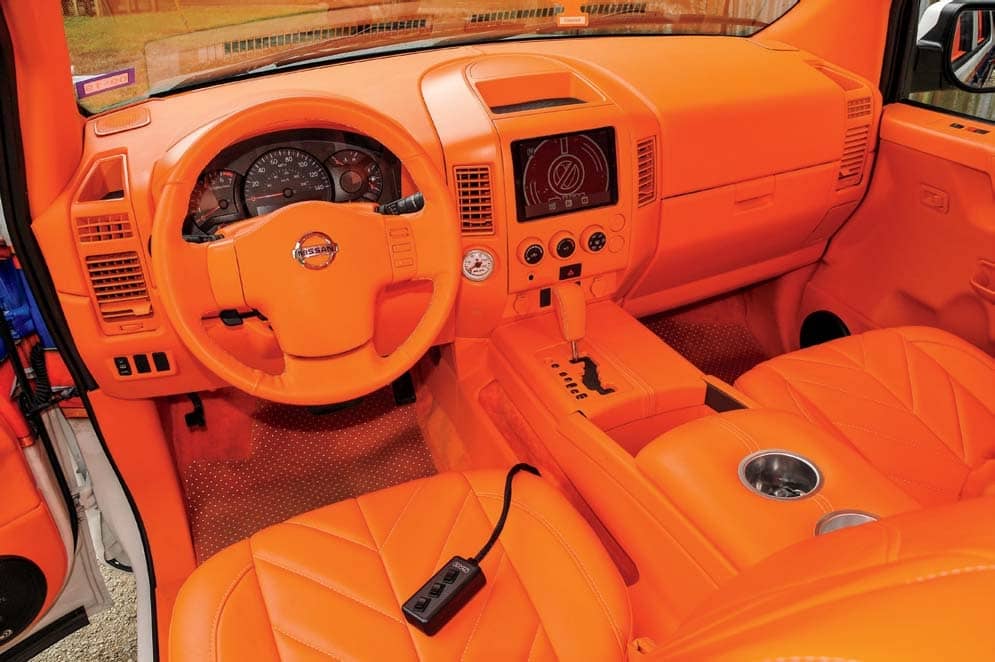 After trading his truck in the following year, he rolled out of the dealership with a brand-new 2006 Nissan Titan and the challenge began. As a Nissan, there were fewer standard options available than the more popular Chevy trucks, so Ricardo had to work in sections. “The very first thing I did was performance,” Ricardo tells Truckin, “I added a Flowmaster exhaust and a cold-air intake.” The next step was lowering the fullsize F-Alpha platform by way of a Belltech lowering kit. As most truck enthusiasts are aware, lowering never gets the job done, so Ricardo enlisted his good friend Roger Jimenez to lay the Nissan to the ground. Roger had actually never officially ’bagged a truck, so Ricardo had his doubts. 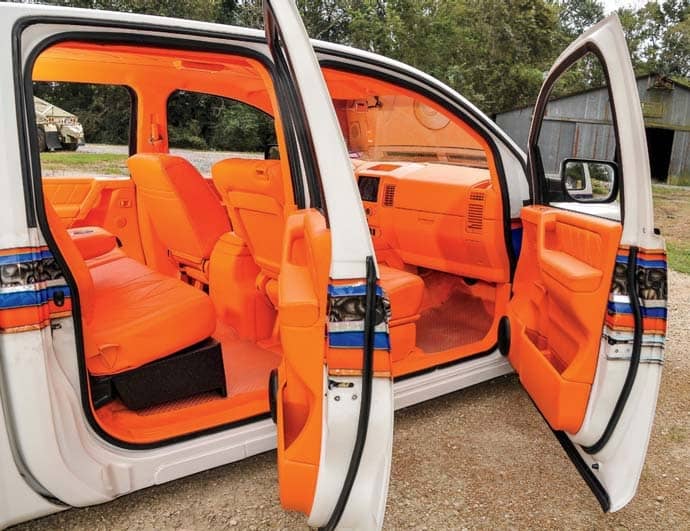