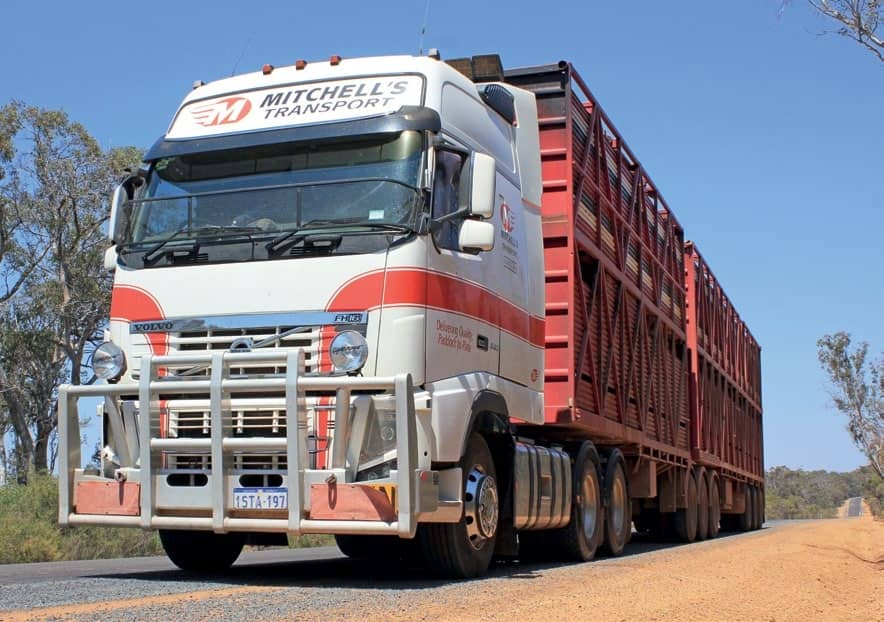 Life isn’t all bad for Paul, now at the wheel of a Volvo FH instead of a Kenworth – despite some cantankerous old cows and being A$550 and eight penalty points (it was Boxing Day!) down for not wearing a seatbelt

As the cattle season in the north has finished for the season, I’m currently down in the south of Western Australia doing a brief stint with a different outfit at its busiest time of year.

Mitchells Livestock Transport, based one hour south of Perth, runs a fleet of 25 trucks that are divided equally between Kenworth and Volvo.

Although I’m still moving cattle, the workload is vastly different compared to what I have been used to Down Under. There’s still plenty of cattle down here but things are more concentrated. This means much smaller properties, which in turn requires a variety of different trailer combinations. Some places will accommodate a B-double, some will take only a single trailer, some are even too small for a bonneted truck!

The biggest difference down south is that all loading and unloading is done from the rear, resulting in a lot more reversing.

As well as calling at farms, we also visit feedlots and marts. More pens are thus required within the trailer, owing to the need for different lines of cattle to be kept separate. Unlike the wilder cattle up north, down here it is mainly European breeds such as Aberdeen Angus, which are much quieter beasts and won’t attack you in the trailer.