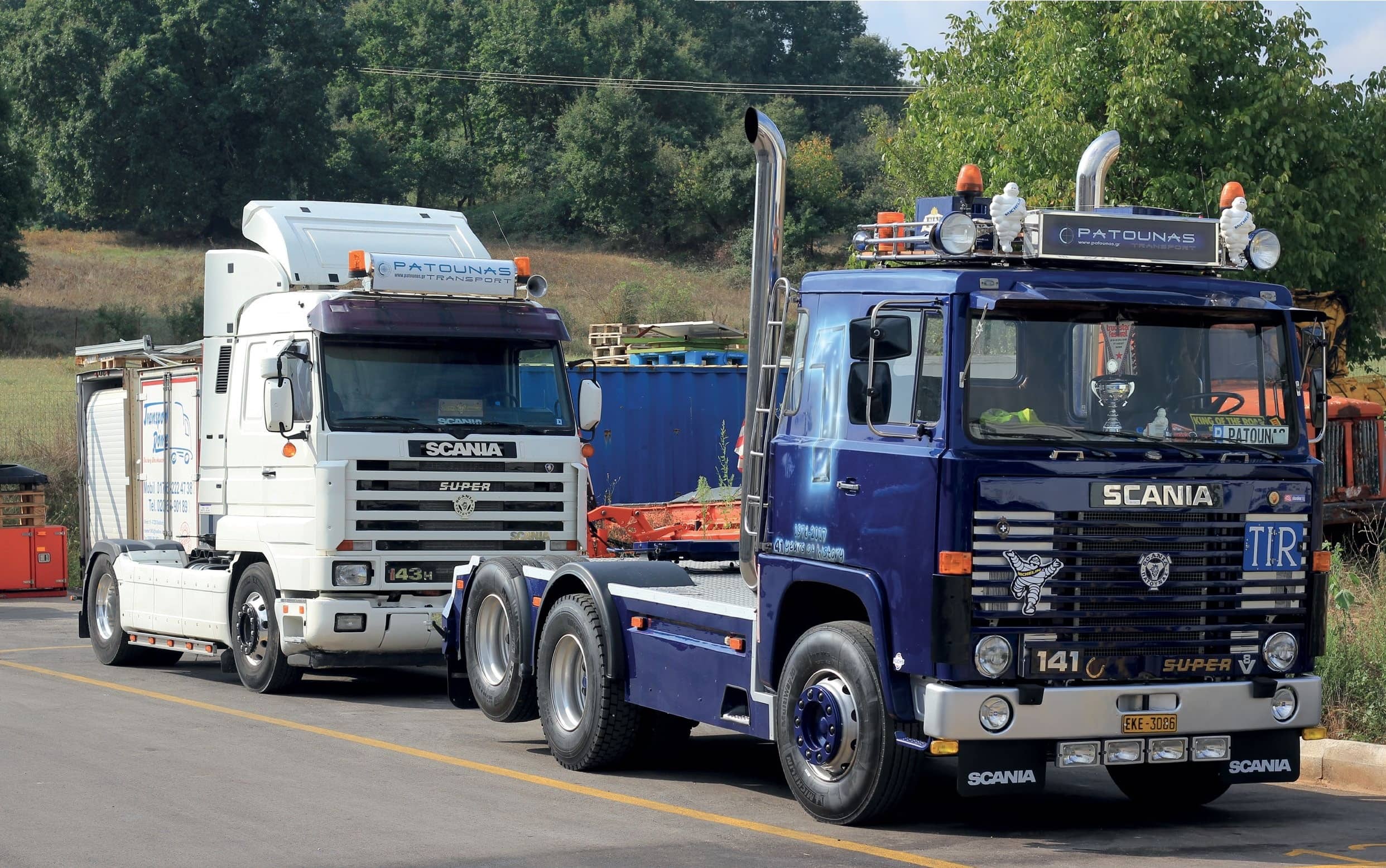 Among the thousands of trucks on show at the 2018 Truckstar Festival in the Netherlands, one in particular stood out.

The crowd that had gathered around it were undeterred by the black smoke belching from its almost ground level side exhaust pipe. The driver of the truck, a Scania 141, was bringing a smile to the faces of his audience as he revved the snarling V8 engine, which could emit smoke from either the vertical stacks or the side pipe at the flick of a switch.

What made the 141 all the more interesting was that it bore Greek registration plates, the only truck from Greece at the show – and the fact that someone would drive a 42-year-old Scania 2500km from southern Europe to attend a truck show near the North Sea shows a level of passion to be admired.

We decided to pay what turned out to be a memorable visit to Patounas Transport to see the Scania’s owner. On entering the pristine yard in the town of Ioannina in northern Greece, overlooking Lake Pamvotis, I am greeted by Tasos Polychroniadis, the resident panelbeater and handyman about the yard.

“Akis will arrive shortly,” he tells me. Ten minutes later, Akis duly arrives in none other than the venerable 141. Jumping down from the cab, beaming from ear to ear, he gives me a firm welcoming handshake.

Theodoros Patounas (known to his friends as Akis), 42 years old, has been around trucks all of his life. Scania trucks to be precise. Both his father and his uncle were owner-drivers who started out with Scania-Vabis 56 models (built between 1962 and 1968), hauling everything and anything around the mountainous region of northern Greece.

In 1976, Paul Patounas, father of Theodoros, bought a brand-new Scania 141 6x2 lifting tag-axle rigid, complete with a drag trailer. For the next 16 years he operated the truck within Greece, venturing further and further from Ioannina as the years progressed.

It was this truck that made a lasting impression on his son, as it evolved from its original red paint scheme, to a blue spray job and finally back to red when it was sold in 1992.

By the mid 1990s, Theodoros had big plans in mind and began prising the reins of the business from his father. Beginning with a Scania 142, he gradually added further V8 models to the fleet, including the now legendary Scania 143, to bring it to where it stands today; 16 trucks in total, all Scania apart from one Volvo FH 480 rigid. The second rigid in the fleet is a Scania 164L 480 Topline. Everything else is a tractor unit, including many models from the Scania V8 range – 164L 580, R500, R560, R580, R620 and an R730. As of yet there are no Next Generation models in the fleet.

“Business has been slow in Greece, with problems in the economy since the crash in 2008. I can’t justify spending on the new S models just yet. But I think things are beginning to change for the better,” proclaims the boss from his office chair, which is actually a genuine Scania truck seat.