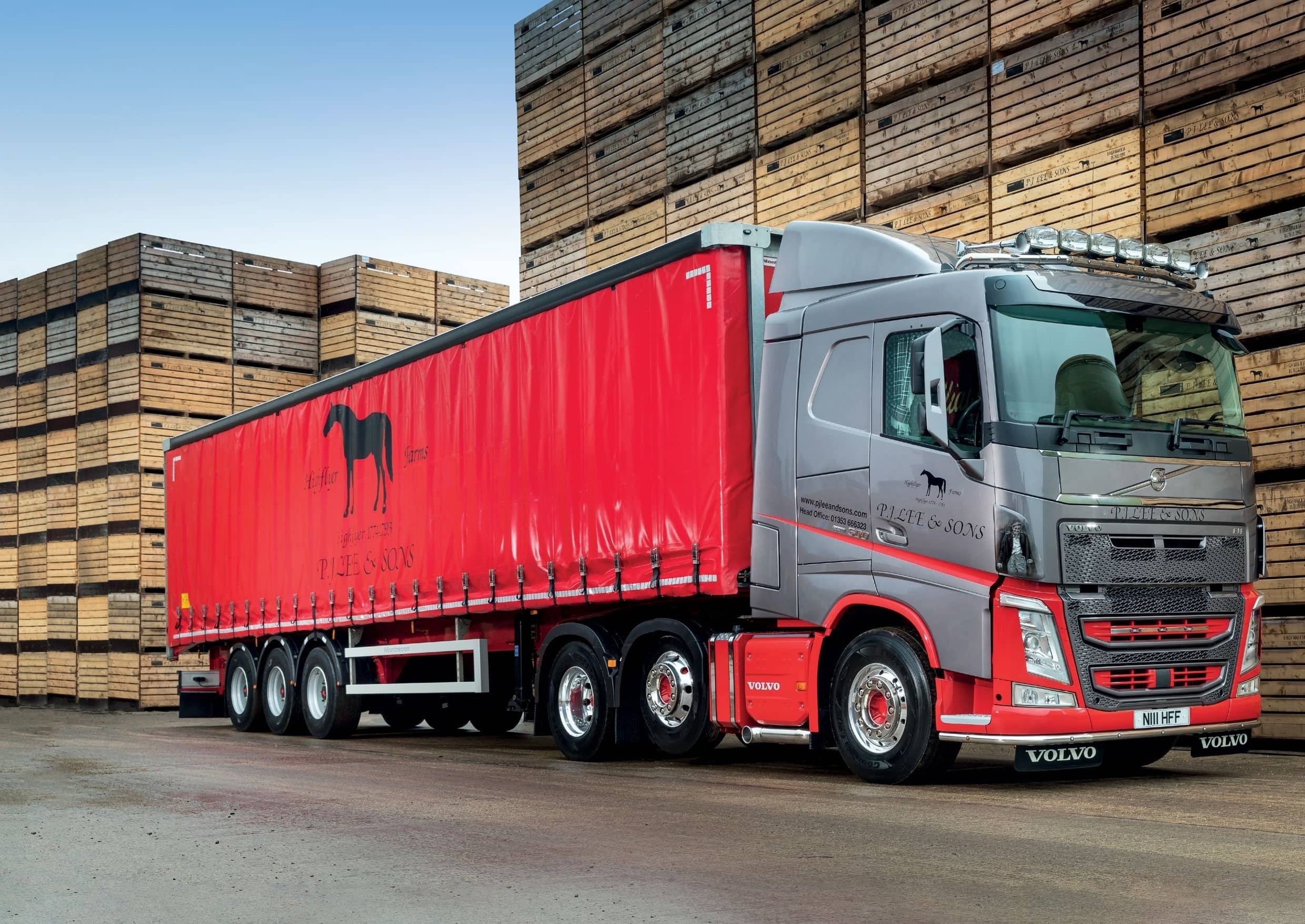 This 2016 Volvo FH500 spends much of its life running in and out of fields, covered in mud. Which makes the immaculate condition of it all the more astonishing. Chris Sallis, take a bow

Dougie Rankine
Some trucks just stand out from a mile off. At Truckfest Scotland last year, this two-tone Volvo FH made an impact the moment we set eyes on it. Its driver, Chris Sallis, was somewhere beneath it, cleaning the chassis. The truck was, to put it simply, stunning – but we were just as amazed by the array of photographs displayed at Ingliston, showing the truck in the most filthy environments imaginable. Covered in mud, in the middle of fields or farmyards, it was hard to believe it could possibly be the same truck. Not only that, we discovered from Chris that it’s three years old!

Chris drives the truck for P J Lee, a Cambridgeshirebased agricultural contractor and farmer. The Volvo is one of a pair used on bulk tipper and curtainsider duties, while a spare Scania takes up the slack at busy times. The work really doesn’t spare a truck at all, with Chris currently running on the sugar beet beat – a job that many hauliers buy in old trucks for, just for that single task.

“My grandad Cyril was a lorry driver and so is my dad, John – I guess my career path was laid out for me right from the start,” smiles Chris. His dad still drives today, his current truck being a next-gen Scania. Chris can clearly remember the time he first went out in a truck, a Scania 112 P-cab, with his father.

School holidays were all taken up in the cab and as soon as Chris was 21 he went for his HGV licences. He was able to get a job at local haulier D&R Hankins straight away thanks to a family connection.

“It was a great way to start out. I spent three days in the cab with an experienced driver then ran alongside him in my own truck. After that I was allowed to go out on my own. So many new drivers don’t get anything like that,” says Chris.

The work was bulk tippers, and that’s what he’s stuck to ever since, cutting his teeth on aggregates, wheat and top soil. His first truck was a flat-roof Daf 85CF in May 2002, followed by a new CF Space Cab 430. 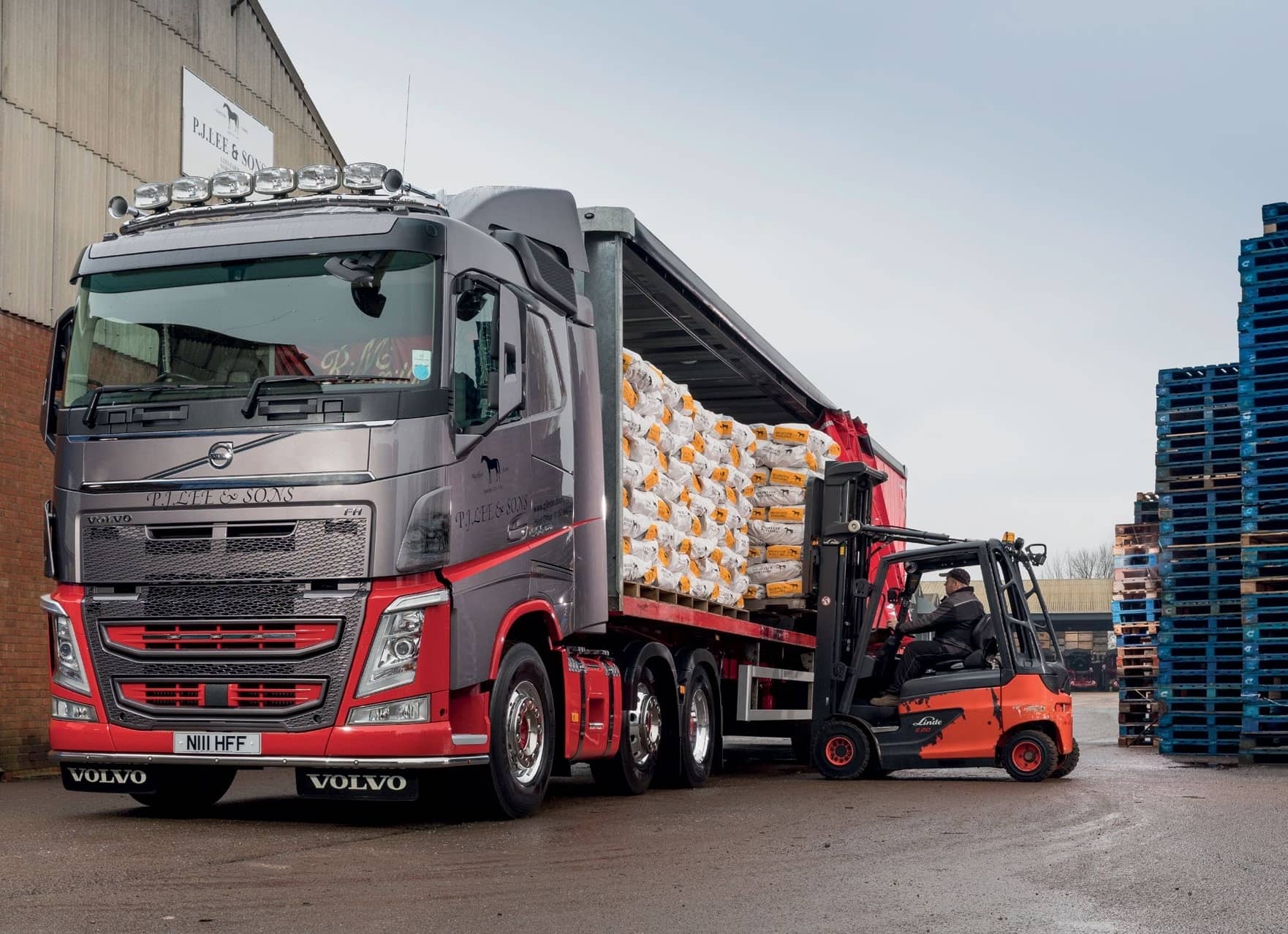 Has Chris always been so devoted to cleaning trucks?

“Oh yeah, every truck I’ve had I’ve kept it clean. My dad bred that into me; cleaning and polishing no matter the weather!” he says. “In all my years of driving I don’t think I’ve ever left the yard with a dirty lorry.”

Trophy hunter During the subsequent few years he drove 95XF 430 Dafs for G J Chilvers – “both the 430 Dafs I had drove really well; I think they were better than those that came after” – then Andrew Hankins started his own company and Chris joined him there. He had a Scania 124 420, “that one pulled so well”, followed by a R470 Highline, winning his first trophy with the latter at Truckfest, coming second in the Company Owned Truck category.