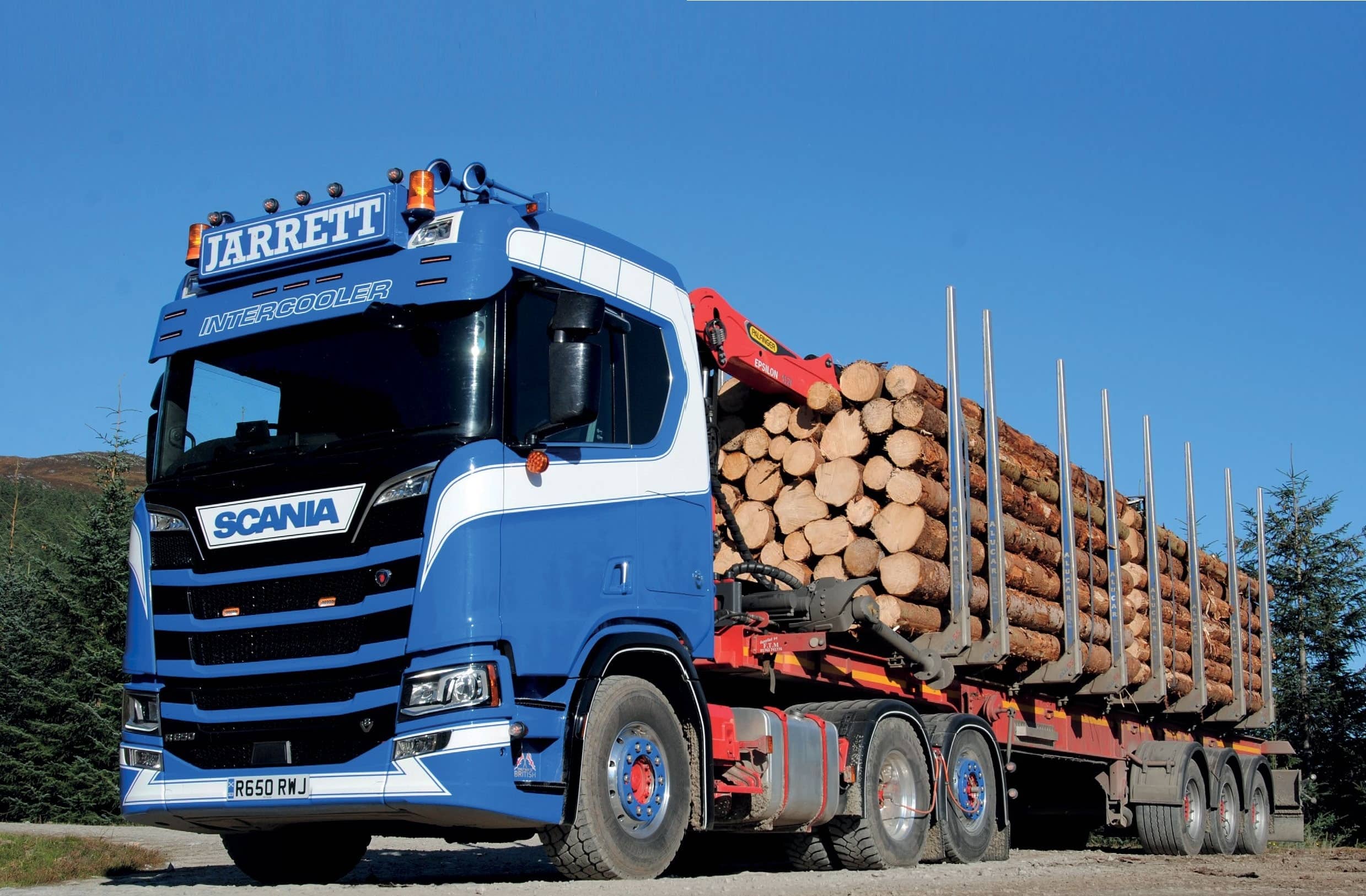 Round-timber-hauling owner-driver Ross Jarrett, aged 22, has invested £250,000-plus in the shape of an R650 Scania and Dennison trailer. We log him at work in the Highlands

Ian Lawson
When I meet Ross Jarrett in Dingwall, he had already delivered a load of logs to Mosstodloch in the Highlands before reloading a load of pulp wood at Glen Fiddich, just north of Dufftown, for Norboard’s board factory near Inverness. It’s now late morning on a beautiful September day, the 22-year-old owner-driver having started at 4am.

Ross is no stranger to these pages; he was featured in March 2016 T&D while working for Steven Barclay of Seafield Park Transport, having gained, aged 18, his LGV Class 1 under the Young Driver Scheme.

Although he acknowledges what Steven did and is thankful for the opportunity he was given, he then moved to James Jones & Sons, followed by a short period with B Cormack & Son before returning to operator James Jones in early 2018.

His ambition, however, was to run his own truck and he successfully became a full-time subbie for James Jones in July 2018. He had the option of buying a suitable tractor unit, kitting it out for round-timber haulage with an appropriate pump and hydraulic oil tank, a central tyre inflation system and acquiring a trailer.

Direct route All this would have taken some time, however, so he chose a more direct route and headed to Wales, where he bought a 65-reg Scania R520 Highline Streamline 6x2 tag-axle unit complete with a round-timber crane trailer that had run with the unit from new with well-known Welsh timber haulier Kieron M Owen.

He drove it home on the Saturday and was ready to start work the following Monday.

Kieron let him rent the trailer for the first couple of months and then pay for it once the allimportant cash flow became regular, a gesture much appreciated by Ross. It has to be said that not many sellers would have given such flexibility to a new-start purchaser.

The R520, which had covered 240,000km at the time of purchase, served Ross well as in its 13 months and 125,000km with him the only failure was a burst radiator. Ross occasionally found it difficult to get full weight on the 39ft trailer so in October 2018 he placed an order for a 45ft Dennison trailer complete with cab-mounted crane and, via Scania in Aberdeen, a new R650 6x2 tag-axle unit with manual ’box.

His principal aim was to have the new unit on the Scania stand at the local Black Isle Show at Muir of Ord on 1 August 2019.