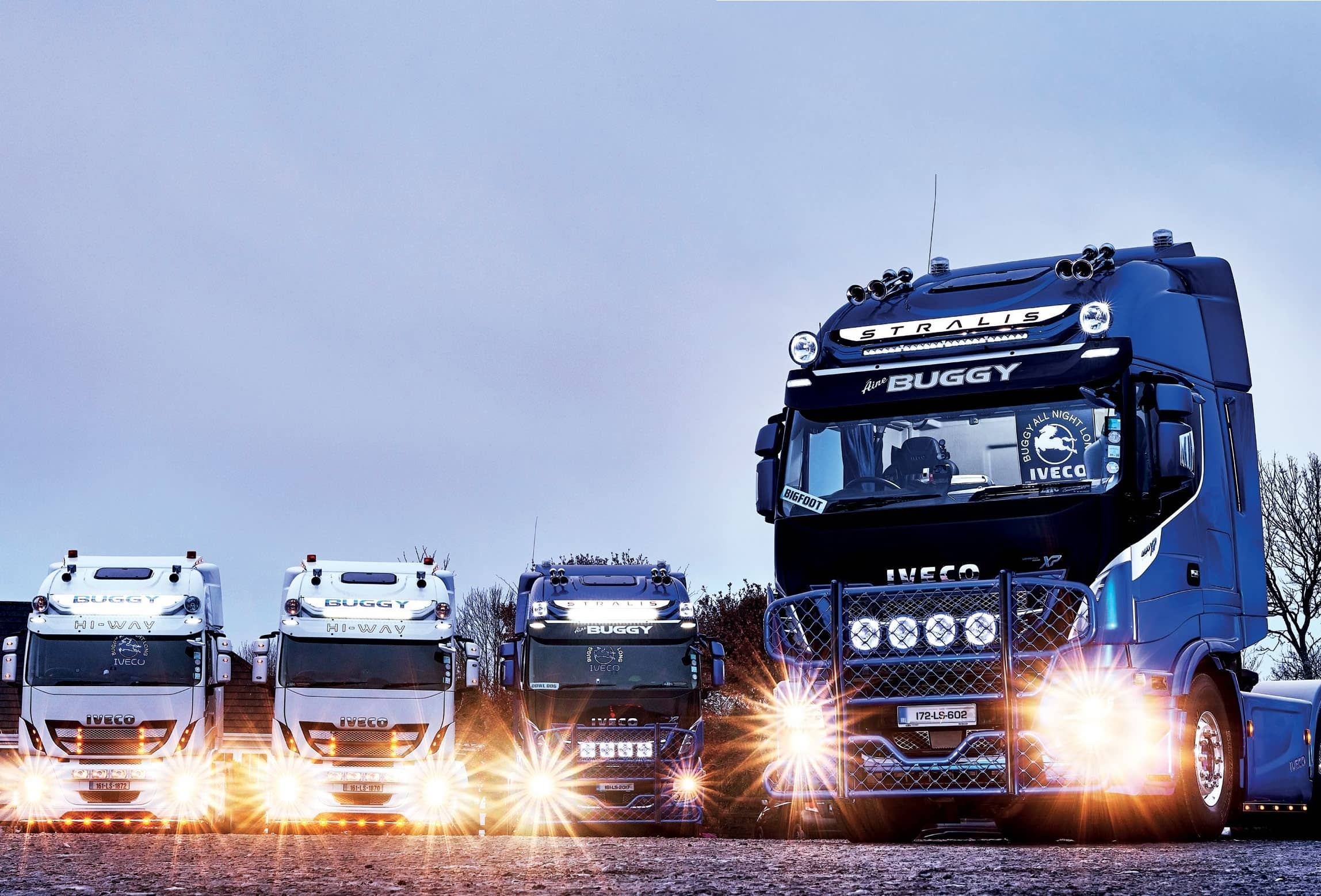 The Stralis is mainly known in the UK for being a plain white fleet truck. Iveco’s 2013 relaunch brought in many improvements, and the introduction of the XP range in 2017 stirred up a murmur of interest, but the Stralis has never gained the popularity Iveco hoped it would. It has powerful engines and the superb TraXon gearbox but it has just never been able to achieve any traction as an enthusiast’s or a driver’s truck.

To put it bluntly, the Stralis has an image problem, but look beyond the perceived reputation and there’s a highly competent truck. In Ireland, the perception is rather different – and that is almost completely down to the efforts of Conor Jennings of Longhaul Commercials.

We visited Conor at his Tullamore, County Offaly HQ late last year to find out about his work with Ivecos, his amazing classic fleet and to meet some of his customers. You’ll be seeing some astonishing Ivecos in T&D over the coming months.

One of Conor’s customers is Brian Buggy, who owns the two stunning blue Stralis models pictured here. We first saw these trucks at Full of the Pipe 2019 on the Longhaul stand; the mid-lift was almost completed, while the tag was still plain white.

As an Iveco dealer, Conor knows this. And as an enthusiast – someone who freely admits to being “truck daft” – he spotted an opportunity to do something about it. To give the Italian manufacturer’s trucks some style and sparkle and to give his customers trucks to get excited about. Trucks they want to buy.

Conor imports a lot of standard-spec Stralis models into Ireland and then gives them the Longhaul special treatment. The trucks are smartened up to make them more attractive for sale, or they can be customised to the bespoke specification of customers. Some go out with just light-bars added, others get more in-depth treatment. It’s this personal approach that has seen some of the smartest Stralises (yes, let’s make that the plural) yet to hit the road. Standard-spec is out, Longhaul-spec in.

In 2019 Conor decided to take the company’s Iveco customising efforts to a new level by launching a special edition called the Forza Azzurri, along with an Abarth (Fiat’s performance division) model. It’s hard to believe but the trucks you see here began life as pure standard fleet-spec vehicles.