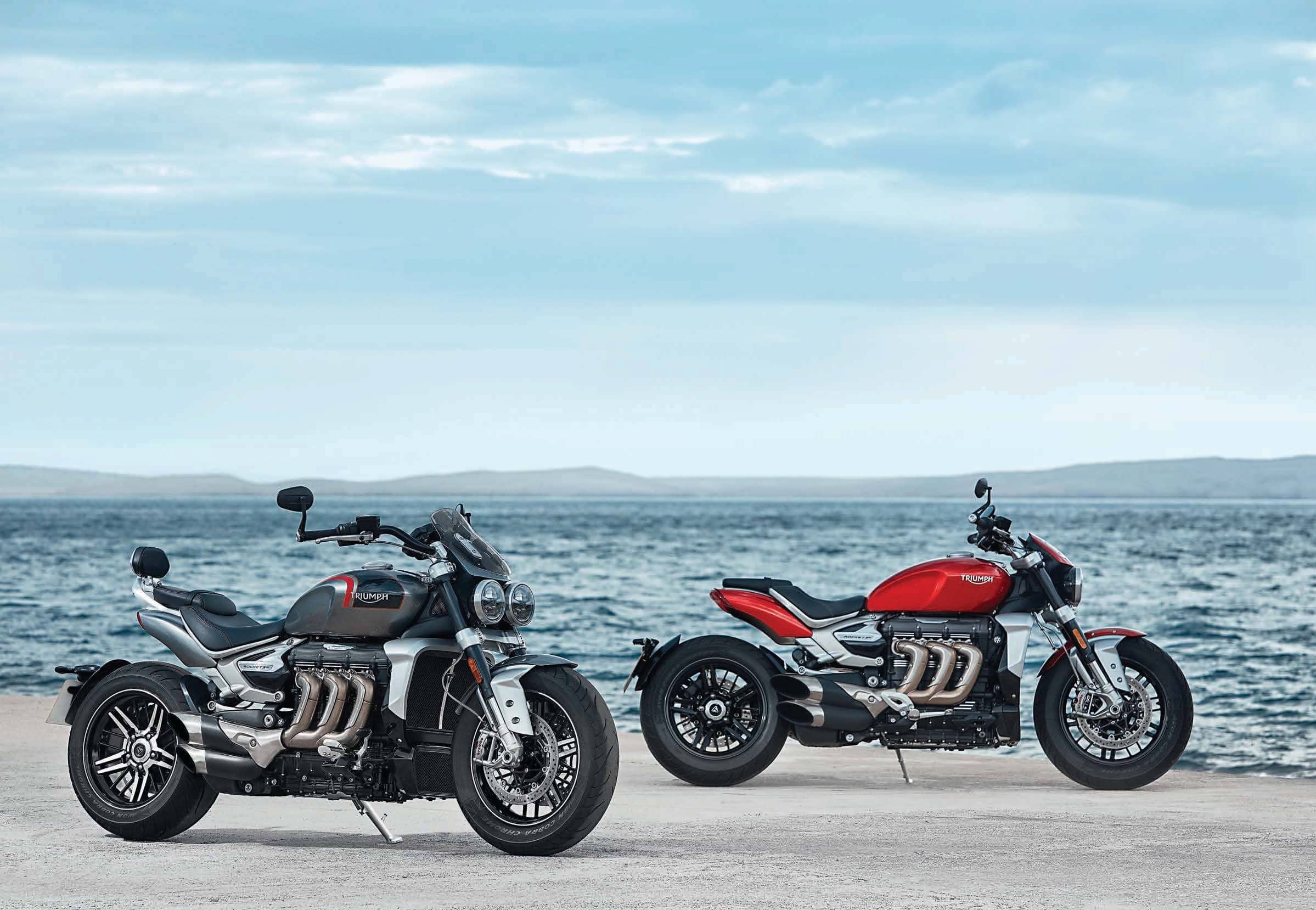 Triumph released its first version of the Rocket Three in 2004. The company had its sights on the ‘cruiser’ market, strongest in America, where riders cover long distances on heavyweight machines with big engines. Virtually two-wheeled cars, such machines are built for Interstate comfort, with a full complement of modern conveniences.

Seeing a market populated by Honda’s flat-six Gold Wing, HarleyDavidson V-twins and Japanese V-twins that struggled to sell against the favoured American product, Triumph needed to be different. So while its cruiser would have a three-cylinder DOHC engine like most Hinckley models at the time, in the Rocket it would be set with its crankshaft in-line with the wheels and final drive would be by a clean, low-maintenance propshaft rather than chain. And, aimed at the land where they say ‘there ain’t no substitute for cubes’ the Rocket Three had the largest engine capacity of any motorcycle in quantity production at a stonking 2.3-litres (2294cc), or 140 cubic inches in US terminology.

The Rocket model name, arrived at following market research, echoed that of the three-cylinder 750cc Rocket 3 launched by BSA in 1968 and made until 1972. That was essentially a variant of the 750cc Trident triple developed by Triumph, who were at the time owned by BSA.

Triumph’s 20th century ‘two-wheeled car’ established itself in worldwide markets, not only in the cruiser sector but also as a muscle bike, a machine prized by its owners and perhaps onlookers for its sheer potency and imposing presence. With a long wheelbase of 1695mm (66.7in), it packed an awesome 200Nm of torque at a sedate 2500rpm.

MORE STORIES FROM TRIUMPH WORLDView All