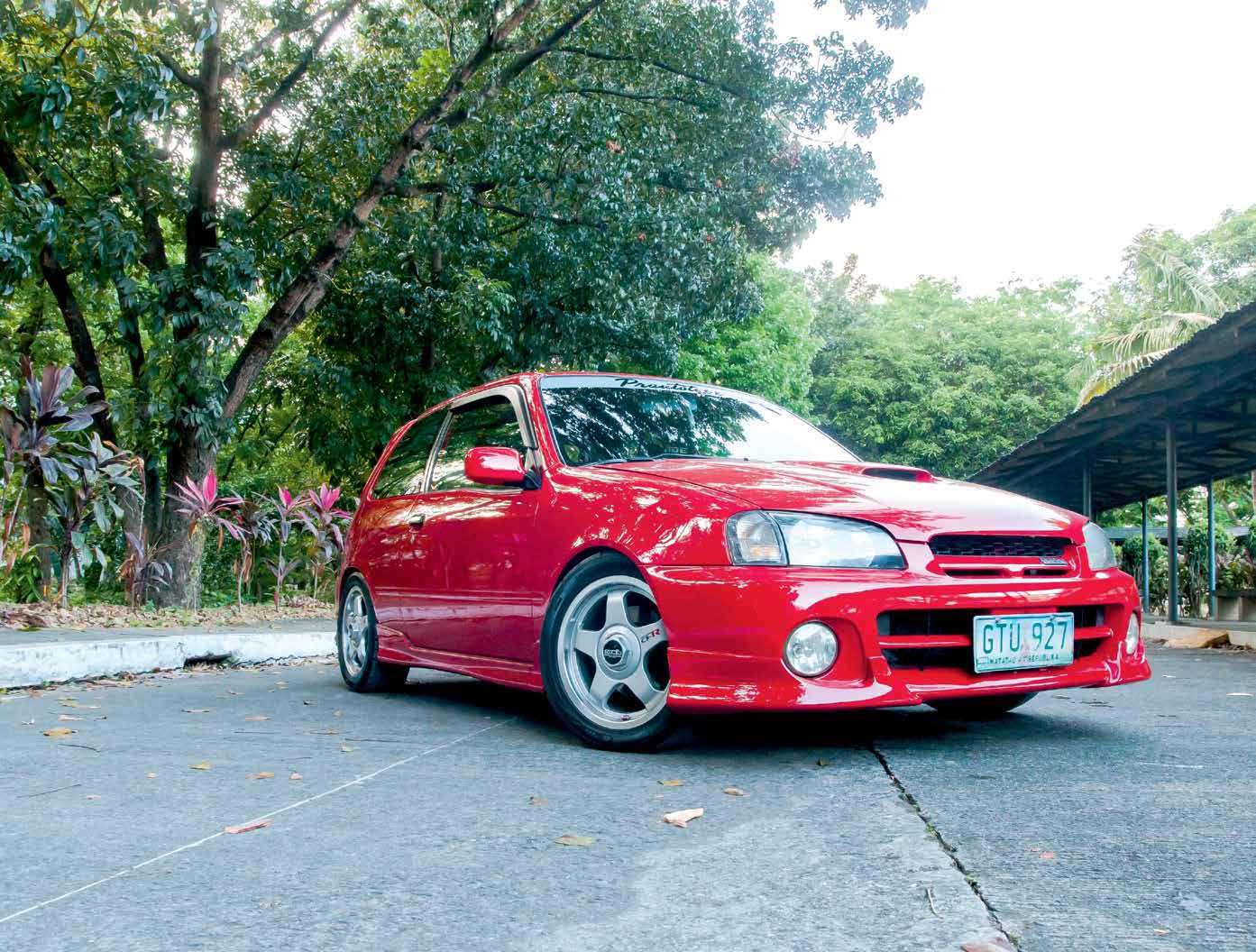 The 1998 EP91 Toyota Starlet is a bit of a unicorn. Unreleased here in the Philippines, it’s very unique, and ownership of one automatically puts you in an exclusive circle of offbeat Toyota fans. This face lifted version was the last to carry the Starlet badge, right before the Yaris became Toyota’s small-car offering.

The red unit you see here is owned by Marco Palinar, one of the organizers of the now-popular “Legends of the ’90s” meets. It started life as an autocross car in Mindanao, already converted to left-hand-drive. Marco acquired it in 2013 sans engine and transmission. Though not built specifically as a show car, this Glanza V features such a meticulous build standard that it might as well be one. It’s definitely a show-and-go car, and as custom rides go, it’s insanely clean. The goal for the build was to have a daily driver that could also be raced—a tall order, but one that’s been met with success.