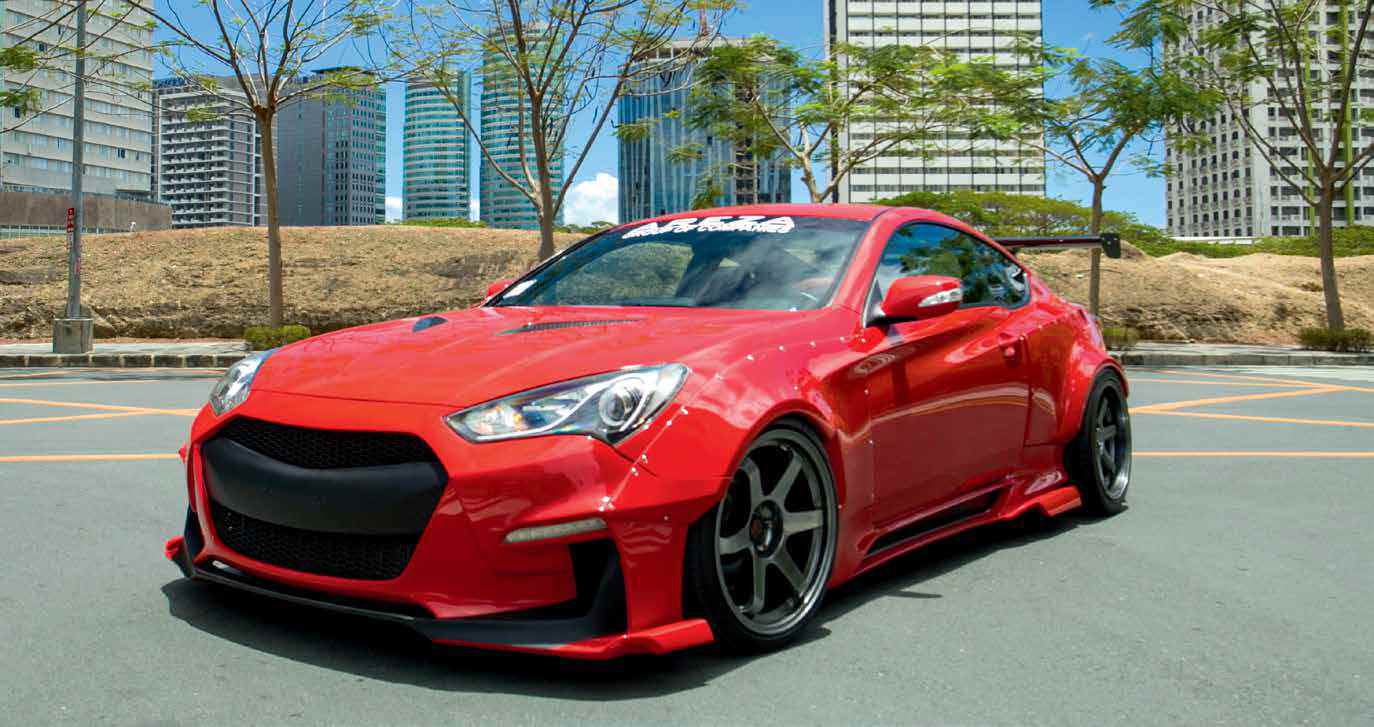 In 2009, the Genesis Coupe entered a Philippine market starved of affordable rear-wheel-drive sports cars, the last being the Nissan Silvia, which bowed out a decade earlier. It was a surprise hit. And within a few short years, it got a major overhaul, gaining more aggressive looks, a slightly better suspension, and more power.

Sadly, despite trumping alternatives costing over a million more, it was phased out in 2016, with no replacement until 2020 at the earliest. Thankfully, there are a number floating around on the secondhand market. Not all of them are ‘stock’, however!

The first-gen Coupe stickered from P1.3 million to P1.8 million, ranging from a 2.0-liter turbo with a six-speed manual to the top-of-the-line V6 with a six-speed automatic. Brembo brakes were an option for the V6. The 2013 second-generation car listed from P1.5 million to nearly P2 million. The 2.0-liter turbo received an additional 50hp and optional Brembos, while all engine variants were offered with a new eight-speed automatic. Nowadays, GenCoupes list for under P1- million. Very little money for such a capable grand tourer!

Because this is not a common car, parts are not easy to come by outside the dealership, but there is strong support among local enthusiast clubs for importing parts. All orders are indent, so prices will vary.