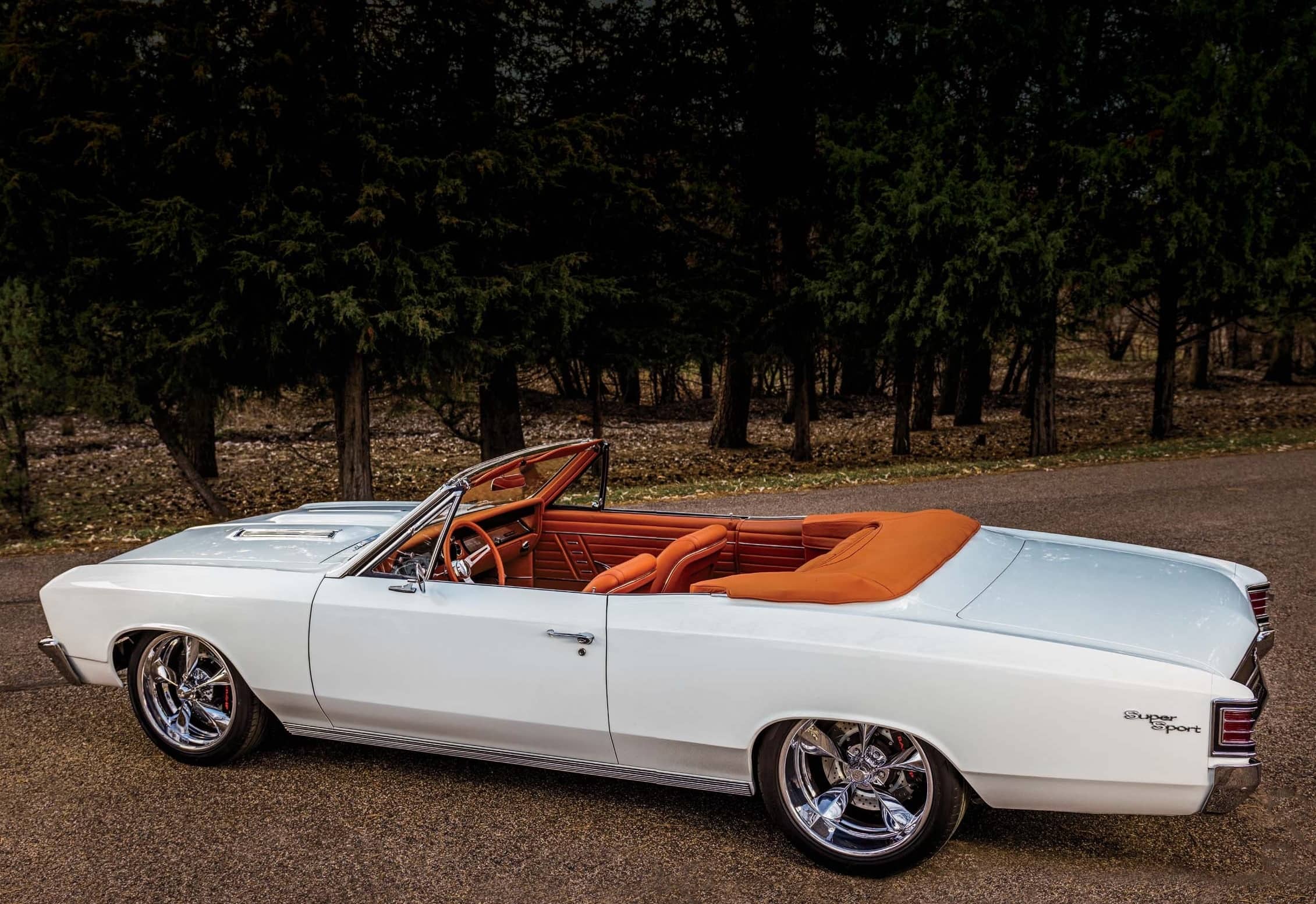 Found in a field, this ’67 Chevelle SS was given a new life and a stunning appearance

If you’ve ever taken a trip through the backroads of American’s rural heartland, chances are you’ve seen a car—or several—sitting in a field, surrounded by unmown grass and trees. Often, these collections of steel, fabric, and glass are wounded by the elements and appear forlorn, a memory of some random owner’s days gone by.

In the interesting case of Derek and Eileen Eisenbeisz’s 1967 Chevelle SS, the car they noticed parked in a South Dakota field several years ago was partially covered by a tarpaulin, with its heritage unknown at the time. All that could be seen was the nose of the car, with the tarp covering its nonexistent convertible top. Derek found a way to locate its owner and offered to purchase the car if it ever became available. Approximately three years later that opportunity presented itself. Soon thereafter, the chassis—sans the previously blown-up engine and transmission—found its way into a storage shed on the Eisenbeisz’s farm.

Cue the small-town coincidences so prevalent in American life. “As it turns out, the previous owner of the car is from my hometown and was my high school classmate,” remembers Eileen. “I recall the car, but I don’t think I ever got a ride in it then.”

When the car was found, its condition was rough but restorable and a VIN search disclosed that it was a “true 138” car, a factory-built ’67 Chevelle SS, which was inspiring information as the Eisenbeisz’s had big plans for the restoration. Once the car was purchased, it sat in their shed for three years before they were ready to undertake its rebirth.

The decision was made to deliver it to Paul Atkins Hot Rods & Interiors. Although there are approximately 1,300 miles between the Eisenbeisz’s Bowdle, South Dakota, home and Atkins’ shop in Hanceville, Alabama, the Eisenbeiszs were clear with their choice, as the Atkins team had restored another vehicle for them previously and they were very satisfied with the work performed.