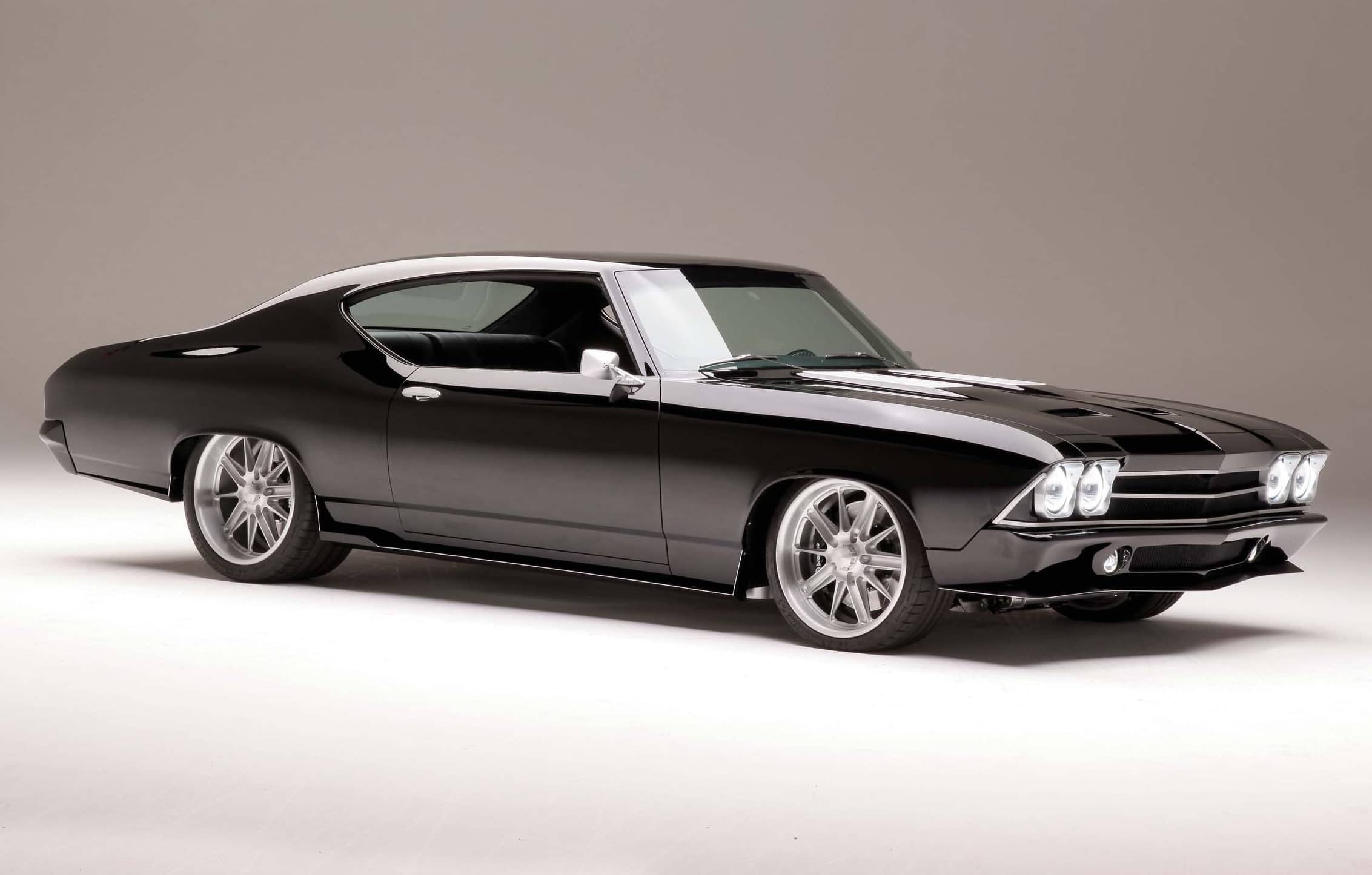 Every gearhead has dreams of the ultimate collection they’d assemble given the financial wherewithal to do so. Whether it’s an assortment of Italian exotics or muscle cars or a combination of the two, or even something else altogether, those dreams persist. In the gearhead’s amygdala—the part of the brain involved with the experience of emotions lives, unclouded by a lack of funds, time, or skill—the perfect assemblage of automotive excellence is chosen, dismantled, examined from every angle, and reconstructed, much like a restoration or restomod is when it goes under the knife.

In Bill Dickinson’s case, the financial resources are available to indulge his imagination, and the car you see here is the pinnacle of such. The amazing 1969 Chevelle was designed and assembled by Randy Clark, Jeremy Shelton, and the team at Hot Rods & Custom Stuff (HRCS), located in the City of Hidden Treasure, better known as Escondido, California.

“I started collecting cars over 20 years ago, and my goal was to start a collection that everyone wanted back when I was growing up. My dream has come true, as I have, in my opinion, one of the best trios a guy would want to own: a 1953 Chevy 3100 five-window pickup, a 1957 Bel Air two-door hardtop, and now this 1969 Chevelle,” says Dickinson.

As is the case for many of our Super Chevy feature cars, the stimulus for building this car is the memory of the 1969 Chevelle he cruised around while in high school. In his words, “one of the coolest cars to have back in the day.”

It’s still a cool car today, but Bill’s take on the perfect Chevelle makes a sharp right turn in the interest of performance and—dare we say—practicality, in the form of a supercharged LT4 engine between the shock towers. Bill arrived at the powerplant choice after careful consideration of his intentions for the Chevelle upon completion.

“Who can match General Motors’ billion-dollar research and development of a reliable, plug-and-play 650-horse small-block? It was a no-brainer!” he exclaims.