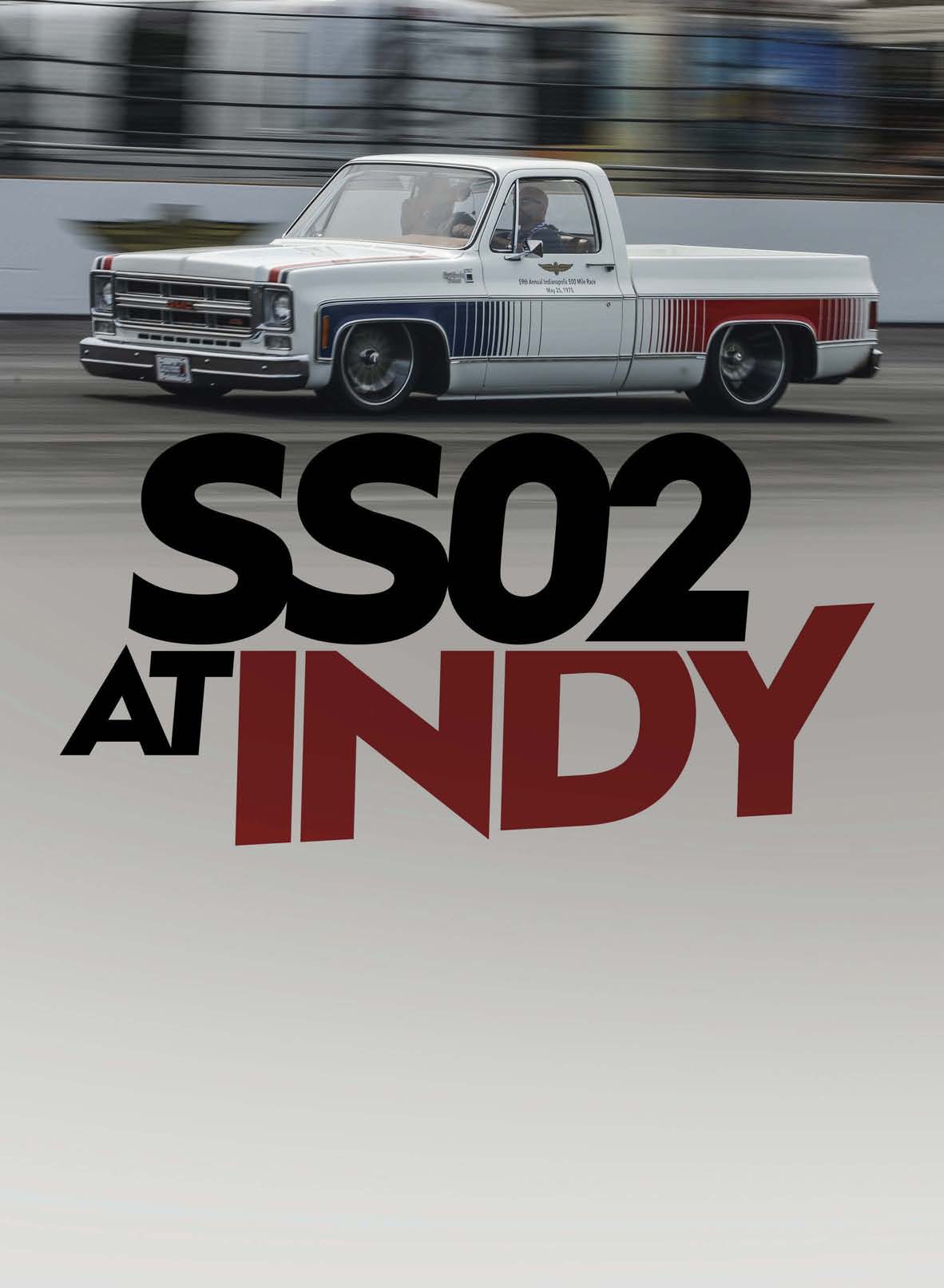 WHAT DO YOU GET WHEN SQUAREBODY SYNDICATE GOES TO THE INDY 500? When Joe Yezzi first envisioned the Indy 500 tribute design of SS02, that vision didn’t actually include the part where, a few months later, he would be driving behind the wheel of his creation on the infamous 2½-mile track of Indianapolis Motor Speedway. So many pieces had to fall into place for something so significant to even begin to happen.

It all began on opening day of SEMA 2018, when Joe Yezzi and Rob Yezzi pulled back the covers to a large crowd of C10 truck enthusiasts. In the crowd was also Davey Hamilton, retired Indy car driver, who was at the time part of the Royal Purple crew hosting SS02 for the week. When Davey saw the truck and the Indy logo on the door, he knew IMS President Doug Boles would get a kick out of it and asked him to come by and check it out. Not too long after that, Joe was shaking hands with Doug, talking Indy history and getting the most important invite of his life: Doug had offered to have SS02 come out and be a part of the 103rd running of the Indy 500. Davey would take the truck around the track for a few laps, be parked on the bricks for a special photoshoot and have a spot at the museum to display for the weeks festivities.

As months went by, Joe and the crew prepared the truck to run the track. With hardlines and bag limiters commissioned from Jason Berland of Arizona High Test, many other small mods were made to further raise SS02 to another level. On just a handshake and a couple of short emails and phone calls, Joe began to lock down the logistics of traveling 30 hours away. But they could only imagine what to expect.