The Chief Making The Best One Better 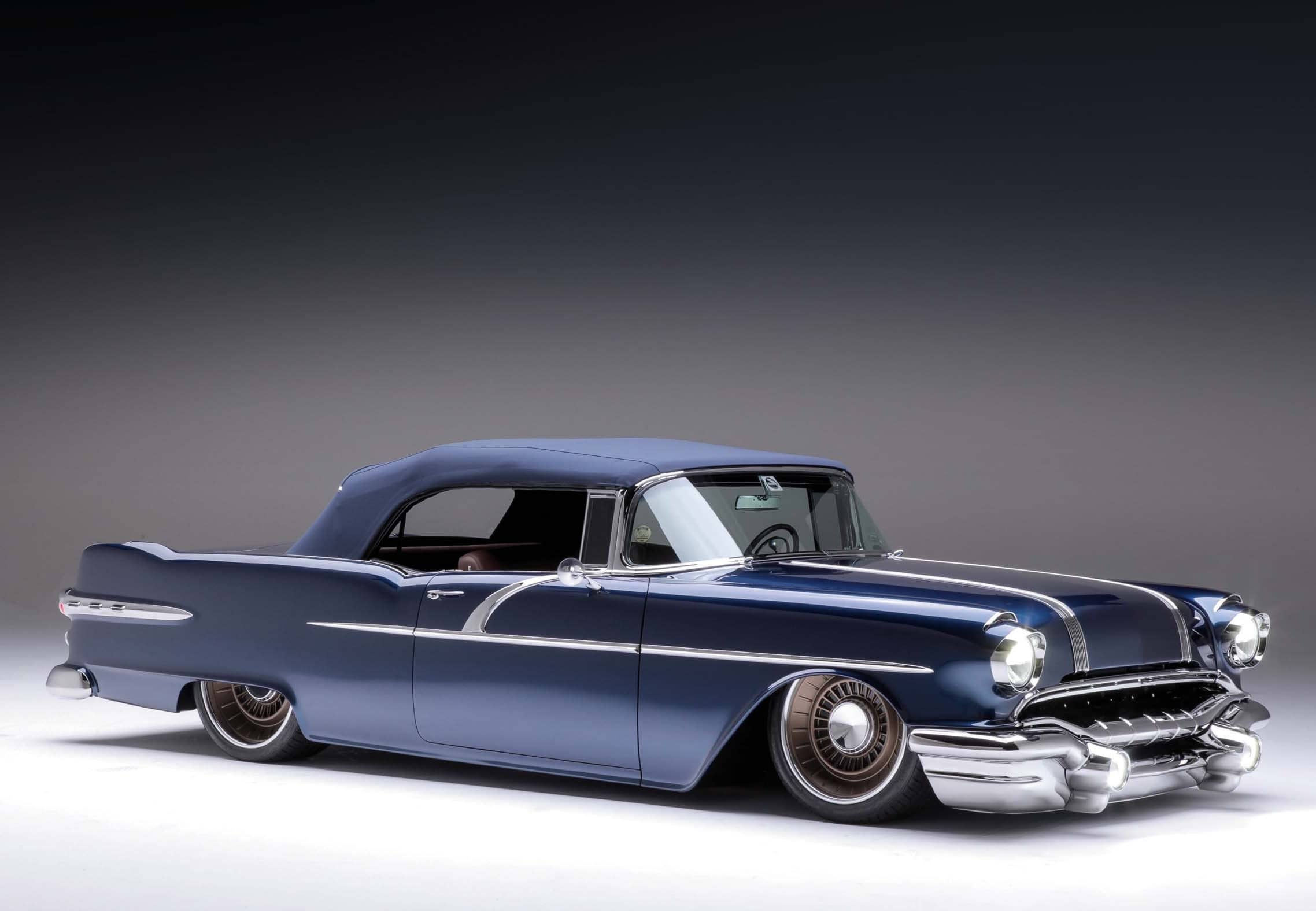 Is it an adage or an expression—one thing is for sure it wasn’t Confucius who once said start with the best example of a car you can find and then build it from there.

For Frank Howard the high-end custom car experience was to pay a few dues before he could latch onto the ’56 Pontiac Star Chief convertible that came to be affectionately known as “The Chief.”

Frank went from having high-end chopped Harley-Davidsons built to attending the better-known car auctions to amass a stable of cars. The only problem with car auctions is decisions are made publicly in a seductive environment with only seconds to decide to buy or pass.

After the fact Frank would take his latest auction find to Tim Kilkeary at Customs by Kilkeary in Eighty Four, Pennsylvania, and dump $10K or so into a car to bring it closer to right. This went on for a few cars when Kilkeary suggested that he’d accompany Frank to check out a car in a lower pressure situation. The two arrived at a Pontiac guy’s collection and found the ’56 Star Chief convertible advertised to be a perfect, low-mile, rust-free example.

As soon as the ’56 convert arrived at Customs by Kilkeary the first thing to do was put a raft full of un-needed stock ’56 Pontiac parts up for sale on Craigslist. In place of the original frame an order went out to the Roadster Shop for a bespoke Fast Track chassis with a 123-inch wheelbase, 60-1/2 inches of track in the front and 59 inches in the rear. After completing The Chief’s mockup, Antonio Carosella at Pittsburg Powder Coat powder-coated the chassis and related parts. The front suspension features C6 Corvette-style spindles with Wilwood Aerolite 6R 15-inch disc brakes with vented rotors.

MORE STORIES FROM STREET RODDERView All