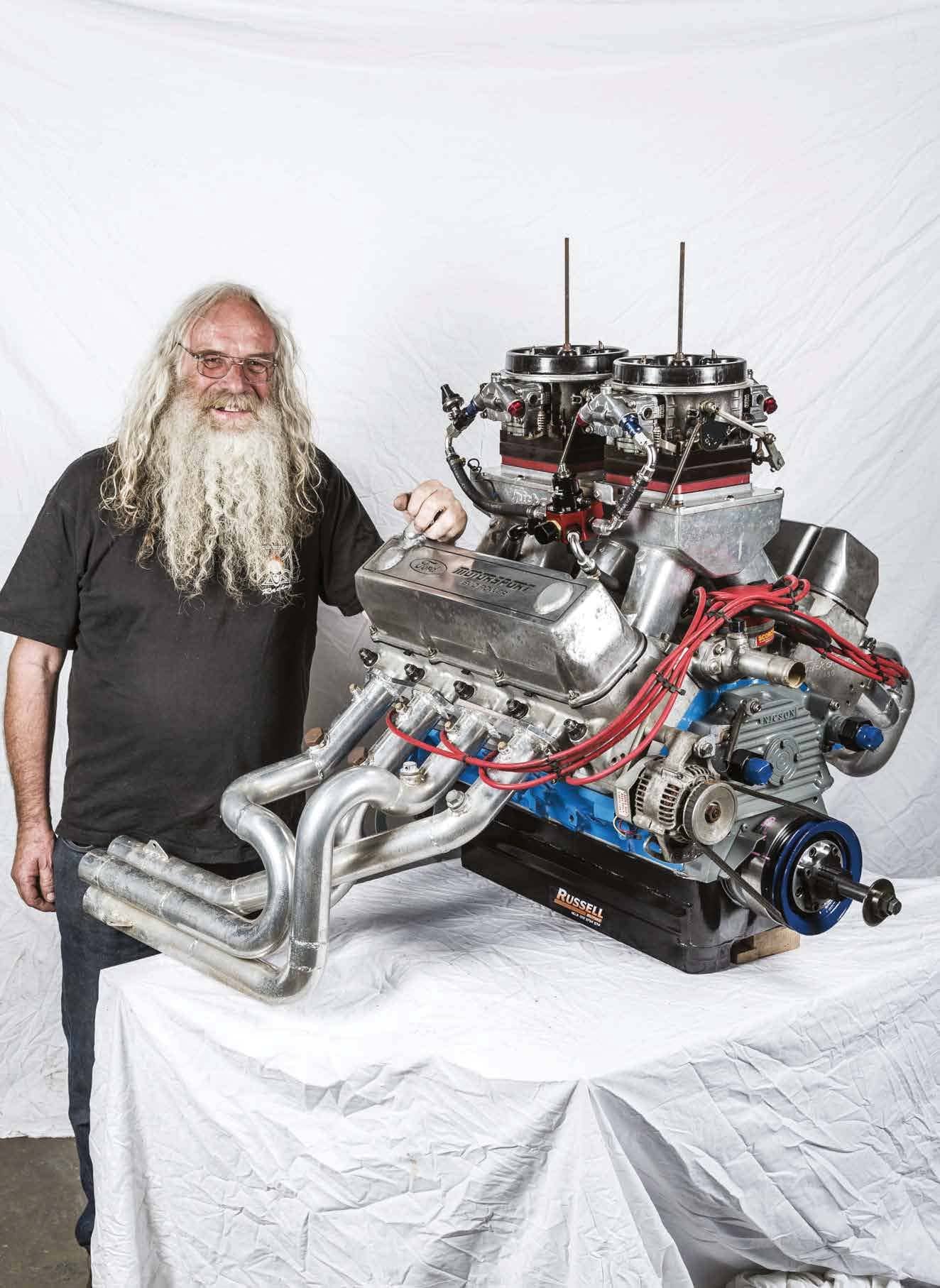 YEP, you’ve caught us out. We’ve done a Legend yarn on Norm Hardinge – he of Aussie Desert Cooler and Big Knob Racing fame – before, back in the May 2003 issue. But like his mate Rod Hadfield, Norm has an oversized store of good ideas, plenty of ambition and a voracious appetite for hard work – meaning we are well overdue for round two. This time, we brought Norm’s partner Vicki Howard into the conversation as well. As you’ll see, Vicki is an essential part of the story.

Back when we did that 2003 story, you guys were a few years into your salt racing career, but you were already dreaming about taking the Big Knob ’34 roadster to the US to race at Bonneville. 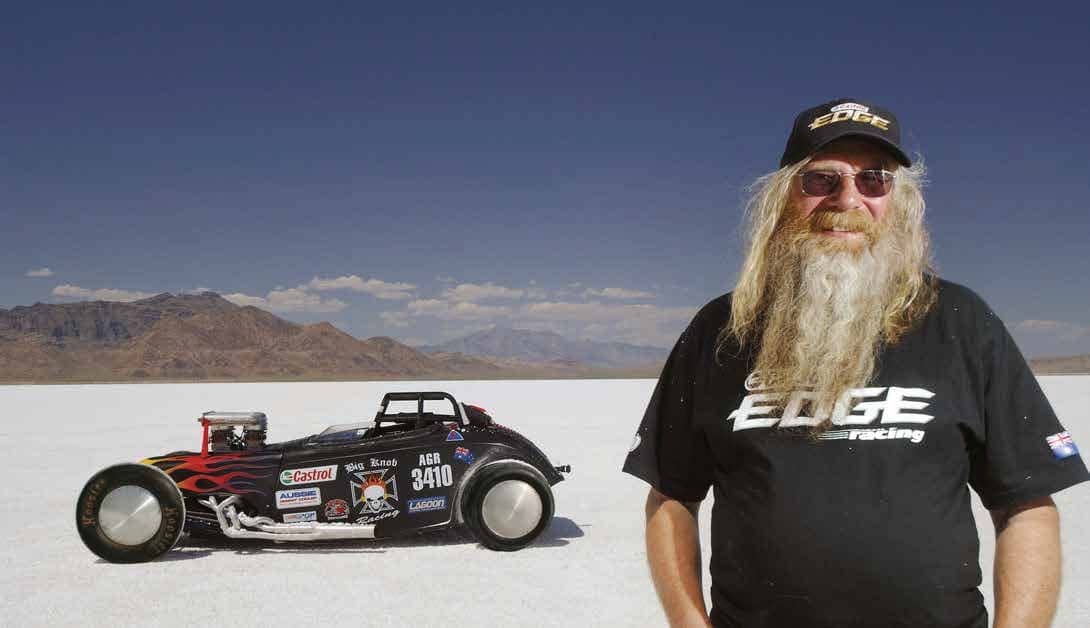 And years later, you went back and set a SCTA record in a VW?

NORM: Yeah, I met my mate Chris Mursick when he came out with Keith Turk to Lake Gairdner in 2017. I ended up going back to Bonneville that year for a look, and when Chris saw me he told me I was driving his car, a Karmann Ghia. I ran a 124mph record in Fuel class. We found out when the car was in impound that we did it with one plug lead off [laughs].

What is the best the roadster has ever done, and how far has it come?

NORM: The very first year we raced it in 2000, me, Vicki and our mate Oggie drove. Vicki beat both of us with 140mph. The absolute best it has done in the following years was 212.653mph. 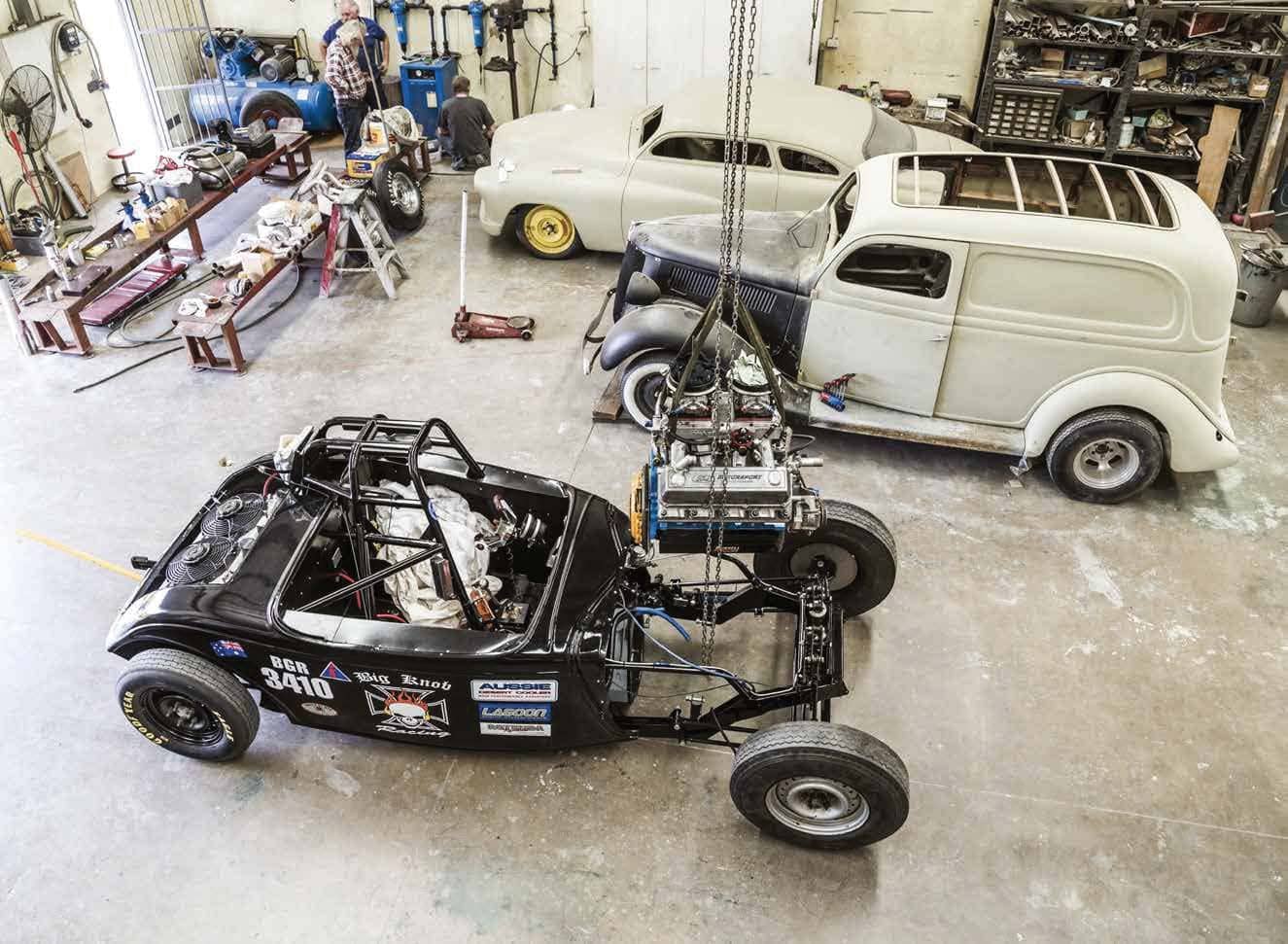 You’ve always had Ford big-blocks in the roadster, but we hear you’ve done the unthinkable and gone to the dark side?