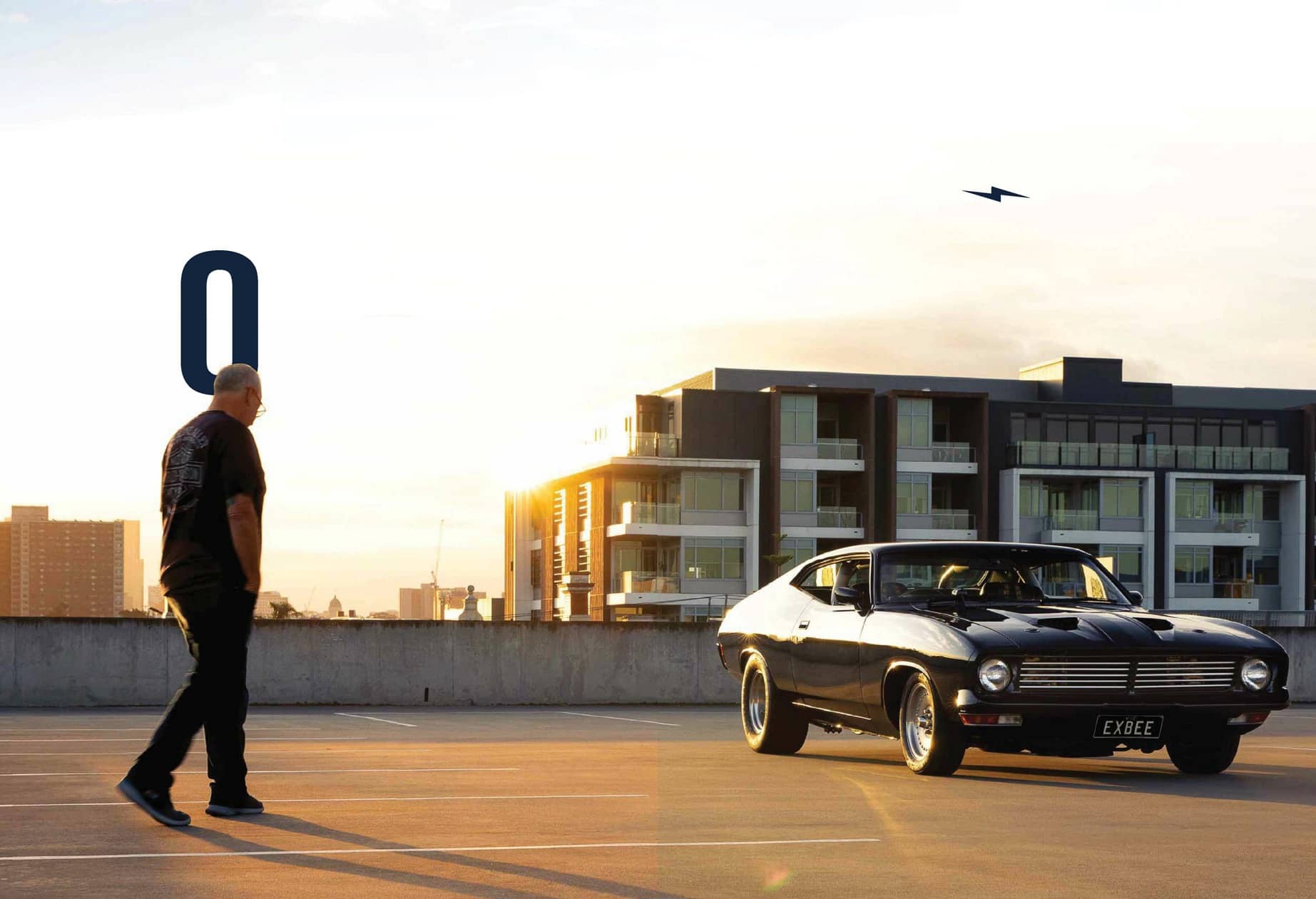 After 41 years and the automotive adventure of a lifetime, howard nessen is finally ready to call his iconic XB hardtop ‘done’

You had me at the grille. When the photos for this feature landed on my computer screen, I saw that custom grille and instantly knew the car: Howard Nessen’s XB hardtop. The grille alone symbolises how to create an iconic street machine that will be recognised for decades to come.

How young was I when I first saw it? I had nary a sprout of pubic hair as I BMX’d home with the new Feb/Mar ’84 issue of Street Machine. Among a brace of ’55 and ’56 Chevs highlighted that issue, I spied a feature on a tidy Red Pepper XB hardtop with the headline ‘Key to the Car’, complete with that trademark grille.

“This is actually the fourth time the XB has been featured in Street Machine,” the now 61-year-old Howard says. “It was also featured in Jul/Aug ’91 and Jul/Aug ’95 – and was a SMOTY nominee for ’95 – so surely this is a record or something!”

The XB left the factory as a well-optioned GS Fairmont running 302 Clevo power when bought brand new by Howard’s dad, Ben, in 1974, and was given to Howard as a 21st birthday present five years later. It was a mint car with only 30,000 miles on the clock, but Howard immediately stripped it down for a full respray in the factory Red Pepper hue. Shane Cable hotted up the 302 with a 650 Holley, extractors and Sig Erson cam, and swapped out the C4 for a Top Loader cogger.

A nine-inch conversion was an immediate improvement over the factory BorgWarner for strength, while 4.11 gears kept Howard busy with the newly acquired manual shifts. A mix of lowered front coils and raised rear wagon springs gave it the right 1980s rake, and a set of Auto Drag-style Enkei rims sorted its street cred. It was a quick streeter for those days, with a 14.4-second ET at Calder to its name, but it wasn’t long before Howard wanted more.

“I’ve been mates with Shane since I was 17, and he and Athol Burns at Cable Burns Race Engines have built me six engines over the past four decades,” Howard says. “I eventually get used to the power of each combo, so I need to keep stepping them up.”

The car was cruised and raced in this guise until 1991, when an unfortunate combination of a wet road, too much jandal and a power pole left both Howard and the XB pretty messed up. “I hit the pole head-on at 50mph and it made a mess,” he says. “It was at this time that I met Tony and Elio Bernardone from AE Automotive in Burwood, who convinced me to take it back to bare metal and start again.”