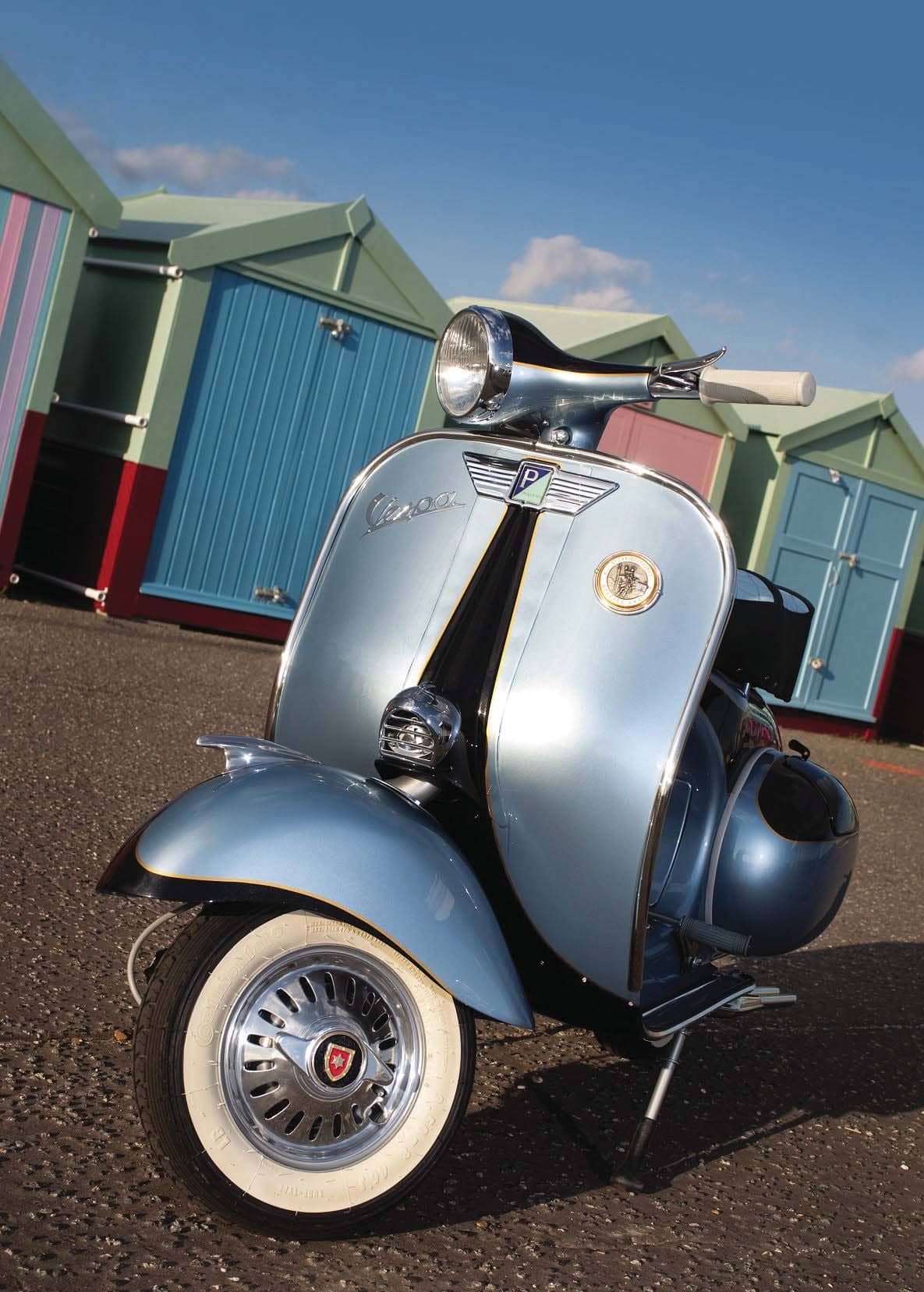 The Merton Parkas once sang ‘A man ain’t a man with a ticket in his hand… you need wheels’. What better way for a man to make himself outstanding amongst his peers than to enhance the machine he rides?

Whether it was a creative owner or an enterprising dealer that first started customising their scooter will never be known, but all too soon scooter dealers had latched on to the fact that many riders wanted a machine that was not only their own, but was immediately identifiable as being that of a certain rider.

One early exponent of this style was Northampton-based Andre Baldet, who is reputed to have taken inspiration from scooters that he had seen on the Continent. Seeing a marketing opportunity, he brought his ideas back to the UK and applied them to machines in his showroom, and immediately provided lucky owners with not only a distinctive machine, but one that was instantly recognisable as a Baldet supplied scooter.

In no time at all it seems, anybody that aspired to be anybody on the scooter ‘clubman’s’ concourse circuit not only had to have a well maintained and presented machine, but one that visually stood out from the assembled competition. Vivid colours enhancing the scooter’s stylised flanks could be teamed up with accessories both practical (in the case of carriers of all sorts) and purely ornamental (bodywork embellishers and the likes) in the quest for individuality. Genuine examples of dealer specials have become incredibly collectable, their rarity reflected in the price asked when they change hands, and their scarcity has spawned a myriad of replicas, some even being based around genuine surviving parts.