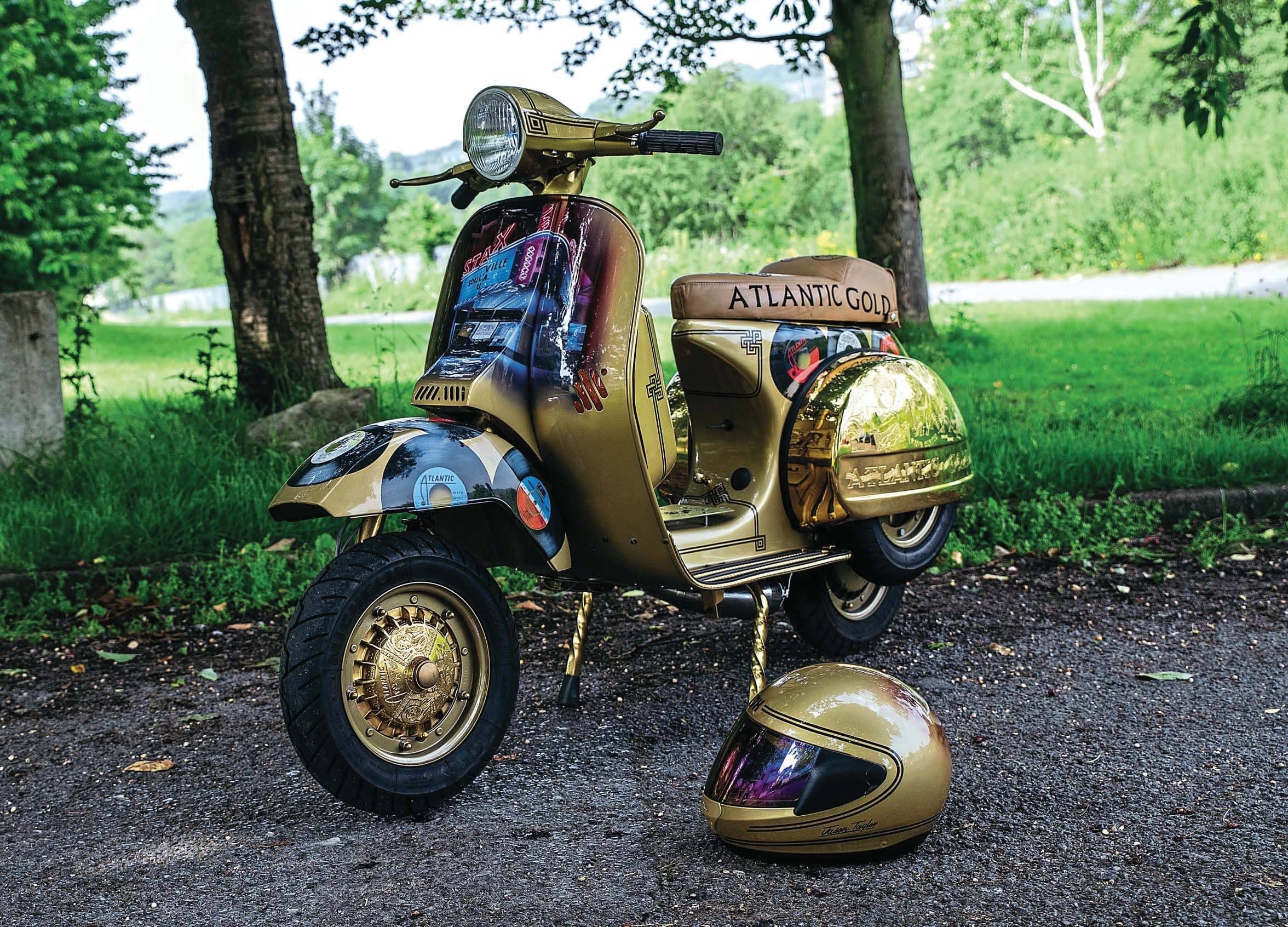 For over a decade it was one of the UK’s most popular custom Vespa scooters and now Atlantic Gold is back, reinvented for a new era.

There are few scooters that really sum up an era, but Atlantic Gold is one of them. Bursting on to the 1980s custom scene it was an instant crowd pleaser, but its story is complicated. In fact, as owner and creator Jason Taylor explained, it’s actually the history of two machines.

“Many people remember Atlantic Gold from the 1980s,” began Jason. “That was sprayed by Maca at Down Town Custom and picked up plenty of trophies at rallies up and down the country. It was always a ridden scooter and unfortunately that was the cause of its demise. A car pulled out of a side street and side swiped me. The scooter was too badly damaged to repair and was scrapped.” 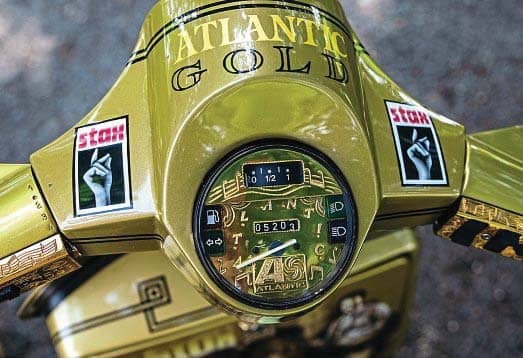